Exploring the history of Brunswick House

Exploring Brunswick House, the Georgian Mansion sitting against the backdrop of St Georges Wharf on the riverside. 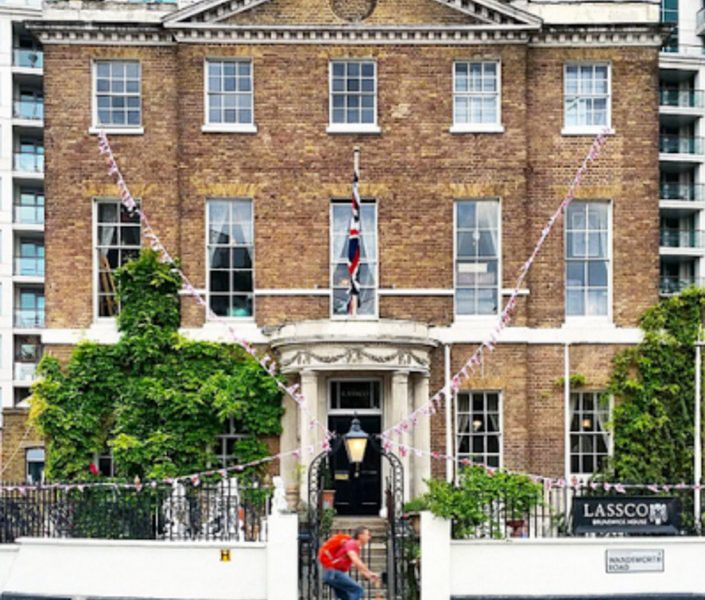 On your way into Nine Elms, approaching from the Vauxhall side, you will notice against the backdrop of St Georges Wharf, a distinctive freestanding Georgian building. This is Brunswick House (originally Belmont House), itself based on a seventeenth century building, the cellars of which are still in use.

Having withstood a large fire in 1850 and several renovations, it is safe to say that Brunswick House has stood the test of time and now stands as one of the few remaining original pieces in Vauxhall’s somewhat tumultuous history. 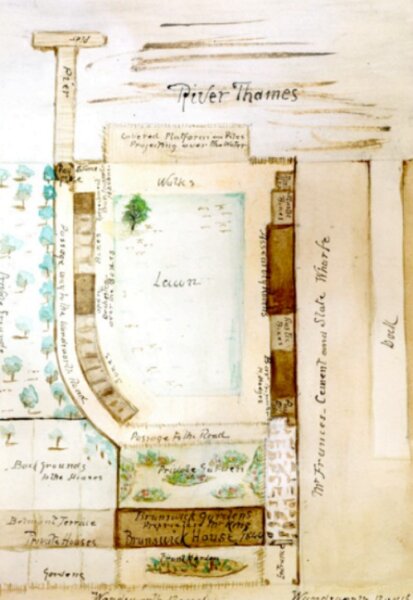 There is nothing ordinary about this Georgian mansion; its history is rich and plentiful. It was once occupied by Friedrich Wilhelm, the Duke of Brunswick-Wolfenbüttel, who absconded to London after the battle of Wagram in 1809 with Napoleon. He lived there for two years – from 1811 to 1813 – before dying in the battle of Quatre Bras against Napoleon.

A decade later saw the birth of the Reverend Henry Williams Baker in the building. He went on to write many illustrious hymns from “The King of Love my Shepherd is” to “Lord Thy Word Abideth”.

Moving forward, in 1838 the London and Southampton Railway Company was established providing a critical link between the capital and Southampton’s docks. Their marshalling yards and goods sheds are now underneath New Covent Garden market, the US embassy and Sainsbury’s.

Following the rapid industrialization of the area Brunswick House became an office building, first for the adjacent gas works and in 1860 for the railway company which had been keen to acquire the riverside lawns for wharf access. (St George Wharf now occupies that space). 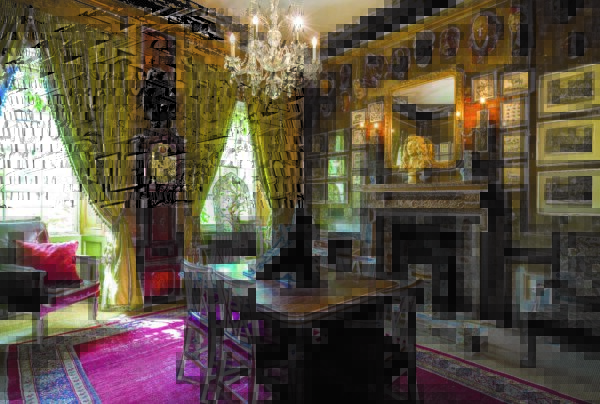 In 1967 the Nine Elms Locomotive Power Depot shut over a disagreement with New Covent Garden Market about funding for a new station. Later in 1994, following the then Prime Minister John Major’s privatization of the railways, the building was offered to the staff association which had occupied the upper floors since the 1860’s. The British Rail Staff Association Brunswick House branch, to give it it’s full name paid the princely sum of £125,000.

In 2002 one of the club’s trustees, forged the signatures of his fellow trustees and pocketed half a million pounds and moved to France!

The new owners left the building empty and soon after it became home to squatters who hosted illegal raves, vandalized and almost burnt the building down again. As a result, it ended up on the English Heritage register of Buildings at Risk.

Adrian Amos, the proprietor of the London Architectural Salvage Supply Company, with his strong antiquarian interests was delighted when Brunswick House was put up for sale.

The first six months of the company’s occupation was one of restoration- fireplaces, doors, windows, radiators had all been stolen or vandalized; the staff club’s archive of minutes, photographs, newspaper clippings had disappeared, used either to light fires or stolen. 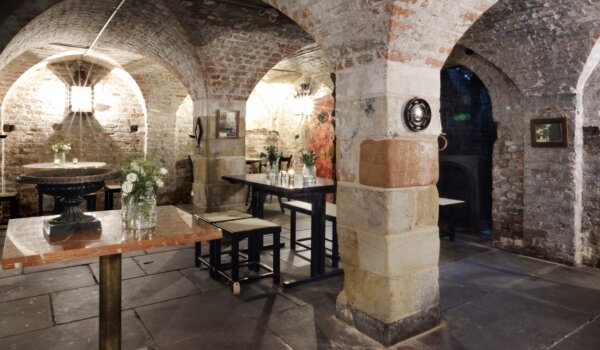 “Brunswick House is a slightly ironic comment on skyscrapers – in five years we will be in a canyon. It encourages young people to appreciate architecture other than green glass and aluminium frames. It is a place for people to come and relax, and not be corporate. It’s not a knock on ‘corporate’, but some of the rooms in Brunswick House are unchanged from the 1780’s.”

Today Brunswick House sits on the edge of the Vauxhall gyration as a unique remnant of the area’s history. Upon walking into the building, you get an immediate sense of stepping back into history. The original building is now used as an event and private hire space, to sell antiques, and is home to a modern but eclectic British restaurant. 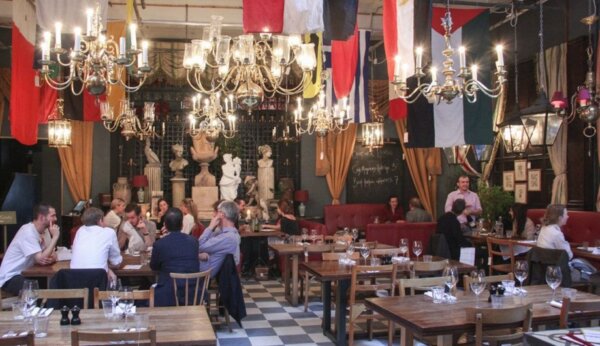 We’ve had the pleasure of getting to know Brunswick House and we encourage all in the nearby area to visit the building and experience the old-world which now sits alongside London’s newest quarter.  Stay tuned to the Nine Elms website for updates on events and news regarding Brunswick House.