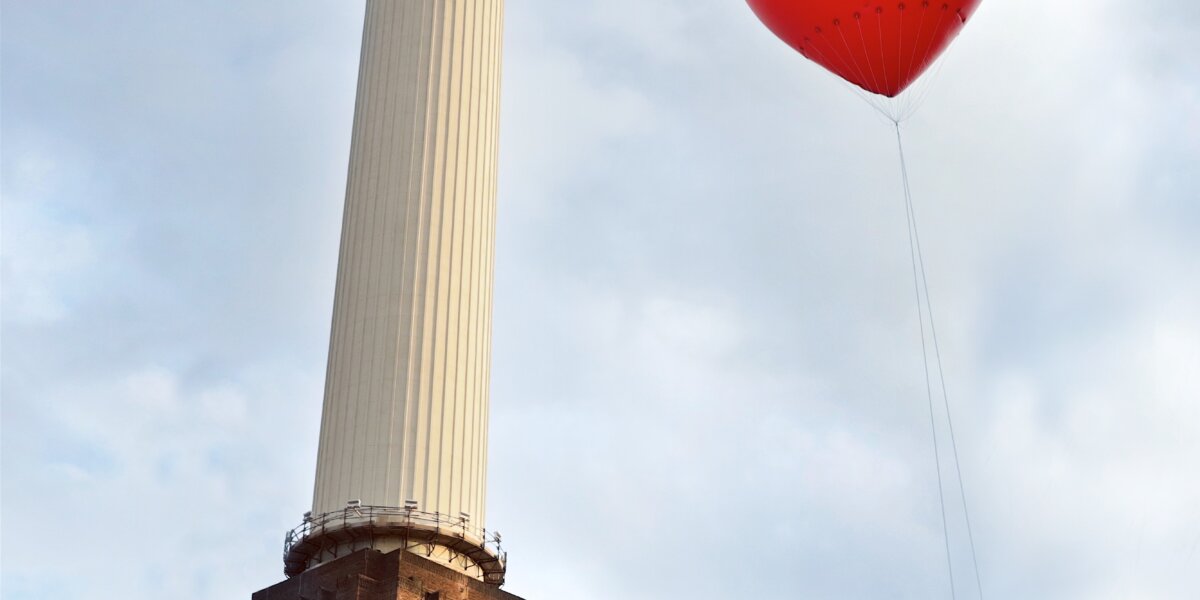 Starting on Valentine’s Day, and continuing on as a celebration of London Fashion Week, giant Chubby Heart balloons will be suspended over (and sometimes squashed within) famous London landmarks and prominent locations across the city as a love letter to London.

Part inspired by the iconic Pink Floyd Animals album cover which saw an inflatable pig, named Algie, fly between the chimneys, the Power Station was selected as the launch location by the leading fashion brand ahead of the building’s transformation into a new global retail and visitor destination.

The balloon floats above Circus West Village at Battersea Power Station, the first element of the £9 billion masterplan, which is now home to a thriving community of people who live, work or come to enjoy the many new restaurants, cafes, bars and cultural events on offer at this new riverside quarter.

The Mayor of London, the British Fashion Council, the City of Westminster, Councils, Landowners, Businesses, Districts and the Civil Aviation Authority have all come together to create the project.

“The idea for this project came to me whilst sitting in a packed Royal Festival Hall. I was in awe of the resilience of Londoners and its visitors. Tying giant helium filled Chubby Hearts on to buildings all over the city is simply a ‘surprise love letter to London’ as a tribute to its strength and to celebrate our amazing creative city.”