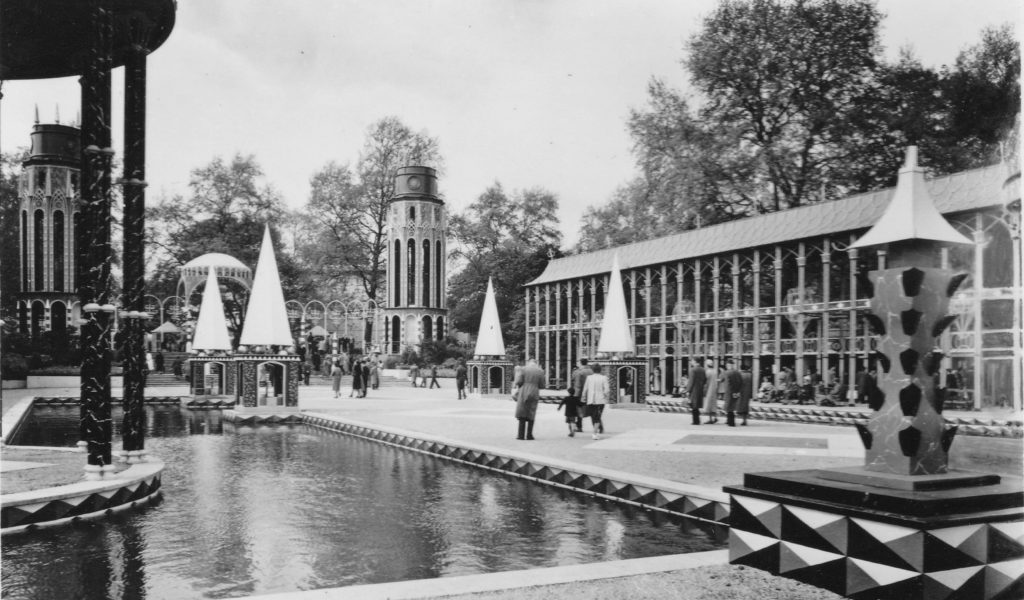 This week marks the Festival of Britain’s 70th anniversary, but did you know Battersea Festival Gardens played a huge part of the celebrations when it originally opened in 1951?

In the bleak years after World War II, the government wanted to focus on a brighter future by creating a tonic for the nation. The Festival of Britain opened on the South Bank on Friday 4 May 1951 to celebrate all that was great about British science, industry and design with Battersea Park chosen for the light-hearted part of the celebration.

Festival Director-General Gerald Barry declared: “1951 should be a year of fun, fantasy and colour.”

Visitors travelled by boat from the South Bank to the park’s riverside pier. As darkness fell, lighting from the water features, the chandeliers in the dance pavilion and the fireworks created an atmosphere of magical escapism. 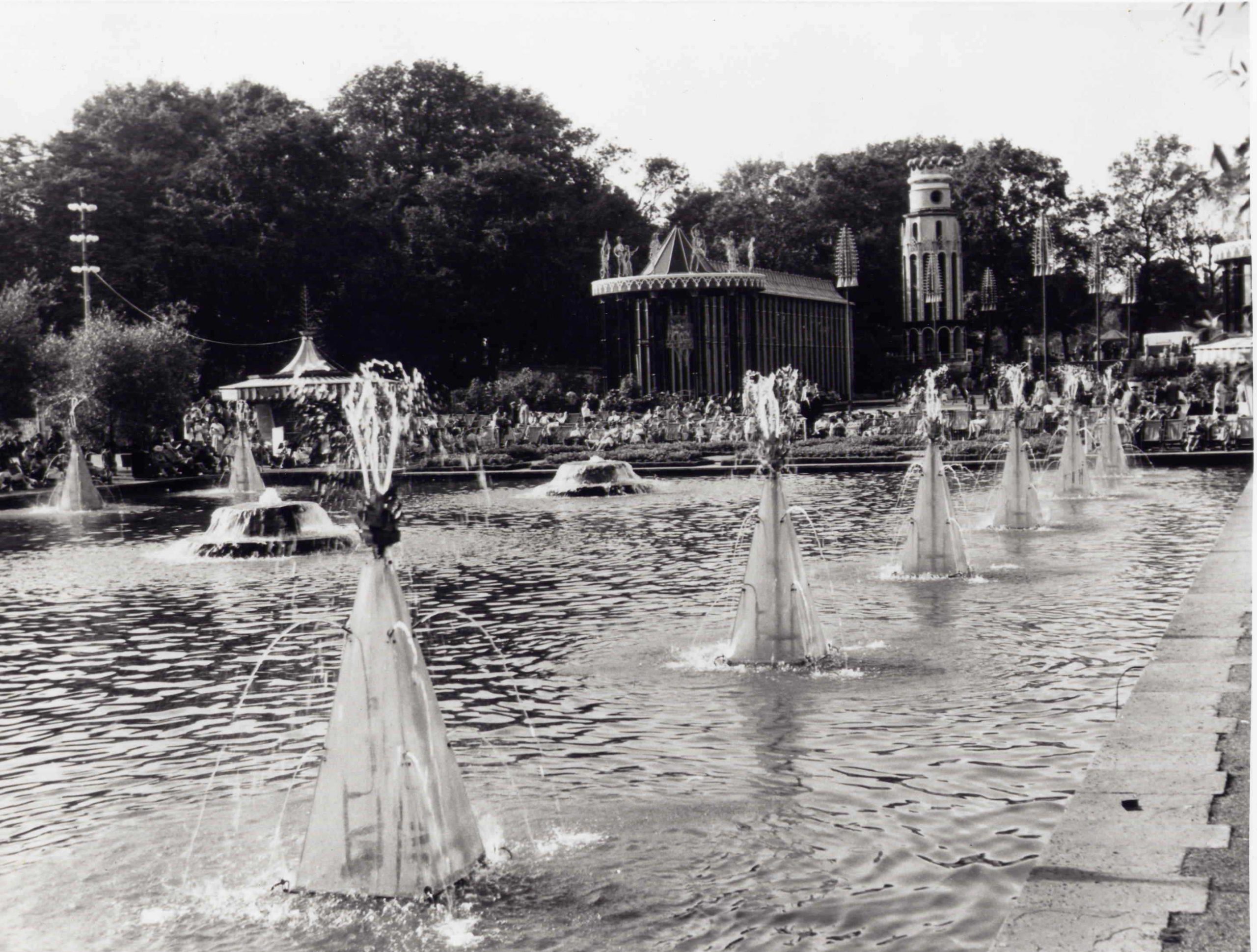 Despite opposition to the cost, the Festival committee won £30,000 (close to £1 million in today’s money) from the Treasury to purchase spectacular new rides from the USA. The Sky Wheel, Moon Rocket, Big Dipper, Flying Cars, Boomerang and many more rides provided thrills and excitement that ensured that the crowds flocked in from Nine Elms, Battersea and further afield. 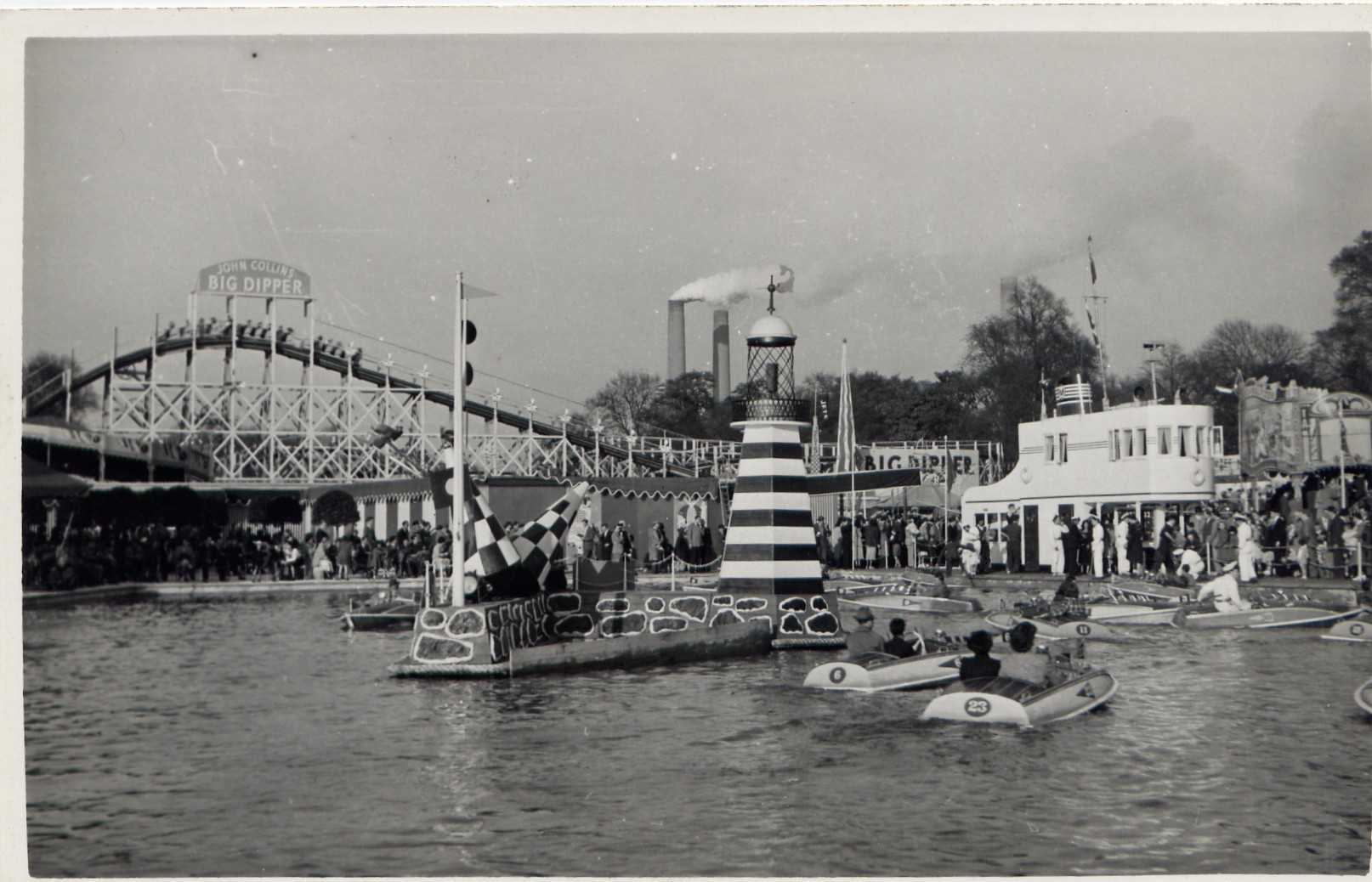 The mini-railway adopted the style of Punch cartoonist Rowland Emett, bringing to mind the British characteristics of whimsy and silliness which had raised spirits during the war. Passengers could travel the 500 yds from one side of the gardens to the other for a shilling (5p). Three quaint engines, Nellie, Neptune and Wild Goose hauled carriages between the grandiose Far Tottering Station and Oyster Creek. The mini-railway proved so popular that it covered its costs in just three weeks. 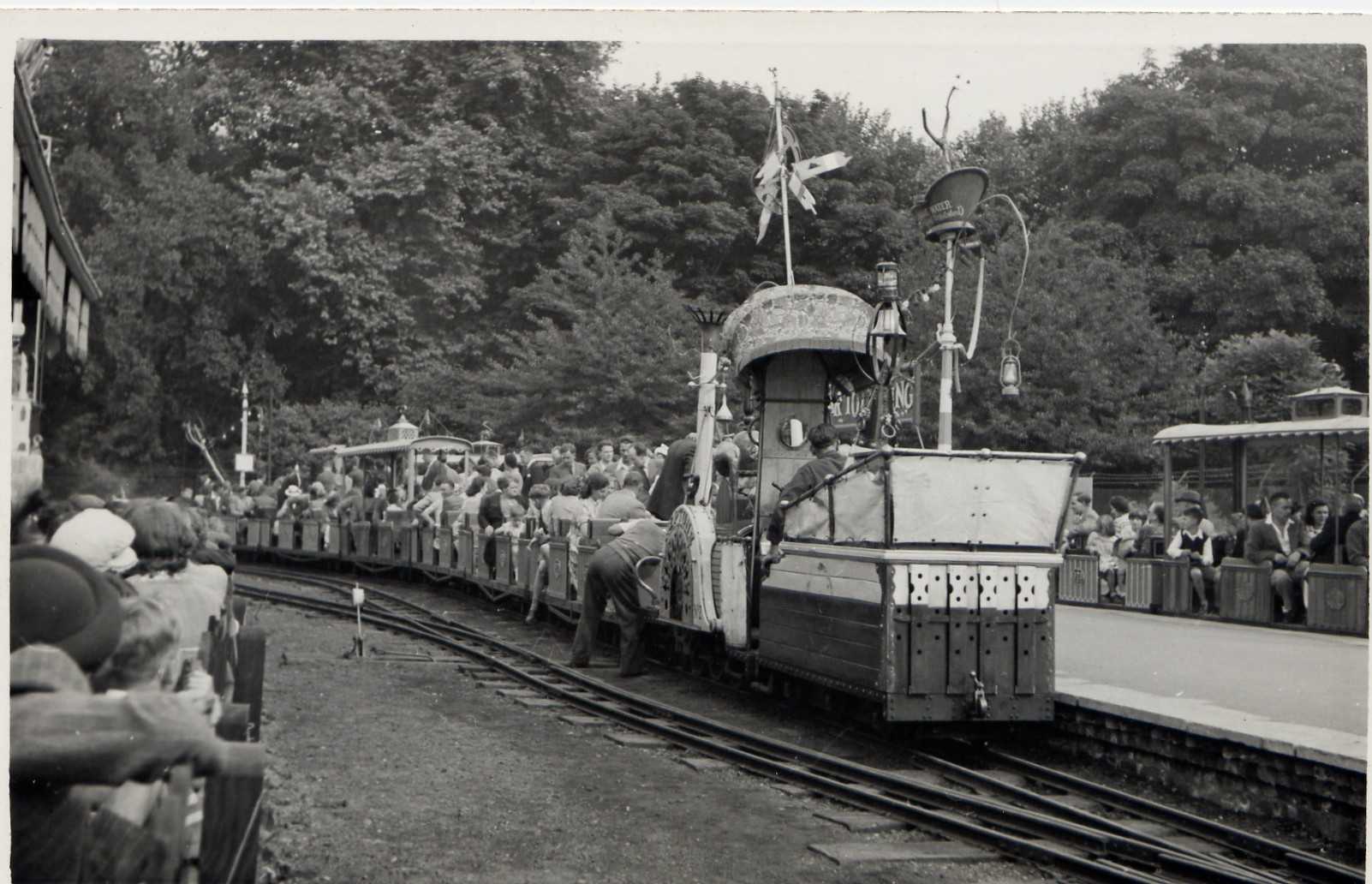 After six months, parliament held a debate to consider the future of the gardens. It was reported that over eight million people had visited, more than 70 per cent of whom were Londoners. It was agreed that the gardens should remain open after the Festival of Britain ended, with the funfair surviving until 1974. Some of the original features can still be seen in Battersea Park today, see if you can spot them!

This article was kindly provided by the Battersea Society to celebrate Battersea’s involvement in the Festival of Britain. The society aims to strengthen Battersea’s sense of identity and community, stimulate interest in its geography, history, and architecture, and to promote excellence in new developments whilst conserving the best of the past.

Check out the Battersea Society website to find out more.

Read more about the heritage of Nine Elms