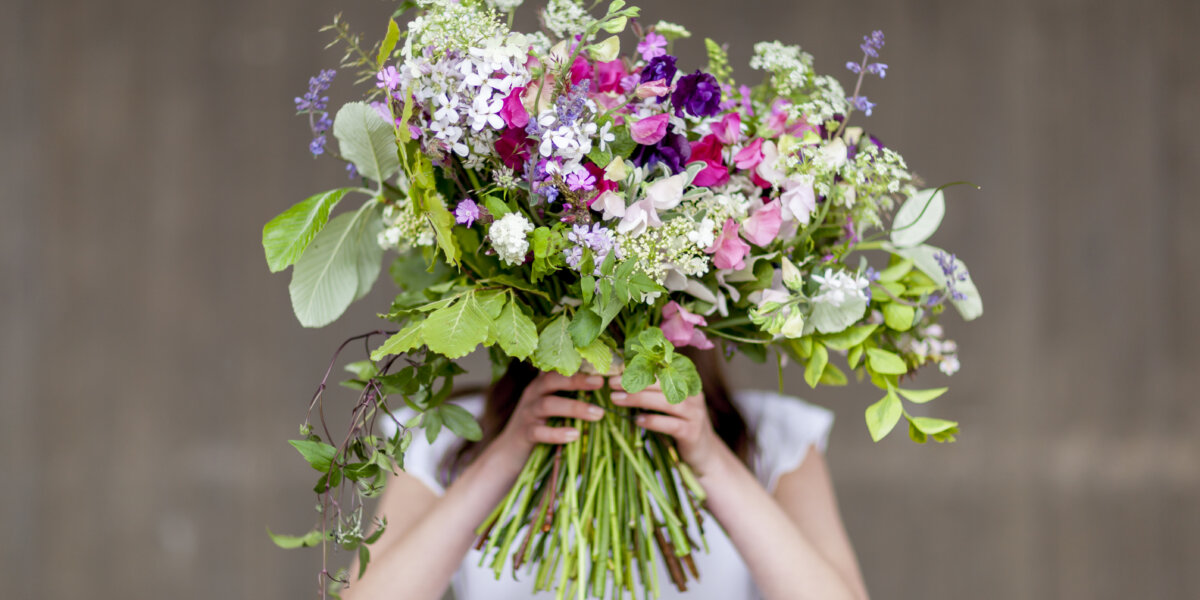 With summer upon us, British Flowers Week (Monday 19th – Sunday 25th June) brings together independent florists, wholesalers, flower growers and consumers to celebrate the very best of UK talent and raise awareness of British flowers. Run by the UK’s premier floral wholesaler, the Flower Market at New Covent Garden Market, and now in its fifth year, the week will be marked by the release of 15 specially commissioned floral designs from five of the country’s top florists.

The UK flower and plant industry is currently worth over £2.2 billion, with sales of British flowers around six times the value of sales of vegetable du jour kale. Meanwhile, there is a real resurgence of British blooms afoot with 12% of the flowers we buy now coming from home soil – up from 10% in 2013.

British Flowers Week is all about celebrating British flowers and the people who grow them, sell them and create stunning designs using them, keeping the floristry industry fresh and inspiring. This is something British Flowers Week organisers, New Covent Garden Market, know a thing or two about as the UK’s biggest, specialist flower and plant hall supplying 75% of London’s florists. Throughout the week, people can expect celebrations of British flowers all across the country in flower shops, city centres, stately homes and gardening shows, with flower farm open days and floristry workshops. Meanwhile, social media users can get involved using #BritishFlowersWeek and following this hashtag to see some of the stunning displays which have been created by this year’s winners.

Each year, florists representing the crème de la crème of the floristry industry are chosen to take part in a special photoshoot for British Flowers Week, showcasing truly spectacular best-in-class designs. Florists are asked to create three floral designs; a showstopper, a technical challenge, and a signature arrangement, all celebrating the best of British flowers and floristry. Entries to this year’s competition to choose five florists were judged by a panel of British flower ambassadors including head judge and royal florist Simon Lycett, joined by Shane Connolly (celebrity florist and florist by appointment to both HRH The Prince of Wales and HM The Queen), Alice Vincent (Daily Telegraph journalist ‘treading the line between plants and pop culture’) and Amy Gray (Horticultural Adviser and National Farmers’ Union).

This year’s five florists singled out for their green fingers and design flair are: 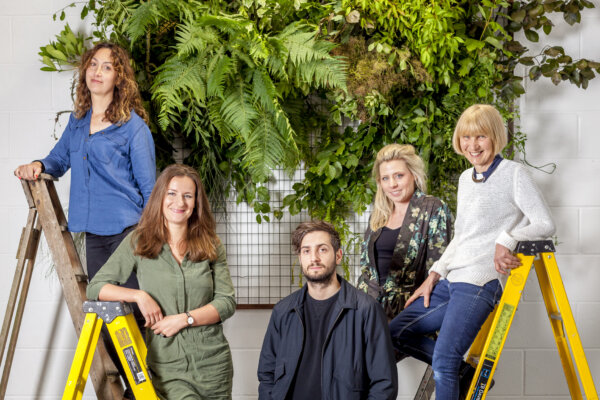 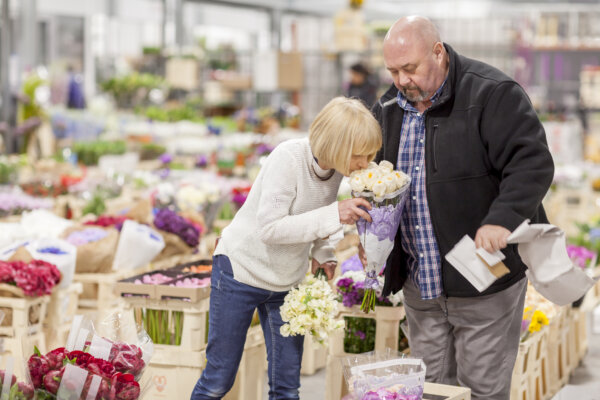 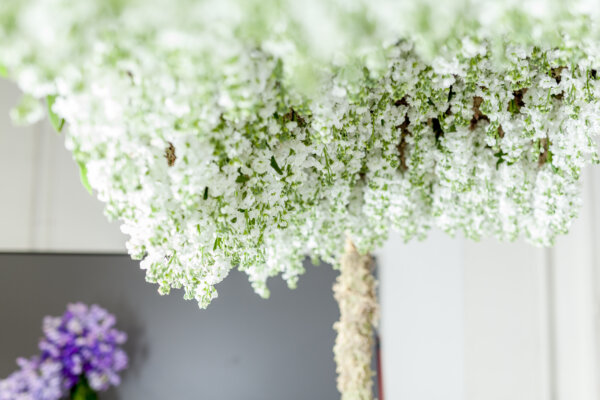 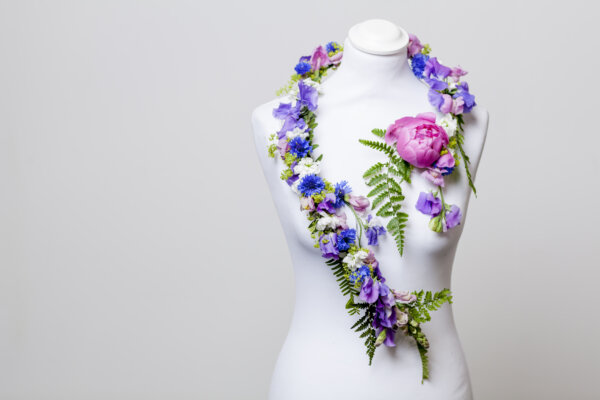 Tipped by The Evening Standard as one of the best wedding florists in London, and previous New Covent Garden Market Florist of the Year, Mary Jane Vaughan is one of the most sought-after and highly regarded florists in the city. Along with her creative team, Mary Jane takes care of flowers for events and weddings in some of London’s most exclusive venues. Created in their studio just minutes away from the Flower Market, their designs have graced red carpets, sky scrapers and art galleries, amongst others. Mary Jane is committed to always buying British-grown flowers where possible, making her a perfect ambassador for this year’s British Flowers Week. 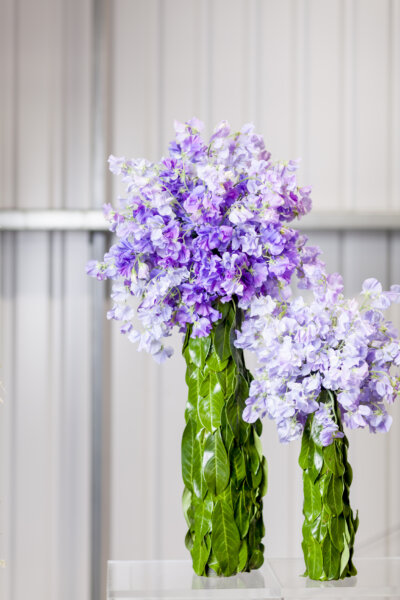 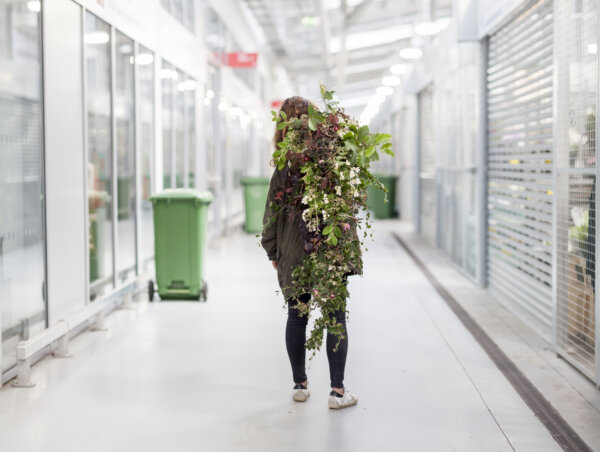 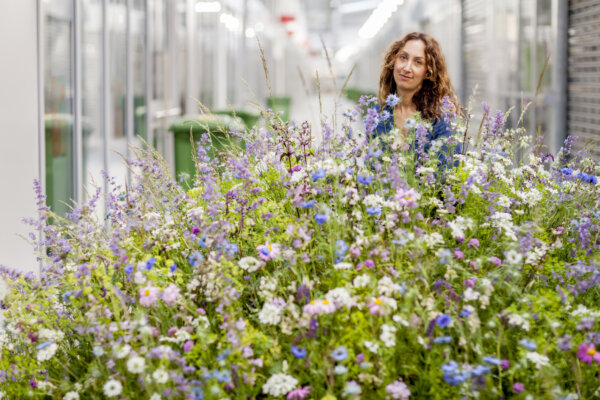 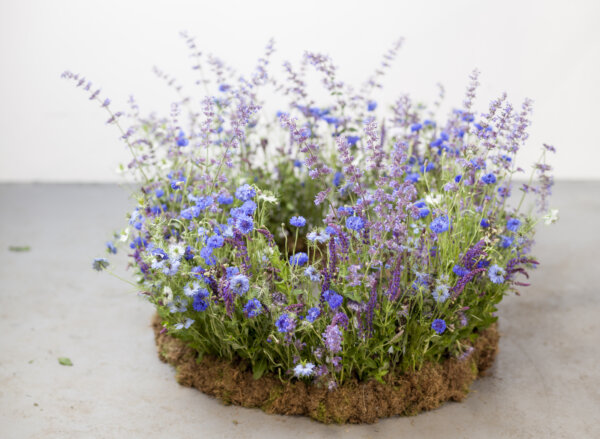 Carly Rogers is a Camberwell-based artist stunning the flower world by combining a passion for flowers with contemporary art and fashion. Since taking a Saturday job in a flower shop in her teens to learn the basics, she’s been pushing boundaries to create dazzling artistic installations. From large-scale themed events, to weddings and enormous one-off installations for prestigious venues such as Mayfair restaurant Sketch, this is a florist going beyond the traditional floral arrangement. Seeing a demand from her clients for seasonal British flowers, Carly buys from the Flower Market daily and is dedicated to using British flowers and foliage as much as possible. 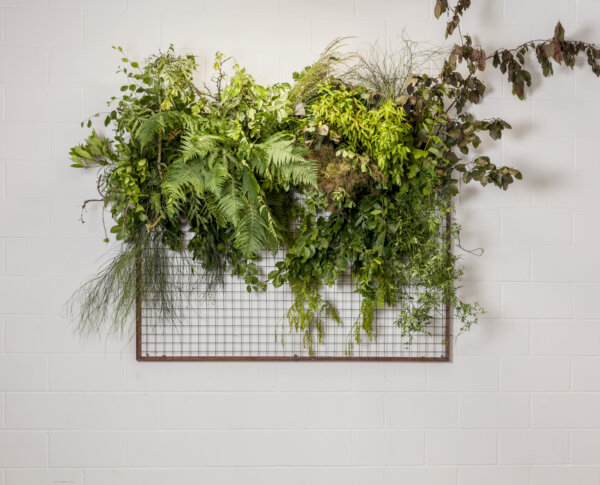 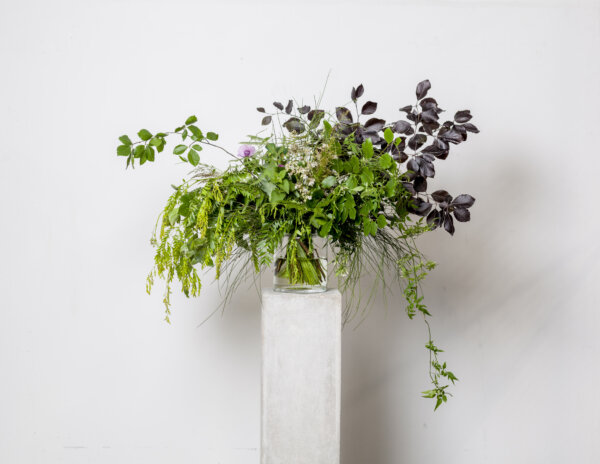 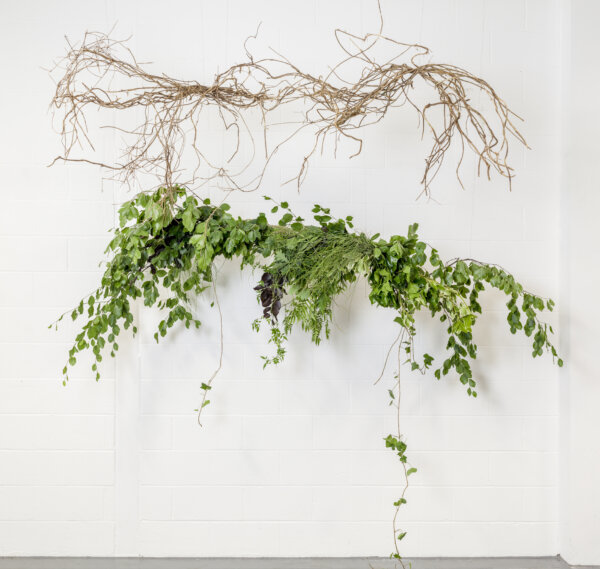 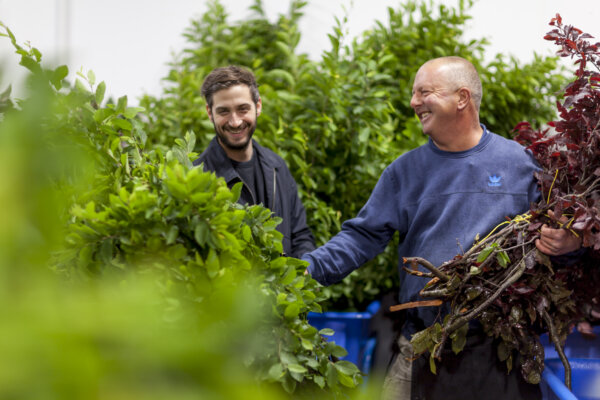 An independent flower and plant studio in North London, Urban Flower Co are inspired by botanical influences to create unique designs in a signature natural and unstructured style. Created and headed up by self-taught florist Matthew Richardson, these Flower Market regulars play with textures and tones with a heavy focus on one thing: greenery. Foliage features in a big way in all they do, from their selection of weekly-changing seasonal bouquets, to their installations, special commissions and styling projects and the wide selection of unique botanical plants on sale in the shop. With their fresh approach to floristry as an antidote to the chaos of urban living, Urban Flower Co are using British Flowers Week 2017 to put greens on the map. 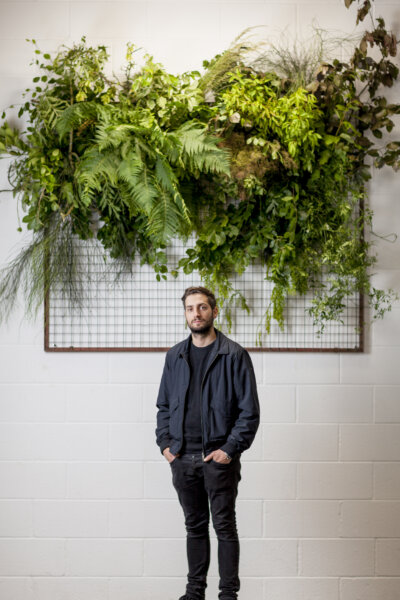 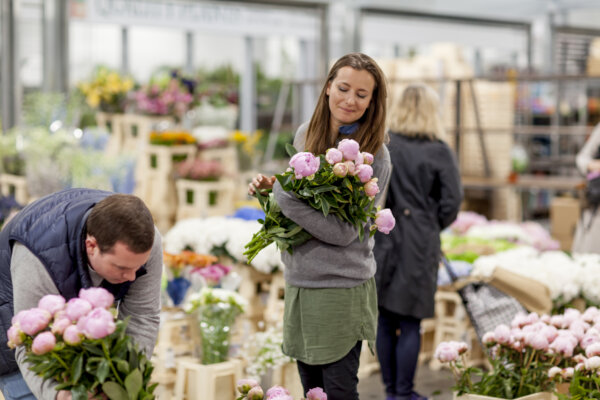 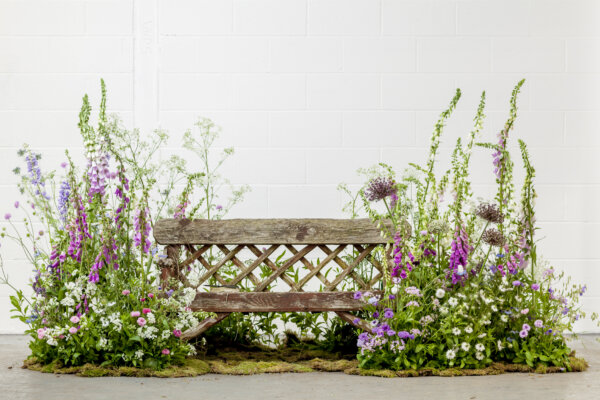 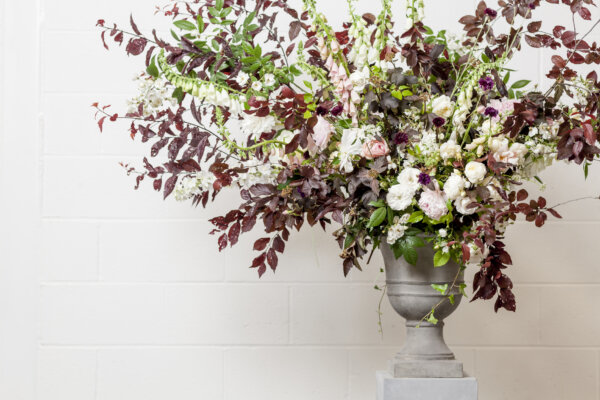 Taking her inspiration from the British countryside around her, Jennifer Pinder’s style is wild, natural, romantic, and totally spell-binding. A former lawyer who fell in love with floristry, she recently located from south London to the countryside completely driven by her love of flowers. Now growing and foraging all her foliage, with occasional top ups from the Flower Market and local growers, Jennifer specialises in wedding flowers and teaching floristry. Offering 100% British wedding packages, and for other weddings using as many British flowers as she possibly can, this is a home-grown florist proving the key to truly unique and beautiful work is using British flowers. 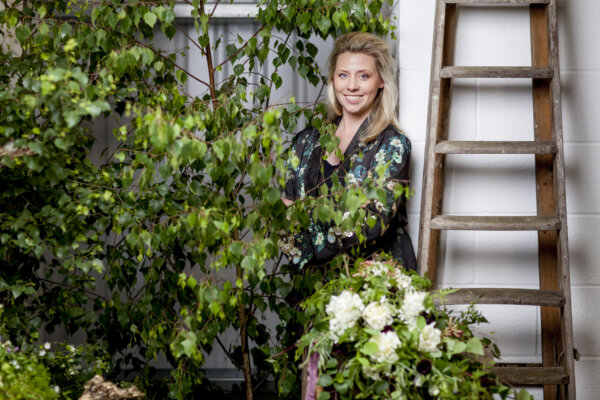 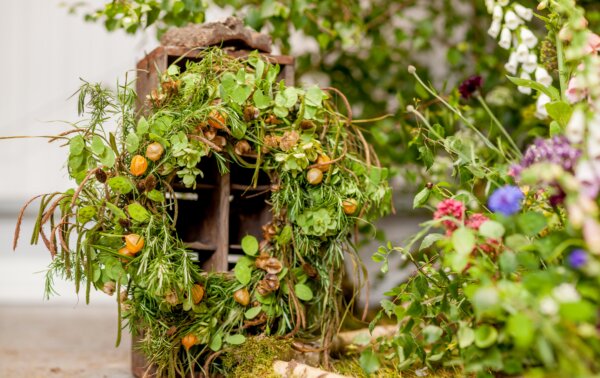 Petal & Stalk are a village florist and flower school set in the heart of the Lincolnshire countryside, with a delicate neutral style incorporating herbs and unusual foliage. Opening her shop in 2015 after founder Abigail launched a successful Christmas pop-up, Petal & Stalk has gone from strength to strength, managing to decorate 30 weddings in the first two years alone. With a devotion to locally sourced foliage and flowers, often from their customers’ land, this is a florist wowing their local community. Part of the team of top florists selected to create the still-life floral installation in Trafalgar Square earlier this year, Petal & Stalk have made a name for themselves using exceptional seasonal flowers for weddings, events, dinners and unique bouquets delivered throughout Lincoln. 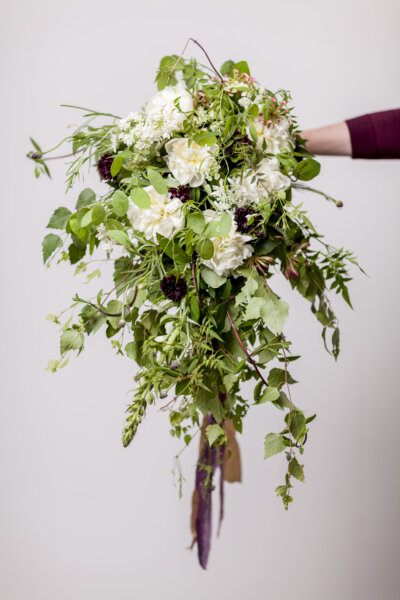 Head judge for British Flowers Week and royal florist, Simon Lycett, said: “British Flowers Week has become an annual showcase for British flowers. This competition shows that it is also a window in which the artistic creativity of florists from around the country can shine. As a featured florist in 2014 I know what an opportunity this is and also what it means to our dedicated growers of British flowers.”

Helen Evans, a spokesperson for New Covent Garden Market, said: “British Flowers Week is an important opportunity to recognise some of the people that are the driving force behind the continued creativity and development of the British floristry industry today. Our winners this year represent everyone from the traditionalists to young, up-and-coming new florists and are exemplary of why the UK continues to produce world-class florists.”

Based in Nine Elms, in the heart of London, the Flower Market at New Covent Garden Market is home to 20 world-class traders, including two Royal Warrant holders, and supplies blooms to the country’s most prestigious households, as well as The Dorchester, The Savoy, the BAFTAs, the V&A, Natural History Museum, St Paul’s Cathedral, Vanity Fair and celebrity and royal florists Simon Lycett, Shane Connolly and McQueens. The market is unrivalled when it comes to sourcing of the best quality, seasonal flowers from the UK and around the world.