Aspiring young artists from four Battersea primary schools have created a collection of futuristic artworks depicting Nine Elms on the South Bank in the year 2050. 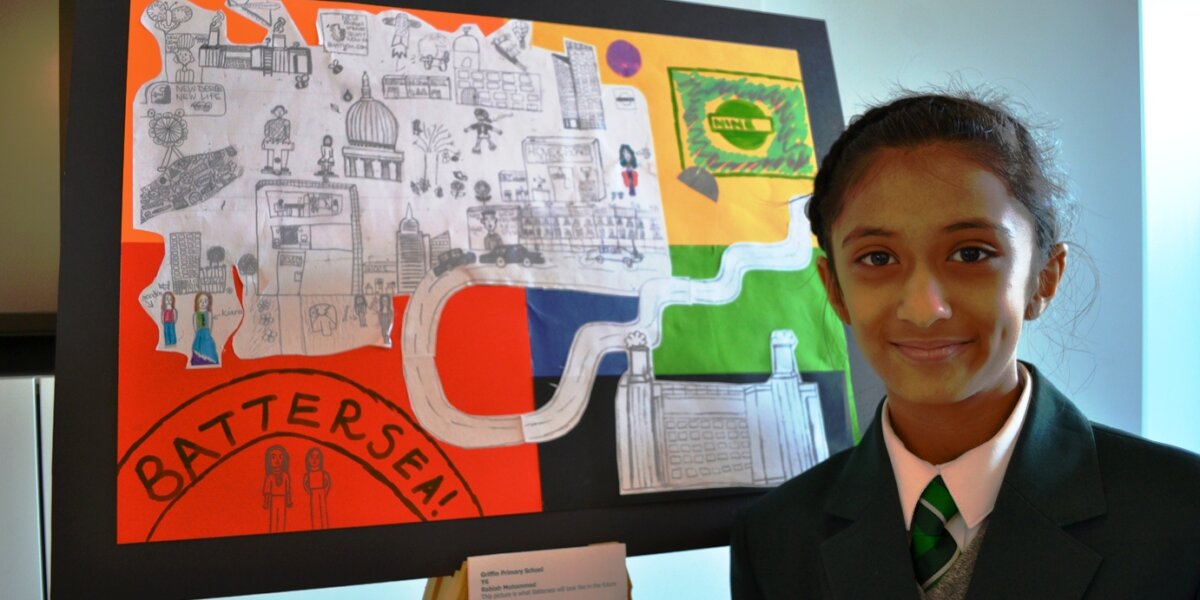 Aspiring young artists from four Battersea primary schools have created a collection of futuristic artworks depicting Nine Elms on the South Bank in the year 2050.

The competition has seen artist Honor Pinner running workshops with each school and helping fire up the pupils’ imaginations. They researched the development plans for Nine Elms on the South Bank – one of the biggest regeneration projects in Europe – and looked at a range of existing artworks for inspiration.

Three of the best pictures from each school were then entered into the competition final which took place last week at the Riverlight Marketing Suite.

Rabiah Mohammed from Griffin (pictured) was awarded the first prize and Tiegan Birchall came runner up.

Bram Paton, Construction Director at St James Group, had the task of picking the two winners.

He said: “When we first saw these picture on display we were all taken aback by the sheer quality. Some incredible imagination and real technical skill has gone into these artworks. The pupils have really engaged with the themes of regeneration and transport and their ideas were beautifully presented.

“They all deserved to win but in the end Rabiah and Tiegan merited the top prizes. They are both very talented artists indeed.”

First prize winner Rabiah said: “I now think that if I work really hard I could become an artist like Honor. She was really inspiring.”

Runner up Tiegan said: “Honor let us have a totally free choice as to what we could do – so this really shows me and my opinion. I have never worked with an artist – it was really good.”

The competition was the latest in a series of joint projects between Wandsworth primary schools and developers involved in the revival of Nine Elms on the South Bank.