Up to 70 per cent rent discounts for new Battersea homes

374 homes are to be offered to local residents to rent or buy at well below market prices. 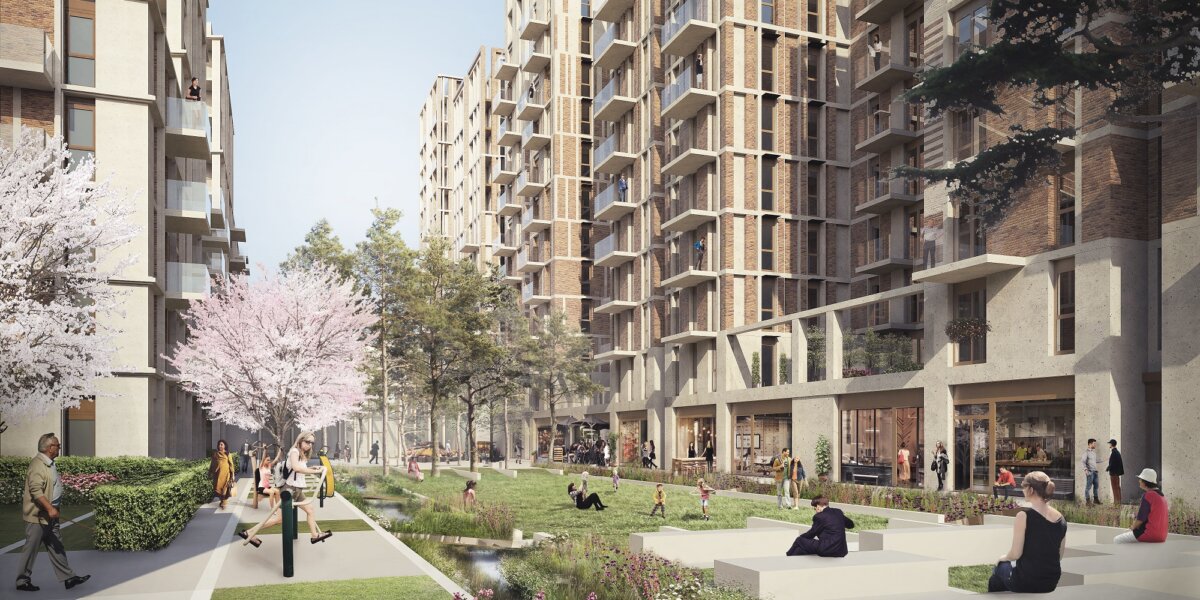 Wandsworth Council and Battersea Power Station Development Company have signed  a legal  agreement  which will see 374 homes offered to  local residents to rent or buy at well below market prices.

Rents levels will be set between 20 and 70 per cent below the market rate, with the average discount being just over 40 per cent.  The aim is to make them affordable for households with a combined income of £25,000 and above.

The remaining 116 homes will be for Wandsworth residents to buy at a reduced price on terms to be agreed between the council and the developer.

All of the new homes will be built as part of ‘Phase 4a’ of the power station masterplan and the first 177  properties should be ready for occupation in 2019, some three years earlier than originally planned.

Once built, the homes will be offered to Wandsworth residents on low and middle incomes who  can’t afford to buy or rent on the local market.

Council leader Ravi Govindia said: “This deal is  unique and will deliver hundreds of new homes at prices that low and middle income households can genuinely afford. The high numbers of three and four-bed homes are particularly welcome news for local families struggling to cope with London’s inflated housing market.

“The terms we’ve agreed don’t conform to the ‘affordable rent’ categories people are used to hearing about. Instead, this is a flexible rent model which can cater for a broader range of people with different housing needs. These homes will support local workers struggling with high market rents, those on housing waiting lists and the sons and daughters of local residents who can’t otherwise afford to fly the nest.  They will also give local council tenants a chance to move, freeing up the social rent homes they leave behind for other families.

“These homes are being provided without a single penny of taxpayers’ subsidy and the agreement sets a blueprint for others councils to follow as we all strive to build the homes Londoners need.”

This latest phase at Battersea Power Station, which was unanimously backed by Wandsworth’s planning committee in  October, will replace an old industrial estate and milk distribution depot in Nine Elms on the South Bank.  Known as ‘Phase 4a’ of the power station masterplan, there will be  seven new mixed use buildings between 7  and 18-storeys in height designed by architects Patel Taylor to echo the style of London’s grand red-brick mansion blocks.

Alongside the 374 low cost homes, there will be a 2,000 square metre state-of-the-art NHS health centre that will be open to local residents from across north Battersea.

There will also be space for a mix of ground floor shops, restaurants and cafes as well as business ‘incubator space’ which will be offered to creative sector start-ups at reduced rents. Entrepreneurs occupying these studios could also benefit from the site’s low cost housing, helping to foster close links between the new business and residential community.

The site will be opened up to the public with new pedestrian and cycle links and two public squares lined with active shop fronts and business units.

The developer is also making a £300,000 contribution towards enhancing local play spaces and leisure equipment which the council, working with local residents, intends to spend on the nearby Savona, Carey Gardens and Patmore housing estates.

This development will also see a riverside park created, a Thames passenger pier and a whole new town centre for north Battersea.

The project comes with a £211m contribution to extending the Northern Line to Nine Elms and the iconic Power Station building is being restored and opened up to the public for an exciting range of food & beverage, shopping, public events & exhibitions and employment opportunities – including six floors of office space in the central Boiler House.

Nine Elms on the South Bank

Battersea Power Station is located within the Nine Elms on the South Bank, a regeneration area which spans the border between the neighbouring boroughs of Lambeth and Wandsworth.

There are 16 mixed use developments with planning permission in the Wandsworth’s side of Nine Elms, all of which include homes set aside for local residents to buy at below market prices.

The first 98 shared ownership homes in Nine Elms have already been snapped up by Wandsworth residents. The average household income is around £45,000 a year (this includes couples using combined income/savings).

Overall, the developers on Wandsworth’s side of the border will provide over 2,400 affordable homes  and a further £60m  which the council will spend on other affordable housing schemes.