Tunnelling starts to extend the Northern line to Battersea

The Northern Line Extension moved a significant step forward recently as the first of two giant tunnel boring machines, Helen, began her 3.2km tunnelling journey to extend the line from Kennington to Battersea. 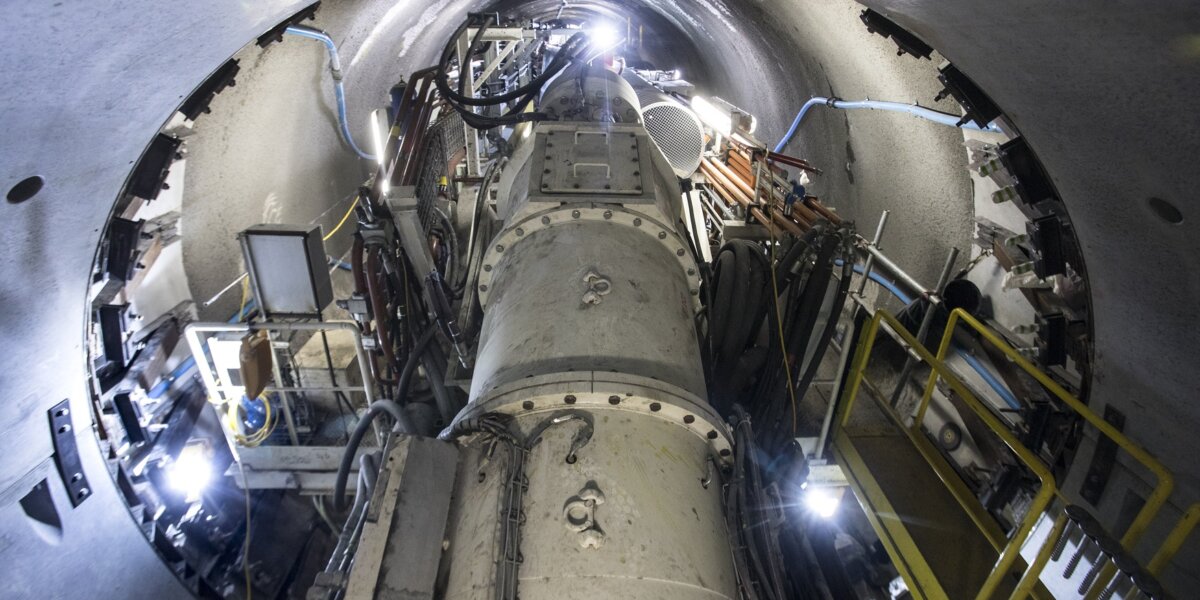 Helen, and her sister machine Amy, were lowered 20 metres below ground in Battersea in February, in the shadow of the iconic Battersea Power Station. Helen has now set off under south London to create the first of the underground tunnels that will extend the Charing Cross branch of the Northern line from Kennington to Battersea Power Station, via Nine Elms. Amy will follow in around a month.

The extension, targeted for completion in 2020, is the first major Tube line extension since the Jubilee line in the late 1990s.

As the 100 metre long tunnelling machines advance forward, nearly 20,000 precast concrete segments will be put in place to form rings to line the tunnels. A conveyor system will then take the spoil from the tunnels up to barges on the River Thames. More than 300,000 tonnes of earth will be excavated by Helen and Amy in this way before the spoil is taken by barge to Goshems Farm in East Tilbury, Essex where it will be used to create arable farmland.

Each machine is capable of tunnelling up to 30 metres a day with teams of around 50 people operating them. Tunnelling is expected to take around six months to complete. 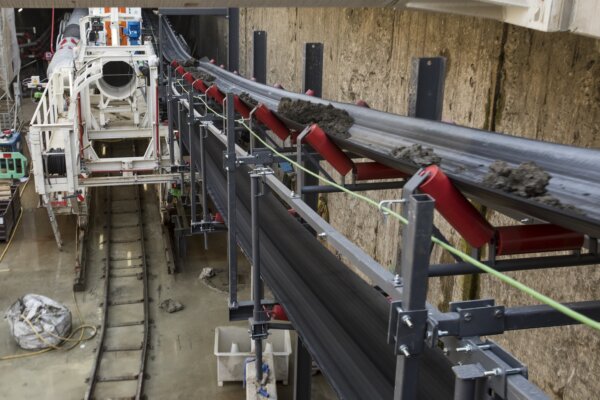 Soil excavated by tunnel boring machine Helen is taken by conveyor from the tunnel up to barges on the River Thames at Battersea. From there, it’s taken by river to Goshems Farm in East Tilbury, Essex where it will be used to create arable farmland.

According to tunnelling tradition, tunnel boring machines cannot start work until given a name. Following a vote by local school children, the machines were named in honour of the first British astronaut, Helen Sharman, and British aviation pioneer, Amy Johnson, who was the first female pilot to fly solo from Britain to Australia.