Totally Thames returns to Nine Elms on the Southbank

Nine Elms on the South Bank, London’s developing new cultural district, is delighted to play host to an array of installations, exhibitions, walks and talks as part of Totally Thames in 2015. 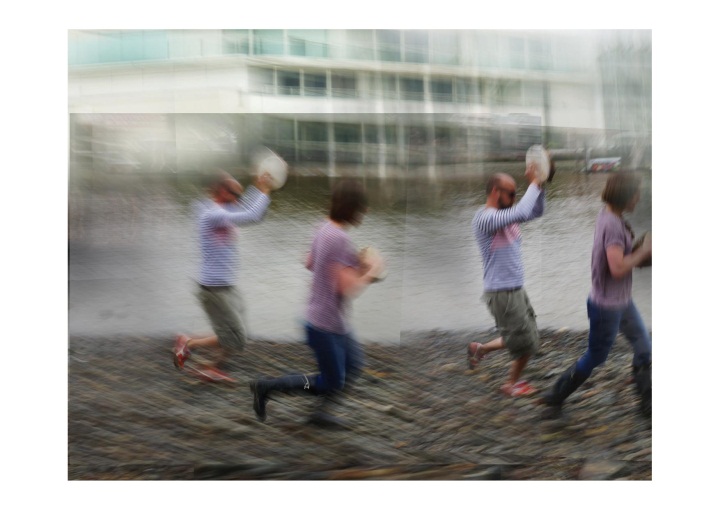 Nine Elms on the South Bank, London’s developing new cultural district, is delighted to play host to an array of installations, exhibitions, walks and talks as part of Totally Thames in 2015.

The area, which spans the border of Wandsworth and Lambeth, is perfectly positioned to enjoy some of the most diverse events within this year’s Totally Thames programme which will include more than 170 art and cultural events along a 42-mile stretch of London’s river.

Last year’s giant wooden sculpture ‘HippopoThames’ by Florentijn Hofman captured the hearts of local residents and attracted interest from around the world. Following its success, another ‘first for London’ commission will be in Nine Elms on the South Bank throughout September. Internationally acclaimed underwater sculptor, Jason deCaires Taylor, will bring The Rising Tide to the foreshore neighbouring MI6 in Vauxhall. Four proud working horses and their riders pay homage to the industrial evolution of the Thames and the nomadic people who have travelled and traded on its shores for millennia. The Rising Tide highlights the role of the Thames as the lifeblood of London, shaping the city’s great history as a centre for culture, industry and commerce.

Concealed and revealed by the tide, The Rising Tide is best viewed from the riverside walkway for up to two hours either side of low tide (see nineelmslondon.com/totallythames for tide times). This event is subject to licence.

Up river at Riverside Gardens at the base of The Tower – One St George’s Wharf, A Mile in My Shoes is the exciting debut exhibition for the Empathy Museum. Created in collaboration with local residents and members of the community, A Mile in My Shoes is an audio portrait presented to the public as an interactive shoe-shop. Visitors are invited to (quite literally) walk a mile in the shoes of a stranger while being immersed in a narrative of their life. The ‘shoe shop’ will be open from 4?–?27 September, midday to 6pm, Wednesday to Sunday.

Other opportunities to enjoy Totally Thames in Nine Elms on the South Bank include:

• Figures on the Foreshore – a site-responsive artwork by Tim Davies, commissioned by Thames Tideway Tunnel, which explores childhood memories through a series of performative gestures and actions. The work is captured in stop-motion photographs, conveyed across hoarding panels, on Nine Elms Lane between Kirtling Street and Cringle Street.

• The Great River Race on Saturday 12 September, visible on the South Bank of the river between Lambeth Bridge and Chelsea Bridge. Over 300 man powered vessels take part in the colourful ‘river marathon’ which will pass through the area.

• Water Lambeth (also part of Lambeth Heritage Festival) – an artistic exhibition on display throughout September which juxtaposes paintings, photography, museum objects and maps that help document the history of Lambeth’s stretch of the Thames.

“This year’s festival is a great excuse to explore the changes being made across Nine Elms on the South Bank and to hear some personal stories from area’s past. Piece by piece this area is coming to life and taking on lots of exciting new uses.”

“Totally Thames is great fun and a wonderful opportunity for everyone to celebrate and enjoy the culture and creativity that’s booming around Vauxhall and Nine Elms.  Building on its rich history and diverse culture, the area’s fast becoming a real jewel in London’s arts scene.”

For more information on any of the events taking place across Nine Elms on the South Bank, visit www.nineelmslondon.com/totallythames.