Families celebrated Summer with a party at a community garden built on a car park roof on their estate. 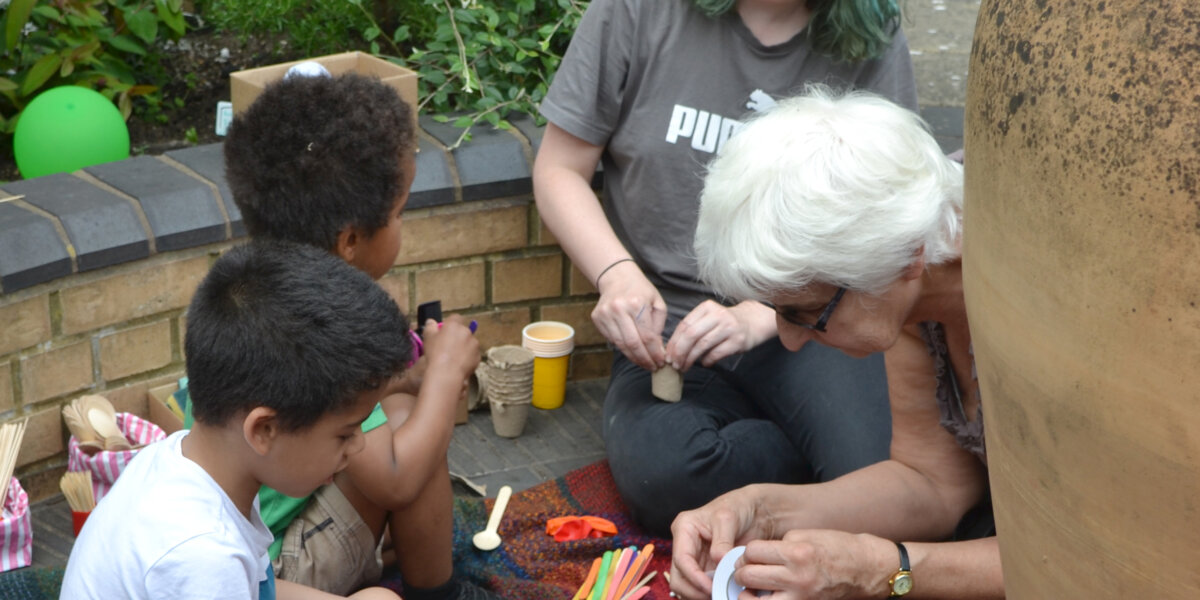 Held at the Doddington and Rollo Estate Roof Garden, visitors were invited to pick strawberries, take part in arts and crafts sessions, and were treated to live music and a free barbecue.

There was also a story-telling session for younger children and visitors were given the chance to try some of the vegetables grown up on the roof.

Six years after a group of green-fingered residents first got permission to use the disused car park roof from Wandsworth Council, the garden is thriving, with volunteers from across the estate tending to the plants twice weekly.

The party was part of the ongoing programme of gardening events taking place across Nine Elms on the South Banks as part of the London-wide Chelsea Fringe Festival. Now in its fifth year, the fringe shines a spotlight on community projects with a horticultural twist.

Other local highlights include the ongoing Edible Avenue project which is creating a new community garden on Thessaly Road with help from local volunteers including schoolchildren from St George’s Primary School.

Over the past few weeks there have also been behind-the-scenes tours of New Covent Garden Market and a series of horticultural themed events held at the Royal College of Art’s new StudioRCA in Riverlight Quay.

More than 1,000 people have visited New Spring Gardens, an art installation by Rachael Champion made from rubble taken from the Keybridge House demolition site. The work, which also includes live wheat germ plants kept alive with hydroponic lighting, will be on display in a renovated railway arch in Newport Street, Vauxhall, until the end of June.

Wandsworth Council Leader and Co-chair of the Nine Elms Vauxhall Partnership Ravi Govindia said: “The Chelsea Fringe Festival is a great opportunity to celebrate the area’s rich horticultural history and to look ahead to its exciting future.

“This year’s fringe has been better than ever and drawn in hundreds of volunteers and visitors from right across Nine Elms and Vauxhall. My thanks to everyone who has helped make it such a success.”

Notes to editors:
Once the market garden of London, Nine Elms and Vauxhall has a rich horticultural heritage and today that legacy lives on in New Covent Garden Market – the largest fresh produce market in the UK. The market is being completely overhauled and will become a brand new centre for London’s food industry.

The new Nine Elms Park threading through the length of Nine Elms on the South Bank, will add to the Vauxhall Pleasure Gardens and a new stretch of the River Thames Walk, lined with cafes, bars shops and galleries which will give the area a rich mix of culture and green space.
The area will also benefit from two new Tube stations, new schools, two town centres, around 4,000 affordable homes, health centres, a high-speed data network for businesses, a second River Bus pier and a new cycling and pedestrian network.

Other key attractions in the pipeline include a revived Battersea Power Station and the new US and Dutch embassies.

The district is being shaped by world-leading architects, developers and planners to create a truly mixed-use district with real city centre vitality.