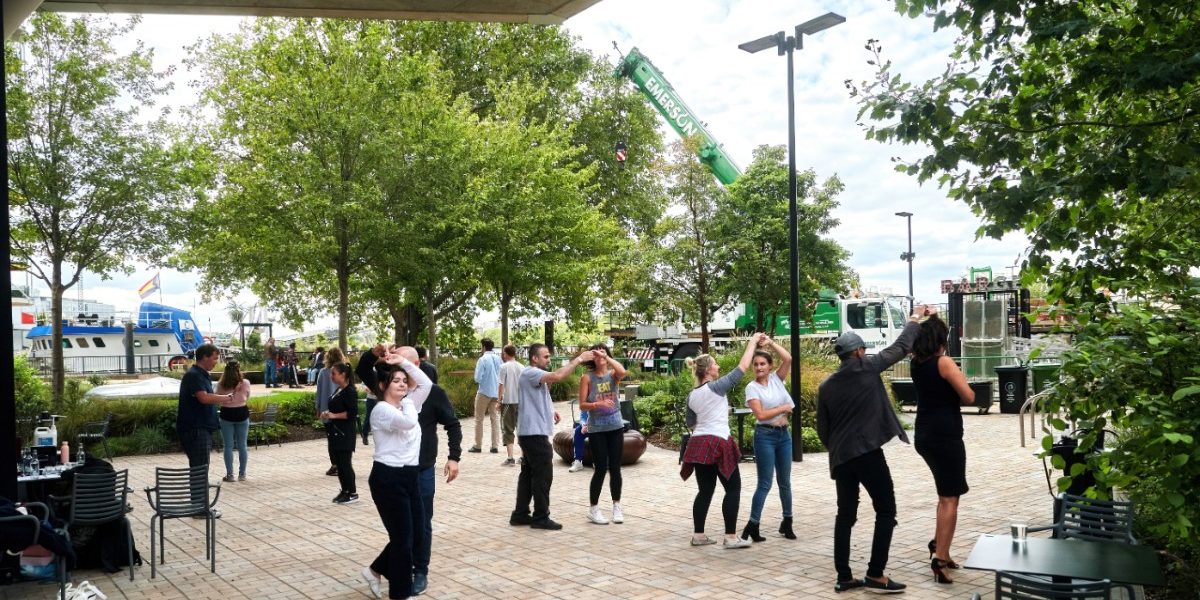 Tune into Radio Local this September to hear unusual and inside stories from the residents and community of Nine Elms as they join forces with innovative performance artists Hunt & Darton to reveal the hidden side of our neighbourhood.

The upbeat daily show celebrates the joys and necessity of local radio and what it means to be part of the Nine Elms community, in partnership with Wandsworth Council and Battersea Arts Centre.

Broadcasting live on Riverside Radio at 4pm from Monday 7 to Sunday 13 September, Radio Local provides a platform for our neighbourhood to celebrate cherished community groups and influential individuals, looking back over what residents have achieved by working together, and documenting their lives in times of crisis.

The show has been created with, by and for the people of Nine Elms using Hunt & Darton’s ground-breaking hyper-local approach to highlight the role of local radio in the community, and amplify the inspiring creativity, resilience and generosity of its members.

If you’re a local we want you to join the show too! Send in your Nine Elms news, have your problem solved on air or take part in a virtual coffee or word game.  Find out how to take part on the BAC website.

Cllr Steffi Sutters, Wandsworth Council’s community services spokesperson said: “The sense of community in Nine Elms has really shone through despite the challenges of the past six months so I’m delighted that we’re able to share some of these amazing stories with listeners and show the real character of the area.

“There is always something new to learn about your local neighbourhood and here we have the opportunity to explore some of those hidden gems in Nine Elms from a new viewpoint.”

Jenny Hunt and Holly Darton said: “We feel privileged to have found a way to carry on making work in this adverse time. Radio is a superpower. We are ridiculously excited to still be able make this show with you all from our homes and show off some wonderful local communities, commission some great artists and share our collective experiences in this bizarre time.

“We feel more than ever the need to keep communities connected and to offer some light relief to people stuck at home. We cannot wait to collaborate with you – let’s make some art, let’s make radio!” 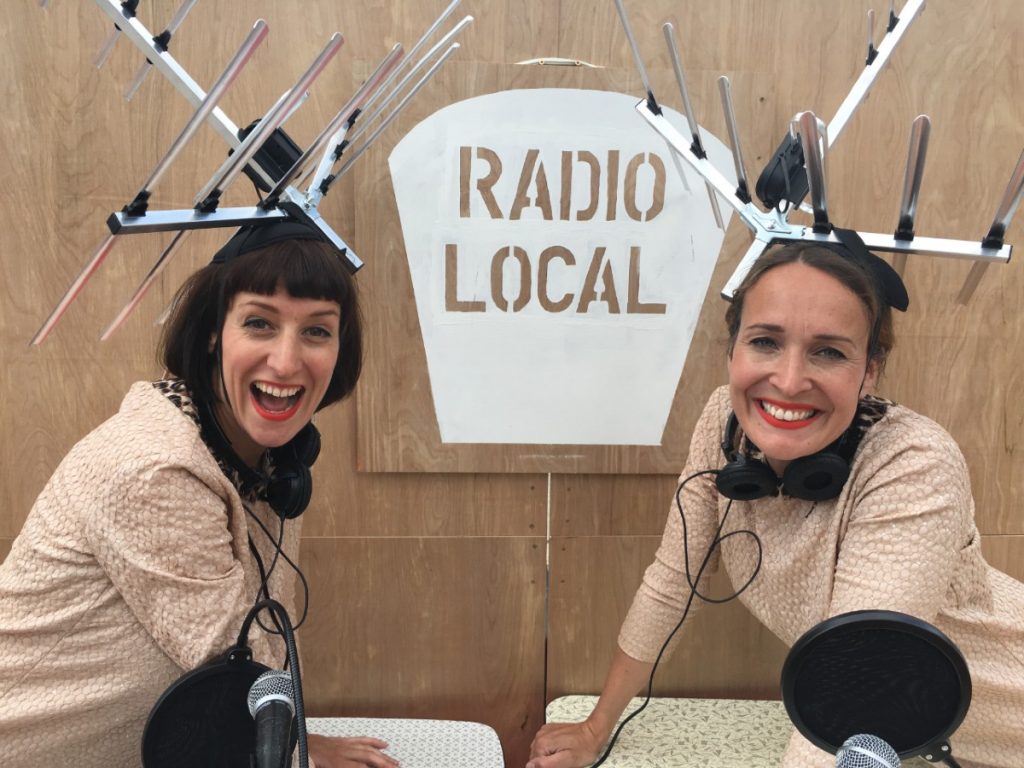 The line-up will include interviews with businesses and residents of all ages within Nine Elms, including Local Legends:

Drawing on their signature deadpan, playful and inclusive approach, the shows will also feature absurd gameshows played by competing families, crowd-sourced jingles, song requests, hyper-local news bulletins including how young people are dealing with going back to school, and restaurant reviews in which some of the area’s unsung heroes will be given the chance to sample the best of the newly re-opened eateries.

Hunt & Darton will also learn how to: 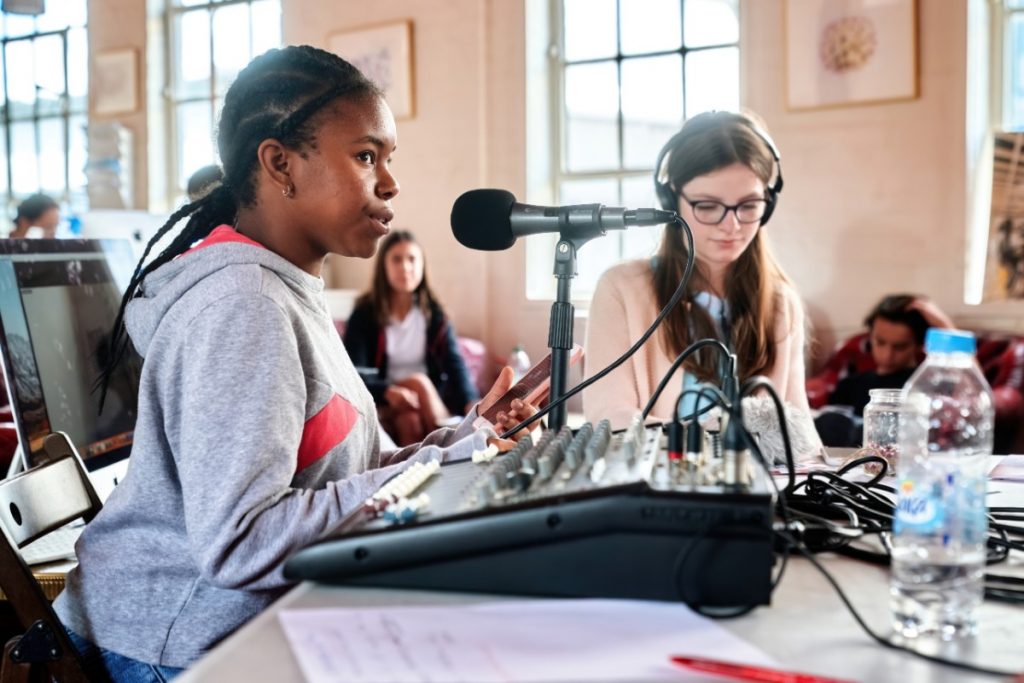 Also taking part in Radio Local are young people from the World Heart Beat Academy and the Elays network, who take part in workshops to build on these skills and learn how to produce their own radio shows.

Further content includes a guest commission from theatre collective HighRise, using their critically acclaimed inclusive approach to give voice to the unheard through inner-city memories, culture and music. They will be holding important conversations with young people to challenge perceptions and highlight injustices of the highly politicised UK Drill music scene. Guest hosts include live arts company Action Hero, who return to London following their own international radio project RadiOh Europa, to record residents of Nine Elms performing popular love songs they’ve collected on their travels through Europe.

The programme will be broadcast live from 4pm-5pm on Riverside Radio each day from Monday 7 to Sunday 13 September.

Tune in on DAB radio, stream online at www.riversideradio.com or ask your smart speakers to “Play Riverside Radio”.  Highlights will be available following each broadcast on bac.org.uk

Hunt & Darton are best known as creators of the award-winning Hunt & Darton Café, a pop-up interactive performance/ installation and fully-functioning café. In prior Radio Local incarnations, they would trawl the streets looking for local stories and the burning issues of the day, from the comfortingly familiar to the quite extraordinary to the intriguingly absurd. To reflect the current situation they have worked with Wandsworth Council and Battersea Arts Centre to harness the power of grassroots organising; working with local ambassadors, scouring digital forums and social media and tapping into offline networks to spread word on the neighbourhood grapevines and invite participation. 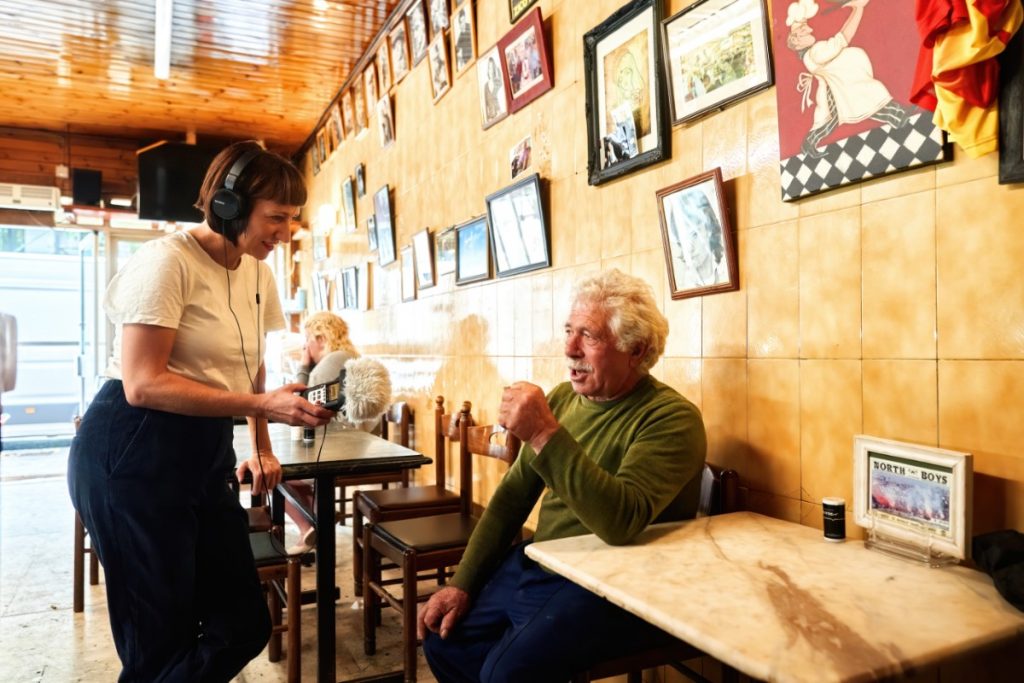