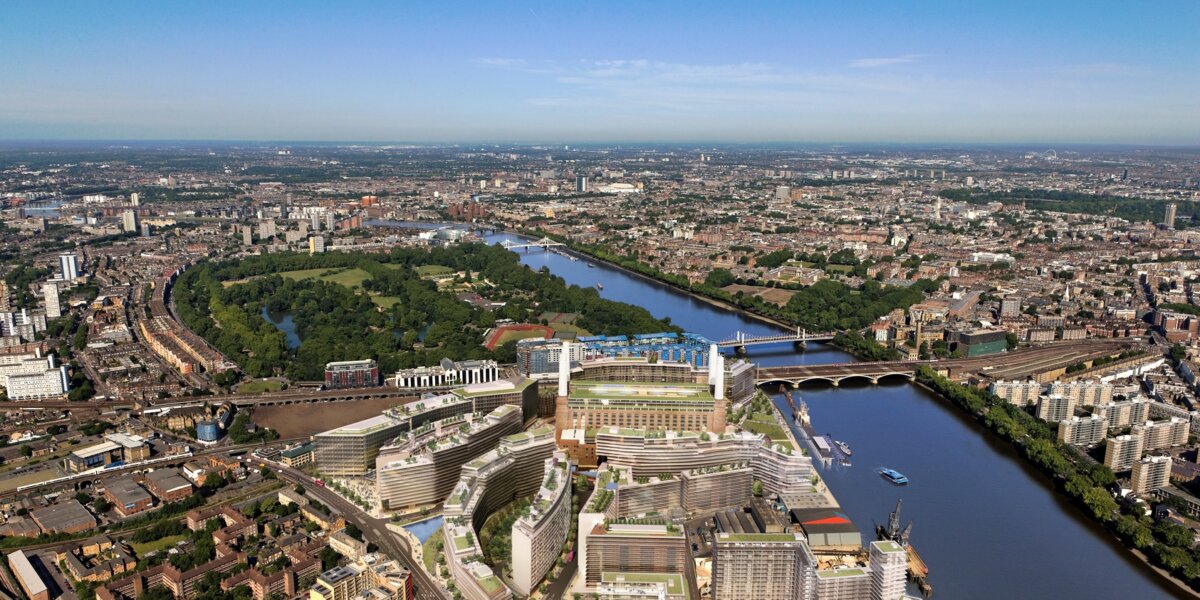 The iconic site is located in the Nine Elms on the South Bank regeneration area.

Circus West is a mix of 800 1, 2 and 3 bedroom apartments, townhouses and penthouses as well as a blend of offices, shops, leisure and hospitality designed by Ian Simpson Architects and de Ryke Marsh Morgan (dRMM).

The UK sales programme will be followed by sales exhibitions around the world in the coming weeks.

Rob Tincknell, Chief Executive Officer of Battersea Power Station Development Company, commented: “We are incredibly excited to be welcoming the UK public to the site of one of Britain’s most iconic landmarks. Over the past few months, we have seen enormous interest in this unique development from potential purchasers, and we are delighted to be presenting them with an opportunity to be a part of what is sure to become a vibrant new town centre in the heart of London.”

Situated on the western side of the power station, Circus West will include a range of amenities and services including art galleries, a Power Station Design shop, independent coffee shops, a boutique theatre, 35,000sq ft of creative business studios, a 15,000sq ft. gym, an indoor swimming pool and a health spa.

Preparatory work on the first phase has already begun with construction expected to commence in the second half of 2013. This will coincide with the start of the renovation of the Grade II* listed Power Station, the largest brick building in Europe and one of the most significant surviving examples of Art Deco architecture. Completion of the first phase of the development is expected in 2016.

Wandsworth Council granted detailed planning permission for Phase One of the Battersea Power Station development on 13 December 2012. This followed the Autumn Statement on 5 December 2012, in which the Chancellor of the Exchequer confirmed the UK government’s support for a £1 billion loan and a guarantee to extend the Northern line underground to Nine Elms on the South Bank. One of the new Tube stops would be on the power station site.