A new charitable foundation launched by Battersea Power Station is set to bring millions of pounds worth of benefits to Nine Elms and Vauxhall. 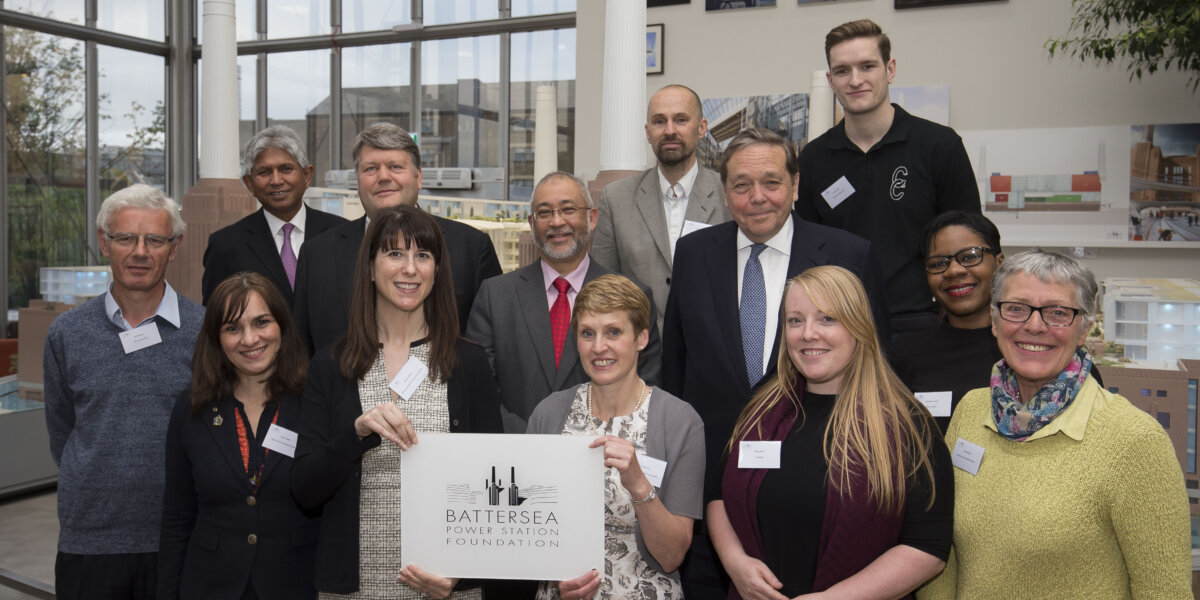 A new multimillion pound charitable fund has been launched to help communities in Nine Elms and Vauxhall.

The  Battersea Power station (BPS) Foundation has been set up to ensure that the social and economic benefits bought by the transformation of the Battersea Power Station into a vibrant commercial centre complete with hundreds of shops and offices and a brand new residential neighbourhood.

The developers regenerating the 100-year-old iconic landmark and the project’s major stakeholders joined representatives from Wandsworth and Lambeth councils to launch the fund on Thursday 2 June.

The BPS Foundation will fund projects aimed at improving local neighbourhoods as the 42-acre site takes shape, making sure existing communities benefit from the injection of new life into the area.

Since the beginning of this year, the BPS Foundation has committed almost £500,000 of funds locally. It is anticipated that up to £1million will have been given to good causes over the course of the Foundation’s first year and that close to £2million will be awarded in 2017.

Two grant-making funds have been set up by the Foundation, one targeting small community projects, the other providing longer term support to charities with a greater reach across the community.

BPS Foundation Chair of Trustees Lord Strathclyde said: “One of the founding principles in the development of Battersea Power Station is to ensure that the quality of life of existing communities is improved as the site is regenerated. The Foundation’s launch is a hugely significant step for the shareholders and a commitment from them to make this principle a reality.”

Battersea Arts Centre, which suffered a major blaze last year, Carney’s Community, which helps ex-offenders and disadvantaged youngsters stay on the right side of the law, and youth club Caius House are all among organisations to have been awarded grants.

Leader of Wandsworth Council, and Co-chair of the Nine Elms Vauxhall Partnership, Ravi Govindia, said: “The Battersea Power Station team has gone to great lengths to ensure local people feel the benefits of this ambitious regeneration project right from the start. They have forged links with all corners of our community, particularly within our housing estates and schools where they have been valued partners for many years.

“This foundation, and the generous grants it is making, goes even further and will be warmly welcomed right across Battersea.”

Cllr Lib Peck, Leader of Lambeth Council, and fellow Co-chair of the Partnership, added: “Regeneration isn’t just about bricks and mortar, it’s also about culture, creativity and communities. The Foundation is a great example of giving something back and nurturing projects and people that make a place come to life.”

For more information contact Henry Ellis on 020 8871 5198 or email henry@nineelmsonthesouthbank.com

As well as the rejuvenated Battersea Power Station, the area also includes the new US and Dutch embassies  and plans for a new home for new facilities for the New Covent Market which will include the UK’s biggest fresh produce market and add to it a new centre for London’s foodies alongside it.
The area will also boast Vauxhall Pleasure Gardens, the new Nine Elms Park and a new stretch of Thames Riverside Walk lined with cafes, bars, shops and galleries.

The district is being shaped by world leading architects, developers and planners to create a truly mixed-use district with real city centre vitality.
A district-wide cultural strategy is hard-wiring cultural uses and spaces through each new development to ensure the area reaches its full potential as a new centre for arts and creativity on the South Bank.