The Mayor’s Thames Festival is extending to Nine Elms on the South Bank for the first time this year. 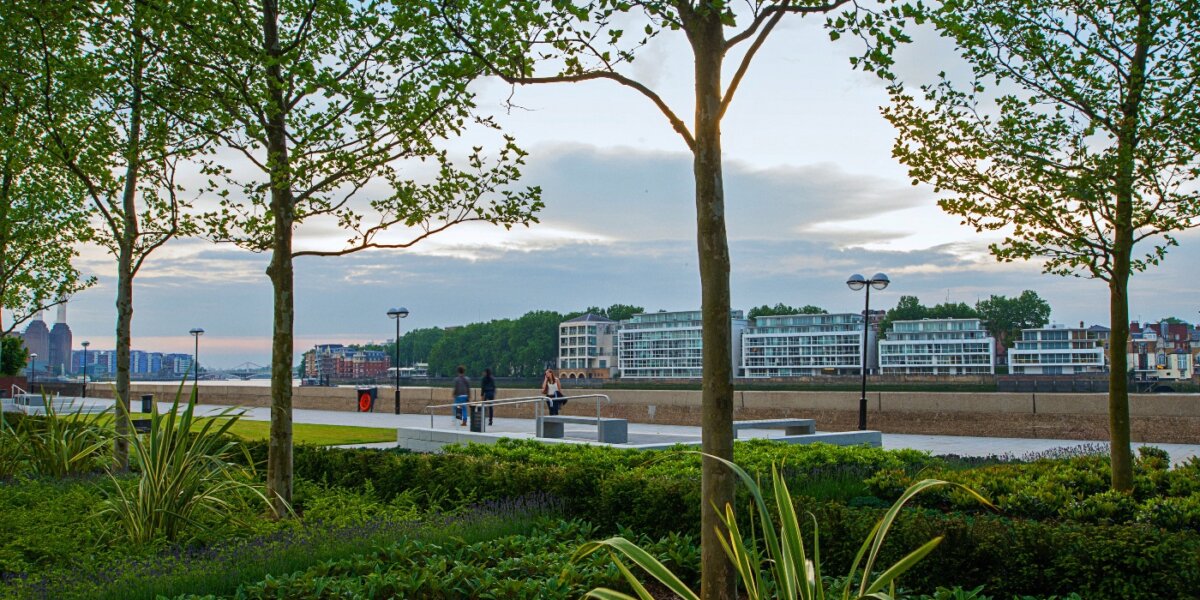 The annual Festival will run for longer than its usual weekend duration and will take place from the 6 – 15 September 2013, celebrating London’s world-famous waterway through a series of artistic spectacles and events. The entire event will stretch from the river’s source right down to the sea, with activities happening on the river itself and along its banks and bridges.

Elements of the Mayor’s Thames Festival will take place in Nine Elms on the South Bank, with several events highlighting landmark sites within the area:

The ‘YES’ sculpture:
• Ildikó Buckley and Jane Palmer’s large-scale ‘YES’ sculpture presented by Secret Arts will pop up in a different location each day during the Festival. Celebrating green spaces alongside or near the river, destinations will include the newly opened Riverside Gardens at the base of One St George Wharf, Nine Elms Lane, and the temporary ‘pop-up’ park next to Battersea Power Station.

Thames Walks:
• Experts will be guiding walking tours along the Thames, sharing the river’s secrets and past with participants. Two of these walks will centre around Vauxhall: the author Tom Bolton will lead a walk that retraces the submerged River Effra, which once ran from Brixton to the Thames (14 September), and the archaeologist Mike Webber will give an archeologically-focused walk (7 September) exploring its foreshore.

White Rabbit’s ‘Are You Sitting Comfortably?’:
• Two storytellers from White Rabbit will recount unknown and fantastical stories about Nine Elms on the South Bank on a walking tour of the area.  Walks begin at Embassy Gardens on 14 September (starting 3pm & 6pm).

Other highlights of The Mayor’s Thames Festival this year include:

• 1513: A Ships’ Opera – A waterborne ships’ opera for the Thames performed by historical vessels modified with bells, horns, hooters, sirens, canon to become musical instruments. Co-created by Richard Wilson (twice nominated for the Turner Prize), this day-long performance from sea to central London will culminate in a dazzling spectacular of sound and steam at Tower Bridge on the evening of Saturday, 14 September

• The Source to Sea River Relay will run the full course of the river. Walkers, swimmers, rowers and sailors will carry a jar of water collected at the source of the Thames in the Gloucestershire hills all the way to Tower Bridge. An old steam boat, The Colp, will carry the ‘baton’ through the Nine Elms section of river

• The Great River Race will be a marathon boat race of over 300 crews from around the world, including fancy dress, charity stunts and the competitive sportspeople, and will run from London Docklands, through Nine Elms on the South Bank and on to Ham in Surrey

Councillor Lib Peck, Co-chair of the Nine Elms Vauxhall Partnership and Leader of Lambeth Council, said: “The Thames Festival will be great fun for residents and visitors alike. This is a fantastic opportunity to celebrate the river’s rich history and look towards the future where regeneration along its south bank will transform Vauxhall and Nine Elms.”

Fellow Co-Chair, Councillor Ravi Govindia, Leader of Wandsworth Council commented: “At Nine Elms on the South Bank we are reopening sections of the Thames riverside which have been shut off to the public for decades. The festival is a great way to celebrate this revival and to welcome even more Londoners back to this part of the city.”

Adrian Evans, Director, the Mayor’s Thames Festival, said: “We’re delighted the collaboration with Nine Elms on the South Bank has helped us extend the Mayor’s Thames Festival farther along the river, in addition to our usual focus between Lambeth Bridge and St Katherine Docks. We hope everyone enjoys the events we have on in Nine Elms on the South Bank, and that they are reminded of what a fantastic and special asset the Thames is to Londoners.”