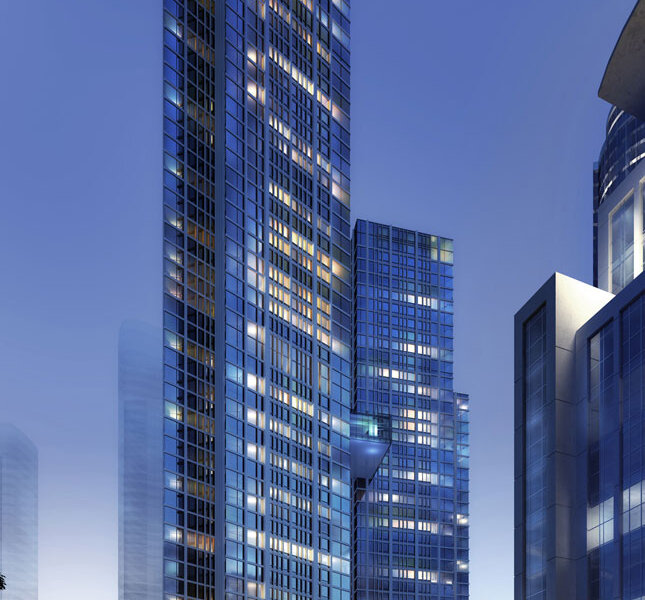 Together they would provide up to 2,978 new homes, new public spaces and would contribute approximately £73m towards major infrastructure upgrades including the Northern Line Extension.

Last week Lambeth Council approved an application by Sainsbury’s for the redevelopment of their Nine Elms supermarket. This scheme would create another 737 new homes and allows for one of the area’s new tube stations to be located on the site.

A preferred bidder for Battersea Power Station was also announced recently which could bring forward work on this important Nine Elms site. Enabling works have now started on the site of the new US Embassy which is expected to open in 2017.

At 195 hectares, Nine Elms is the biggest redevelopment zone in central London.  More than 1,000 new homes are currently under construction here and another 12,000 are coming through the planning pipeline.

Up to 24,000 construction jobs could be created during the delivery programme and the completed district would support an additional 25,000 new permanent jobs for London.

“By the time the process is complete this old industrial area will have become an ultra modern district on the South Bank, complete with new parks, a public market, two more tube stations, new cultural attractions and all sorts of exciting new businesses. It will be a remarkable transformation.

“The modernisation of New Covent Garden Market is designed to safeguard the future of 2,500 jobs and comes with a contribution of around £63mn towards the Northern Line Extension.

“One Nine Elms would see an outdated office block replaced with two glass towers and around half of the site would become a new public square lined with shops, cafes, bars and restaurants.”

The approved scheme would see the 40 year old market facilities upgraded with the aim of safeguarding the future of its 200 independent businesses and 2,500 jobs.

It would provide up to 2,491 new homes, shops, cafes, bars, commercial space and a 200-bed hotel on land no longer needed for the market operation. The proceeds from this mixed use development would be used to pay for the modernisation of the main market site.

A contribution of around £63mn towards improving local infrastructure has been secured as part of the scheme’s planning consent. The majority would be spent on a two station extension of the Northern Line.

New cycle routes, footpaths and public spaces will also be created including a section of the proposed Nine Elms ‘Linear Park’. This new green corridor will sweep right through the district from Battersea Power Station to Vauxhall, linking with the new US Embassy Plaza along the way.

A new retail market will also be created on the site alongside the modernised wholesale operation. Called ‘The Garden Heart’, this will be a major new attraction for Nine Elms with a focus on high quality fresh produce and space for around 100 new pitches.

The plans also include roof top sports pitches, a gym and community facilities including a doctor’s surgery. An energy centre would also be created on the site which would result in CO2 reductions of up to 57 per cent.

CGMA will also provide £240,000 towards the Nine Elms employment framework which is creating apprenticeship and job opportunities for people living in the local area.

The application was submitted by the Covent Garden Market Authority (CGMA) – Vinci St Modwin has been selected as the scheme’s preferred development partner.

The proposal is to redevelop a 1970’s tower block on the corner of Wandsworth Road and Nine Elms Lane.

The outdated building would be replaced with two new towers of 58 and 43 storeys. They would form part of the emerging tall building cluster at Vauxhall and would provide 487 new homes, office space and a hotel.

At ground floor level the buildings would be set around a new public square lined with shops, cafes, restaurants and bars.

New footpaths would run through the development, providing pedestrian links between the Vauxhall interchange, the Thames Path and the Nine Elms Linear Park.

Approximately 50 per cent of the site would be public realm and a free public viewing level will also be created at the top of the tallest tower.

A total of 51 homes will be made available through shared ownership and the developer will make a further contribution of £6.8mn towards providing more affordable housing in the local area.

A further contribution of more than £10mn will be paid towards improving local infrastructure including two new Northern Line stations in Nine Elms.

Three car club parking bays are included in the scheme along with 109 parking spaces and secure storage for 653 bikes.

A Barclays Cycle Hire Docking Station will also be provided on the site.

The developer will also pay £300,000 towards the Nine Elms employment framework which is providing new job and training opportunities for local residents in Wandsworth and Lambeth.

Called ‘One Nine Elms’, the development is a joint venture by CIT and Green Properties. The architect is Kohn Pedersen Fox and the landscape architect is Martha Schwarz.