The Battersea Power Station Development team has issued an open invitation to people of all vocal abilities to join a new community choir. 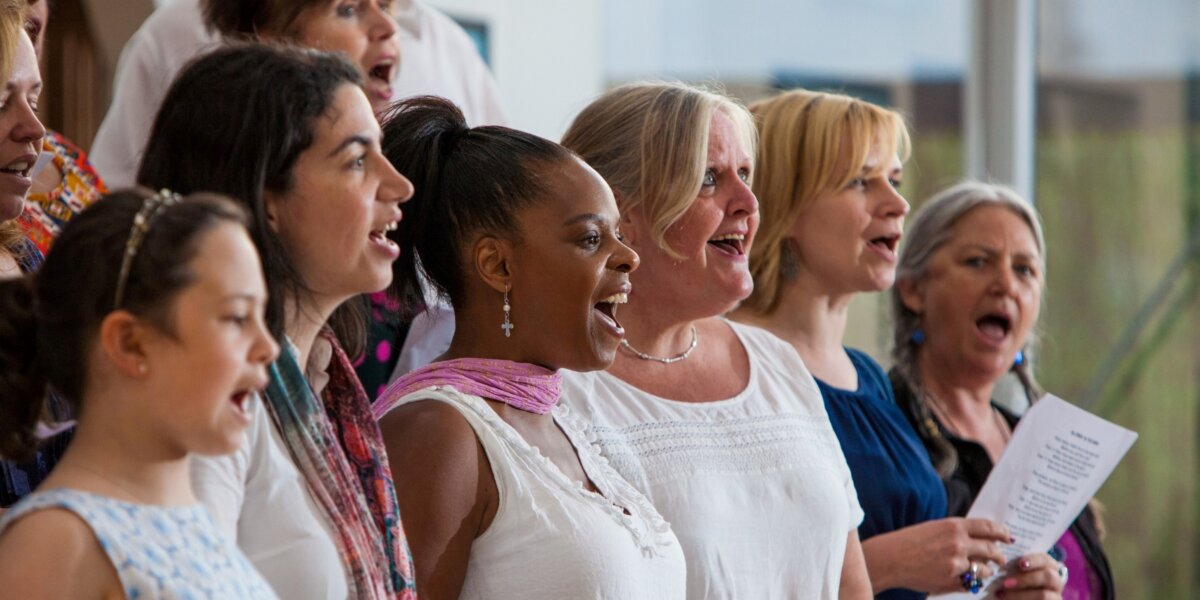 BPSDC staff and construction contractors have recently joined forces with Battersea residents to meet and sing together on Thursday evenings at the Rose Community Centre, in Ascalon Street. Wandsworth Council has given the group use of the centre free of charge and is helping to spread the word about the rehearsals.

So far, the choir has rehearsed a number of songs, including Miley Cyrus’ The Climb and Petula Clark’s Downtown.

The weekly sessions will recommence for the first official season at 6.30pm on Thursday, 1 September 2016 and everyone is invited.

Alex Baker, Community and Sustainability Manager at BPSDC, said: “The Battersea Power Station Community Choir is all about having some fun and raising spirits. We are committed to building a strong community by bringing our neighbours together with our new residents. Music has the power to bring people together like nothing else and we are thrilled that so many people have got involved already and we hope that more people will join in.”

Once the Village Hall – the 42-acre development’s community arts venue – opens in Circus West – the choir is set to make use of that as one of its rehearsal spaces. The choir is open to everyone, with no need for people to be able to read music or to have a good voice in order to join in. Anyone interested in joining the choir or finding out more information should email choir@bpsdc.co.uk

Sam Evans, Choir Leader, said: “I’m so pleased to be working with Battersea Power Station as singing is joyful and uplifting, as well as a wonderful way to bring people together. The Battersea Power Station Community Choir has rehearsed well in its first few weeks and I have lots of exciting ideas for the future. With this choir, I believe the sky is the limit and we invite anyone with an interest in singing to get in touch as we prepare for our first proper season.”

Battersea resident Anna Kalacinska said: “It has been exciting to be involved in helping to set up the choir and to see it grow. It is so satisfying to see the smiles of people at the end of us singing together for an hour and a half. We’ve all been talking about how healthy we feel from our sessions. I’ve so enjoyed getting together with neighbours that I had never met before and making new friends as a result. I hope that more Battersea people will want to join us so we can build on what we have already achieved and get ready for performances.”

Leader of Wandsworth Council and co-chair of the Nine Elms Vauxhall Partnership Cllr Ravi Govindia said: “This is a brilliant project from the Power Station team, who have gone to great lengths to reach out to local people and get involved with local community. I’m delighted so many Battersea residents have already joined rehearsals and the choir’s performance will be the perfect way to celebrate the launch of the new Village Hall and Circus West.”

• Battersea Power Station is one of central London’s largest, most visionary and eagerly anticipated new developments in which roughly half the development comprises retail, shops, restaurants and office space – in addition there will be a six acre public park, town square and a new tube station (scheduled to be Zone 1).

• The Battersea Power Station project is 42 acres and includes 3.5m sq ft of mixed commercial accommodation together with 4,500 new homes.

• The successful regeneration of Battersea Power Station will create 20,000 new jobs, inject £20bn into the UK economy and create a funding mechanism for the first major tube line extension since the Millennium.

• The Battersea Power Station Foundation supports local charities and community projects, in its first year of operation, £1m in grants will have been awarded, and close to £2m will be awarded in 2017.

• New home-owners will start moving into the first phase, Circus West Village, late in 2016 with the first commercial tenants opening shortly after in early 2017.