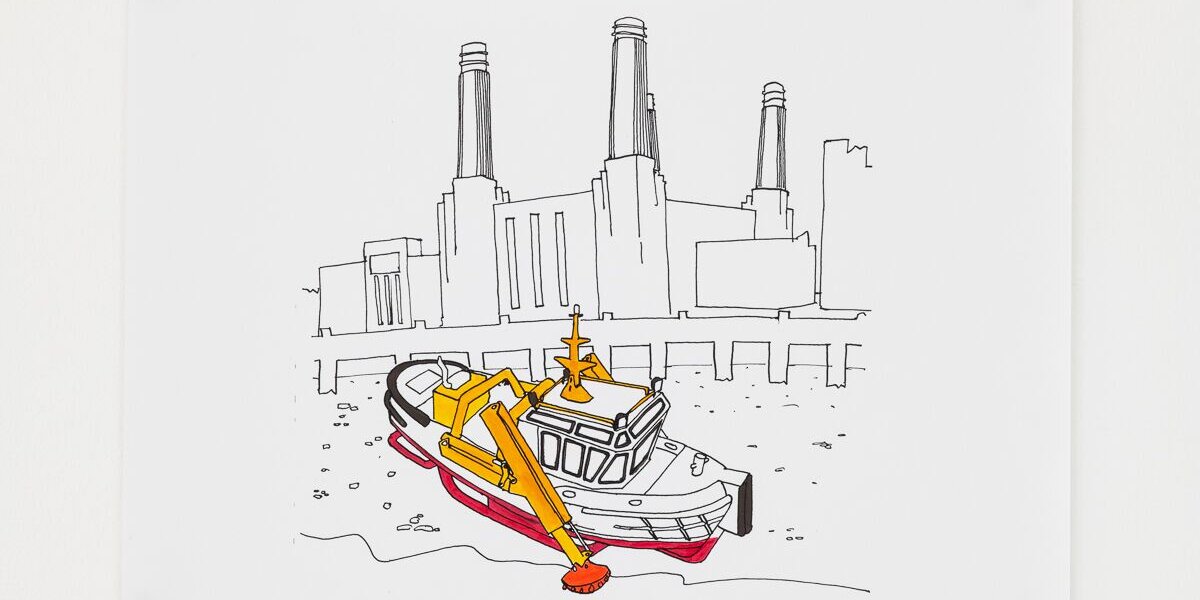 MUDSKIPPER is a fully-mobile sculpture (9.2 metres in length and 12 tons in weight) which has the ability to move across water and land on-shore through the use of two step-type propulsion legs. Inspired by the ingenuity of early invertebrates, and echoing the brave leaps made by those into a new and unknown world, MUDSKIPPER challenges and invigorates the definitions of engineering and art and the interconnections between the two. 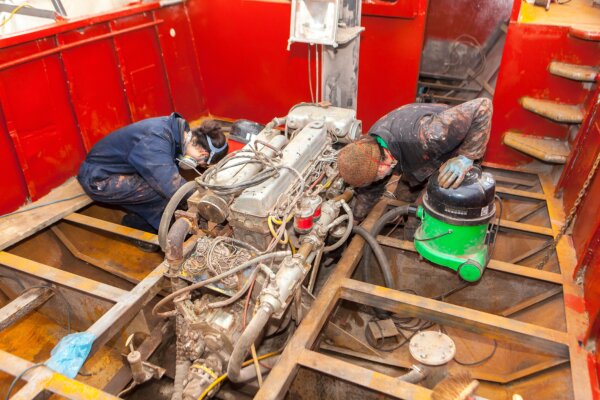 MUDSKIPPER’s ability to change its environment, combined with its hydraulic system of landbased locomotion, gives the sculpture a brave new character on the water. In line with Capper’s practice, the amphibian sculpture explores the dynamic between biological ingenuity, biomechanics and the human. 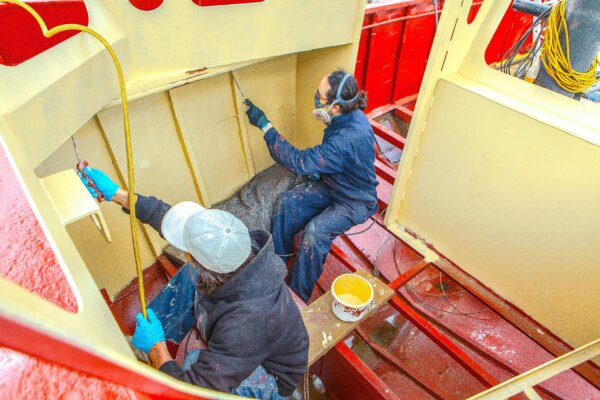 In conjunction with the 2018 Year of Engineering, StudioRCA is hosting WALKING SHIP, a special exhibition of James Capper’s work and a visual synopsis of the MUDSKIPPER project. Researched, drawn and developed over the course of a decade, the exhibition WALKING SHIP brings together drawings, maquettes and component sculpture to chronicle the conceptual, aesthetic and technical evolution of MUDSKIPPER, departing the artist’s mind and studio, advancing into the world as a fully-realised mobile work. 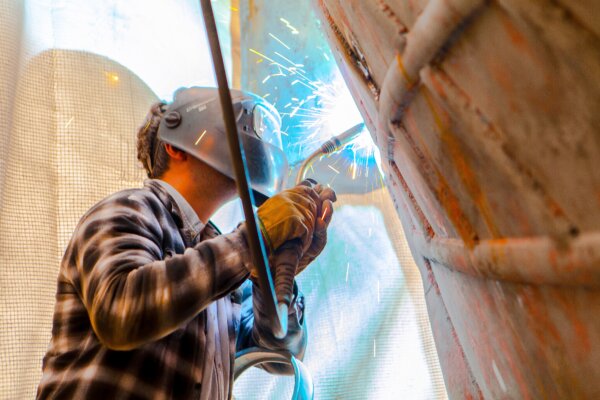 Once launched, the fully-realised MUDSKIPPER takes up residency at Battersea Power Station, where it will be moored at the Pier directly in front of the iconic riverside building. MUDSKIPPER will make special performances, when it travels down the River Thames and walks out of the water at certain points of low tide.

Cllr Ravi Govindia, Leader of Wandsworth Council, said: “We’re excited to welcome this interesting mix of engineering and art to the riverside at Nine Elms. This area of Wandsworth is undergoing its own evolution from an industrial area into a new town centre, so it is wonderful that we have co-commissioned this transformation of a fishing boat into a walking sculpture. I’m sure it will prove as fascinating to local residents as it will to people visiting Battersea Power Station pier where it will be moored between performances.”

Honor Fishburn, Placemaking Director at Battersea Power Station Development Company, said: “We are delighted to announce James Capper’s MUDSKIPPER as our 2019 Powerhouse Commission. The Powerhouse Commission is an annual commission honouring our ongoing commitment to support British and international artists by providing them with a unique outdoor platform to show their work.”

“This work is particularly relevant to the Power Station given its location on the Thames, where once hundreds of workboats would have delivered coal to the building. It will be great to see MUDSKIPPER moored in front of the Power Station and we hope to make the sculpture a long term fixture on our jetty in due course.”

Kirsten Dunne, Senior Strategy Officer, Culture and the Creative Industries, Mayor of London said: “I was so delighted to hear about MUDSKIPPER. James Capper is a hugely innovative and exciting artist and we are very happy to endorse the project.”

James Capper’s mobile public sculpture Mudskipper is the Battersea Power Station Powerhouse Commission for 2019. Mudskipper is co-commissioned in 2019 in partnership with Battersea Power Station and Nine Elms on the South Bank. Produced by Illuminate Productions. Albion Barn acquired the original workboat with James Capper and published the Mudskipper maquette. The project is also supported by Arts Council England, Hannah Barry Gallery and Thames Clippers, with additional support from the Science Museum Group.