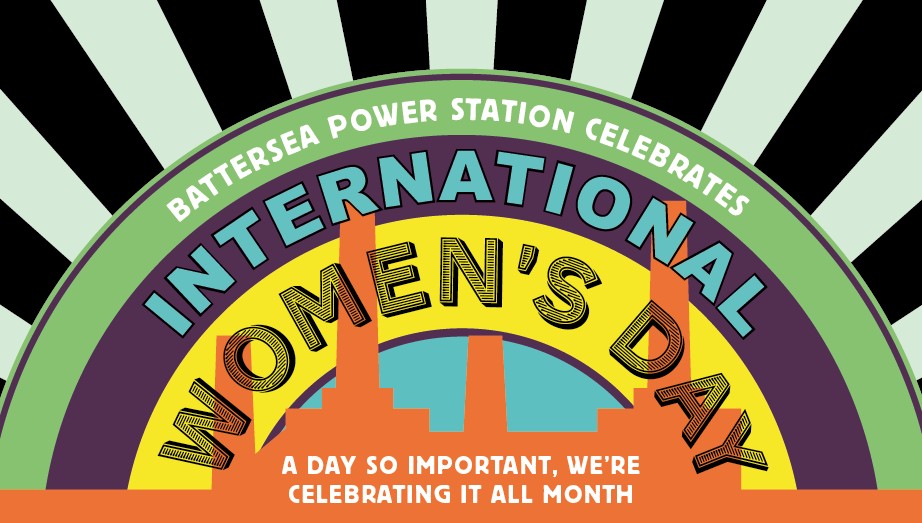 In celebration of International Women’s Day, Battersea Power Station is hosting a month-long series of events and activities throughout March with some of the UK’s most influential and well-known women. Taking place at The Village Hall, TV personalities Arlene Phillips CBE and June Sarpong MBE are among the guests taking part in panel discussions, talks, comedy nights and networking events, starting on 8 March.

ARLENE! THE GLITZ. THE GLAMOUR. THE GOSSIP
Renowned choreographer and TV personality Arlene Phillips CBE will be revealing stories from her career and life in showbiz in a live interview on stage with Jacquie Storey.

POWER STORIES: JUNE SARPONG
TV presenter and co-founder of the Women: Inspiration and Enterprise Network, joins Power Stories to talk about her new book, ‘Diversify’ which she will be signing copies of on the night.

AVALON PRESENTS: ALL WOMEN COMEDY LINE-UP
Hosted by Steff Todd, Avalon returns to The Village Hall with an all-female line-up including Annie McGrath and Lou Sanders.

THE POWER OF NETWORKS
The panel chaired by Casey Bird, ex-president of SheSays and founder of The Freelance Circle, will bring together the founders of some of the UK’s leading creative networks: Carolyn Dailey, founder of Creative Entrepreneurs, Sinead Koehler, founder of Crafty Fox Market, Diana Bardega, founder of The Mamahood, and Simona Barbieri, founder of Hub Dot.