Scores of people turned out to two open days to find out more about the regeneration of Nine Elms and Vauxhall. 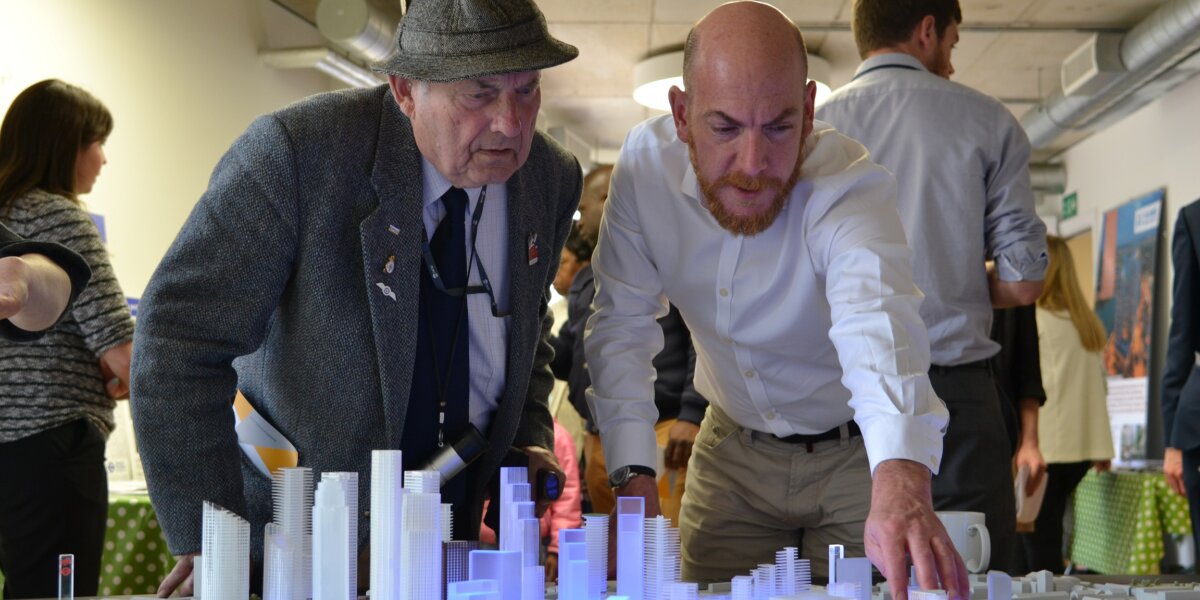 More than 300 local people attended open days to find out how the regeneration of Nine Elms Vauxhall is progressing.

The Nine Elms Vauxhall Partnership hosted the events at Vauxhall City Farm on Wednesday and Thursday last week to keep local people up to date with the emerging regeneration of the area.

Visitors were able to chat to the developers and public authorities involved in shaping London’s newest commercial and residential quarter.

Staff from Lambeth Working and Wandsworth Work Match were on hand to offer advice to people wanting a career in construction or wanting to gain the right skills to get one of the 25,000 jobs which will be created in the local area over the next few years as businesses in a wide range of other industries put down roots in new premises in Nine Elms and Vauxhall.

More than 300 local people have found jobs in the construction industry alone with the help of the two organisations, which were set up as part of a cross-borough drive to make sure local people are at the front of the queue for local jobs.

Transport for London staff discussed the timescale for the arrival of two new Tube stations at Battersea Power Station and Nine Elms, as well as plans for Vauxhall Cross and a raft of improvements to local buses, streets, cycling facilities and riverbus services.

Developers were able to showcase their schemes and explain their plans for a new area-wide network of cycleways, footpaths and parks.

An intricate scale-model of the regeneration area was on display to give people an overview of what Nine Elms on the South Bank will look like once construction work is completed.

Over a 15-year regeneration 23,000 new jobs are being created in new shops and offices as well as leisure, hospitality and many other industries.

Across the area 6.5million sq ft of land is being transformed from underused light industrial use into a thriving and distinct place to live and work.