Have your say on Vauxhall revival

There is still time to have your say on Lambeth Council’s ambitious plan to recreate Vauxhall as a lively town centre that puts people before traffic. 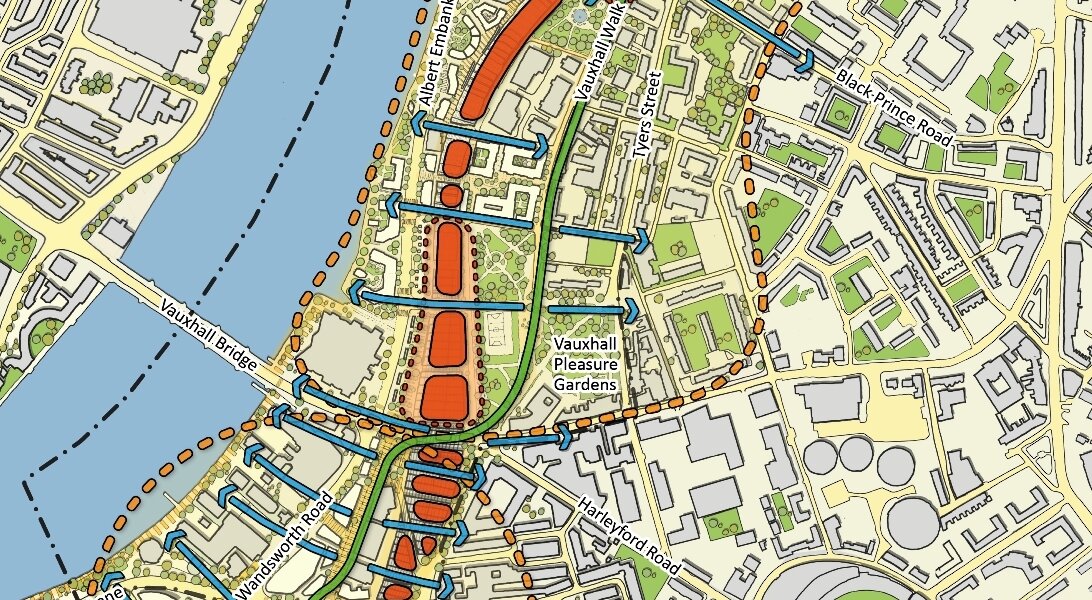 There is still time to have your say on Lambeth Council’s ambitious plan to recreate Vauxhall as a lively town centre that puts people before traffic.

Local residents and businesses have been instrumental in developing the Supplementary Planning Document (SPD) for Vauxhall, which is now subject to a statutory consultation period.

The plans have been taken to a number of community meetings and a mini-exhibition roadshow has been touring the local area since the consultation began on October 13.

The next chance to see the roadshow will be Thursday 15 and Friday 16 November at the Nine Elms Vauxhall Open Days,MarketTowers, 1 Nine Elms, SW8 5NQ (Thursday 3pm to 6pm and Friday 8am to 8pm).

Residents who cannot make it to the open days can view the plans online and complete a questionnaire online.

Alternatively residents can discuss the SPD with council staff at Phoenix House on Wednesday afternoons between 17 October and 26 November 2012 – just ask the receptionist or email in advance vneb@lambeth.gov.uk

Vauxhall is a major part of the Nine Elms on the South Bank regeneration area with excellent transport links and a riverside location. A new cluster of tall buildings is emerging here including the St George Tower which is already nearing completion.

Lambeth’s plans for Vauxhall support change and high quality development in the area whilst insisting that the scale of growth must improve the lives of local people.

“We want to breathe new life into the area by restoring a proper high street with thriving shops and businesses, dominated by people not traffic. We have a once in a generation opportunity to transform this often over-looked area of the city and to tackle long standing issues, such as unemployment, poverty and inequality.”

More jobs – In the next 10 years 3,500 homes are expected to be built in the Vauxhall area. Growth on this scale must benefit the local community and the council expects to see at least 8,000 jobs created.

Retail and start up for businesses – The council is committed to a new district centre in Vauxhall where people can shop, meet, work, live and spend time. This will not be an anonymous high street dominated by national retail brands, and shops units will be priced and sized to attract an eclectic mix of independent retailers. Affordable retail units will encourage start up businesses.

The gyratory – Instead of a congested gyratory system the council wants to see the creation of a high street lined with shops and an environment that puts people and cyclists before motor vehicles.

Green space – The council wants to improve existing green spaces and connect them through new planting and public realm improvements.

The consultation on the draft SPD is expected to run from 12 October to 26 November 2012. All information and full details of how you can have your say can be found at www.lambeth.gov.uk/vauxhallspd