A giant squid is set to be the centre-piece of a spectacular play performed by children as they prepare to start secondary school. 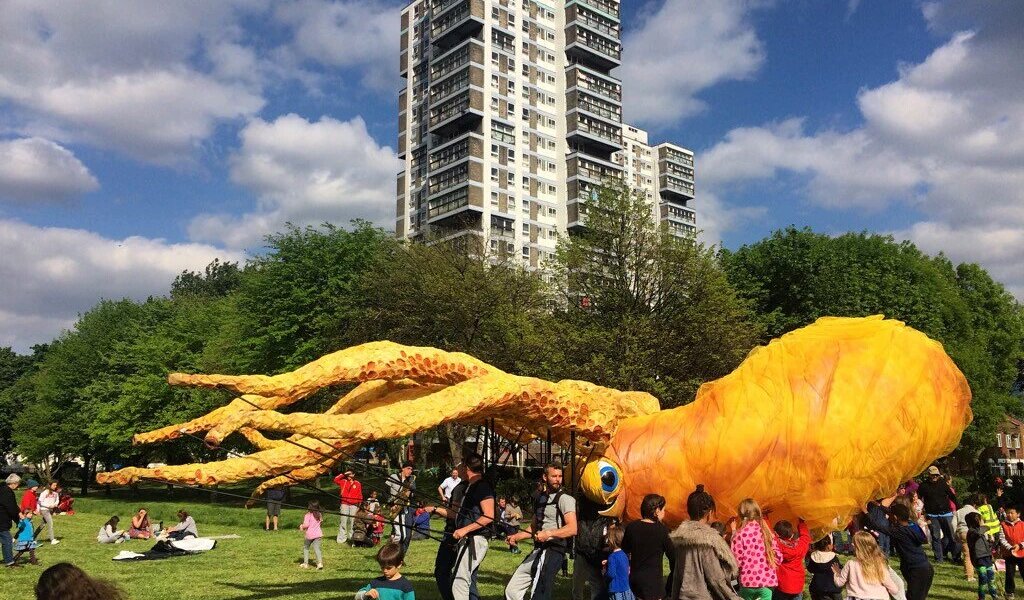 Early next month a giant squid will be roaming north Battersea in a spectacular public performance involving dozens of local schoolchildren.

Called Citizen Squid, the interactive play is based on a vast kraken appearing suddenly and sparking an urgent investigation.

The performance involves local children who are about to take the leap from primary to secondary school, encouraging them to embrace change and master fears of the unknown.

At first, the puppet’s tentacles appear mysteriously and are put into quarantine. But gradually they come together to form a whole giant squid and the children celebrate after they learn about this new creature.

A core group of between 25 and 40 children have been taking part in weekly workshops held at the Rose Centre, in Ascalon Street, Battersea, to prepare for their public performances.

The first play took place earlier this month and their second performance will be on Friday 3 June on the Patmore Estate.

Wandsworth Council leader Ravi Govindia said: “Thank you to all of the local partners who have helped to bring this superb project to life, especially the children themselves who are loving every minute of it! The first performance was superb and the finale is set to be even better.”

The project has been managed by Puppets with Guts, with the support of Wandsworth Council, The Yvonne Carr Centre, the Carey Gardens Estate Co-op, the Patmore Estate Co-op, the Rose Community Centre, Enable Leisure and Culture and was funded by the Wandsworth Grant Fund.

The Wandsworth Grant Fund offers grants to support a range of local community projects. Round three is open for applications with a deadline of Monday 19 July. Further details can be found at www.wandsworth.gov.uk/wgf.