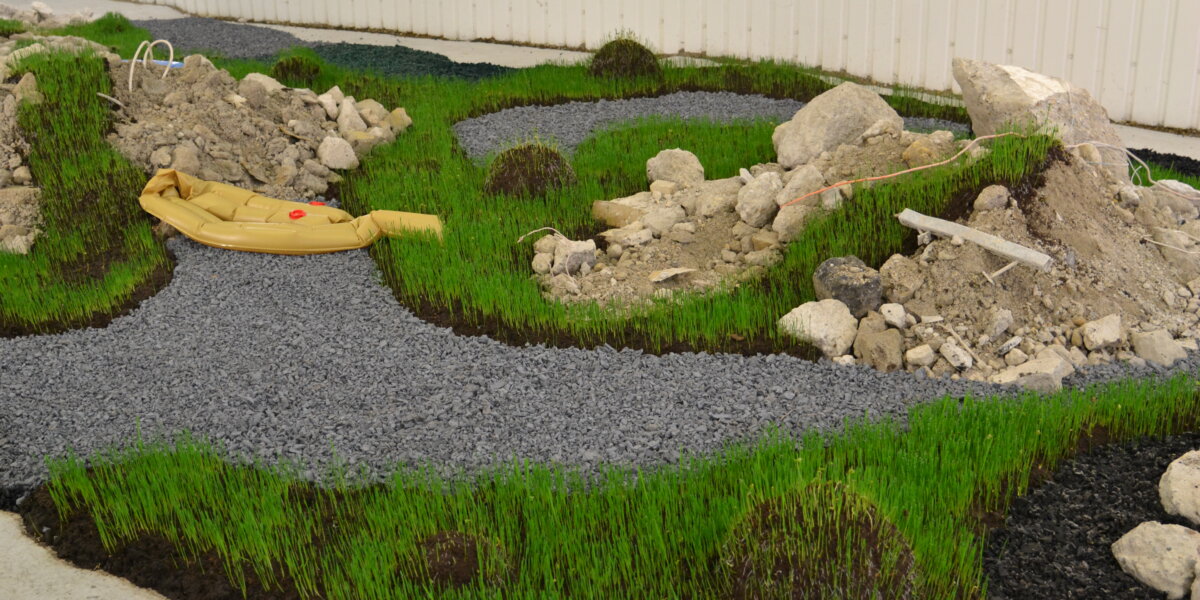 There is now just one week left to visit New Spring Gardens by Rachel Champion, a site-specific art installation in Vauxhall which explores the regeneration of Nine Elms on the South Bank.

New Spring Gardens, commissioned by the Nine Elms Vauxhall Partnership, has seen a Victorian railway arch transformed into an artwork using rubble sourced from Keybridge House, a Brutalist Vauxhall tower and former BT telephone exchange, which is currently being demolished as part of the area’s major regeneration.

New Spring Gardens was the original name of the nearby Vauxhall Pleasure Gardens, which in its time was a leading venue for public entertainment.

Jonathan Tyers, a property developer and art patron, established the garden as a cradle of modern painting, architecture, and music. In the mid 19th Century the park was sold and re-developed into residential housing before being cleared and restored back to parkland in the 1970s.

Rachel Champion’s work endeavours to reflect on the physicality of redevelopment by interpreting the idea of a garden as an urban space in transition.

This unusual “garden” is punctuated with other materials found in more traditional landscaped outdoor spaces, including living grasses and coloured rubber bark chipping.

The New York-born artist’s sculptures and installations investigate the materiality of the built environment, challenging the relationship between humanity and the natural world. The materials used in Champion’s installations often include living plant life, which is juxtaposed with commonplace building materials, industrial found objects, and municipal architectural renderings.