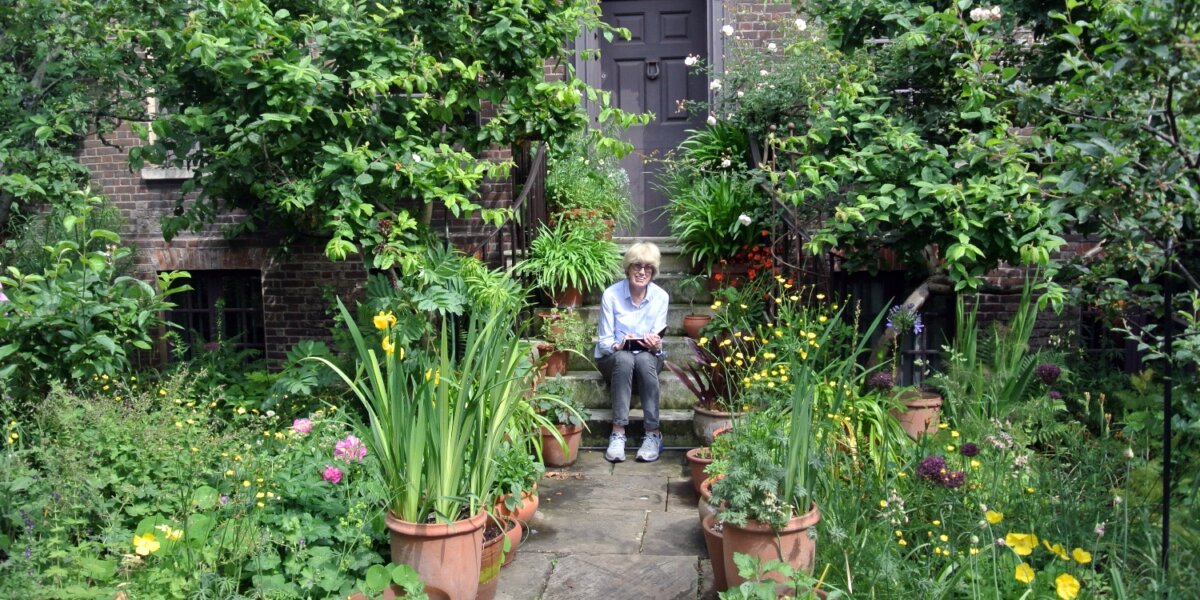 In Spring 2017 an exhibition of Hogan’s works will coincide with the launch of the newly redeveloped and extended Garden Museum.

Hogan’s paintings have always been concerned with enclosed green spaces and her series of paintings and drawings of the garden created by the Scottish poet/ gardener, Ian Hamilton Finlay was exhibited at the New Art Centre, Roche Court and featured in an exhibition at the Yale Center for British Art.  Artist-not-in-Residence will also be travelling to Yale, to be displayed in it’s entirety as part of Hogan’s retrospective in Autumn 2019.

Hogan’s response to the challenge of being an artist definitely ‘not-in-residence’ was to ask ninety people to nominate a green space in London along with a description of why it was significant to them.  The enquiry revealed the range of Londoners’ attraction and attachment to these spaces which, she says, include ‘horticulture, history, personal psychology, private myth, romance, and eccentricity’.  From this large and varied selection, Hogan will develop twelve into large-scale oil paintings, one for each month of the year.

The exhibition features six panels which represent the first year of the residency and include Chelsea Physic Garden’s seriated beds in August and the park of Chiswick House in the mist and frost of a cold February morning. These will be shown alongside etchings, sketch books and preliminary studies from the project and a short film about Hogan’s sketch books and their role in her artistic process.

Continuing the theme of process the exhibition will also showcase a further selection of the nominated gardens through pages from Hogan’s sketch books, descriptions and photographs of her at work by Sandra Lousada.

Artist-not-in-Residence captures and celebrates Londoners’ unique relationship with their green urban infrastructure and its importance for the city throughout the year.  As the culmination of Hogan’s residency and the inaugural contemporary exhibition at the Garden Museum, Artist-not-in-Residence reveals the continual inspiration of London’s green spaces-as they reflect the turn of the seasons-to both artist and city-resident alike.