Staff from the Wandsworth Plus credit union are set to hold monthly advice sessions at the Rose Community Centre. 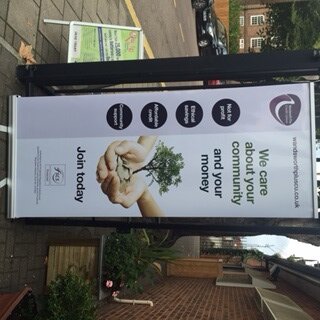 A credit union has extended its reach to help Battersea and Queenstown families avoid expensive loans.

The services of the Wandsworth Plus Credit Union, including loans with low interest rates and no fees for early repayment, are available to people living or working in the borough. But take-up of the services and the number of people joining the co-operative in Queenstown and Battersea has been low.

People with poor credit ratings are often turned away by high-street banks. But as a co-operative owned by its members, the Wandsworth Plus Credit Union can sometimes be more flexible.

Credit unions have the same financial services protection and are regulated just like banks and building societies, so savers know their money is safe. As co-operatives, they work with members to encourage better financial understanding and any profits generated are shared among members.

Staff will set out their stall once a month at the Rose Community Centre, in Ascalon Street, Battersea, to explain how the credit union works and the benefits of joining, and to help people sign up.

Cheryl Gale, chief executive of the credit union’s parent company London Plus Credit Union, said: “It is going to be great for our staff to be able to tell people about Wandsworth Plus Credit Union and the ways in which we can help people – both those facing hard times and also those who want to know their money is being invested ethically.

Wandsworth Council’s finance spokesman Cllr Guy Senior said: “We have been in partnership with Wandsworth Plus for over two years and we’ve found it provides a great service to our staff and residents – including those who can’t access high-street banks and building societies.

“Joining credit unions helps people improve their credit-rating scores and keeps them away from loan sharks and payday lenders. It’s great that officers from Wandsworth Plus Credit Union will now have a regular, visible presence at the Rose Community Centre.”

Find out more about the credit union at www.wandsworthpluscu.co.uk or drop in for the first monthly session from 10am until 2pm on Friday 30 September.