Detailed plans for new US Embassy

The US Government has submitted detailed plans for a new embassy complex at the heart of the Nine Elms regeneration area. 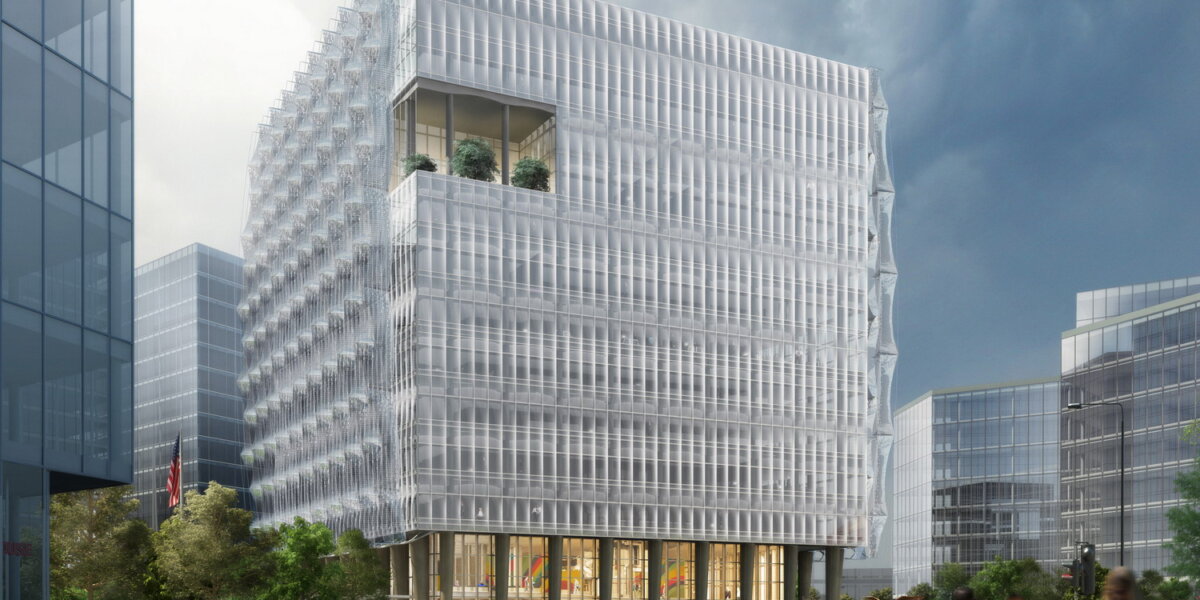 The US Government has submitted detailed plans for a new embassy complex at the heart of the Nine Elms regeneration area.

The scheme was awarded outline planning consent in 2010 and the new application provides more detail on the proposed appearance of the buildings, site layout, landscaping and access arrangements.

The Kieran Timberlake designed scheme is centred around ‘the Chancery’ – an 11 storey cube shaped building.

The north facing elevation is largely glazed, while the other three sides of the building have a distinctive outer shell made from a transparent material called ethylene tetraffluoroethylene (ETFE), with integrated photovoltaic panels to harvest solar energy.

Three single storey entrance pavilions would be located on the perimeter of the site to control access to the main building.

Photovoltaic panels would be installed on the roof and the main vehicle access to the site would be from Ponton Road which is currently being realigned.

There would also be space set aside for a new Barclay cycle hire docking station.

The area immediately south of the site is set to become a new public plaza. This new open space would form a key link in a linear park which will run all the way through Nine Elms from Vauxhall Cross to Battersea Powers Station.

Wandsworth Council has written to local stakeholders and residents to ask for their views on the proposals.

To view the application documents in detail and to leave a comment visit www.wandsworth.gov.uk/planning – search for application reference number 2012/2759.