More than 100 dancers took part in the Big Dance festival before crowds at Vauxhall Pleasure Gardens. 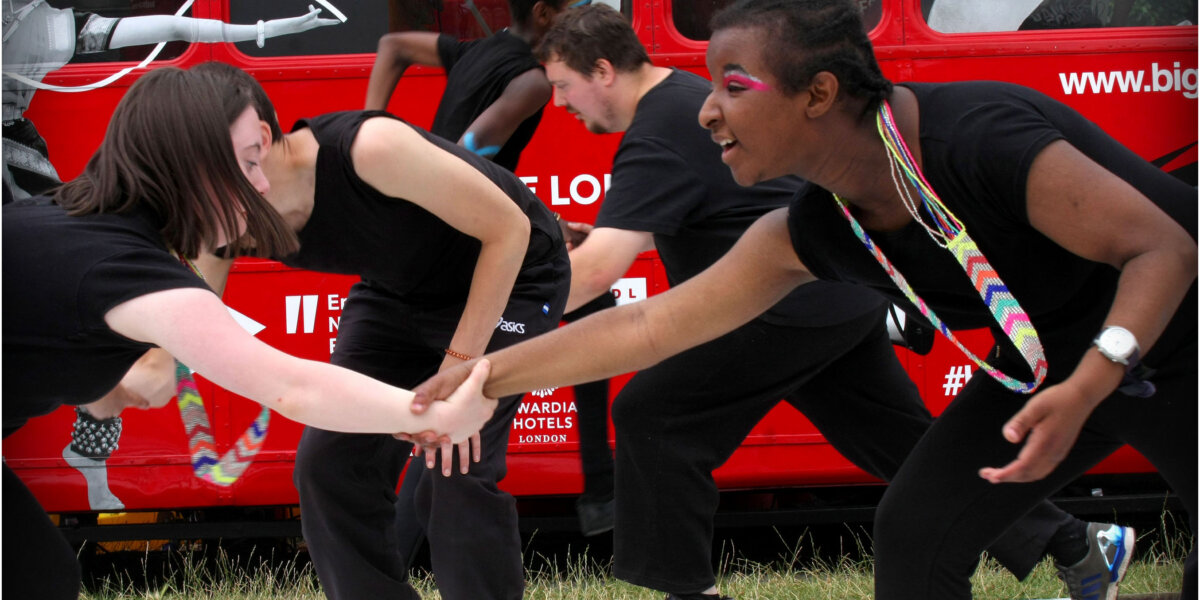 Scores of local dancers wowed crowds who flocked to Vauxhall when the touring Big Dance Bus rolled into town.

The converted iconic red Routemaster pulled up at Vauxhall Pleasure Gardens on Saturday 30 July giving more than 100 dancers the chance to perform before crowds.

The Big Dance Bus, which has been kitted out with a sprung dance floor, decks and a sound system, has been on a mission to bring dance to communities across the capital throughout the summer.

The Vauxhall event was one of the final stops on its swansong tour, as the 10-year Big Dance project is being wrapped up for good next month.

Stealing the show were members of Diverse Dance, a group of 13 to 25-year-olds, some with disabilities, who performed twice, with around 600 spectators making their way to the park over the course of the day.

Commissioned by the Nine Elms Vauxhall Partnership, members of Diverse Dance spent weeks rehearsing their routine during free sessions at the Rose Community Centre, in Ascalon Street, Battersea, ahead of Saturday’s festival.

Other group’s flying the flag for Nine Elms and Vauxhall included the Vauxhall-based Dilek Taptik School of Dance and Neon Performing Arts.

The touring bus’ professional dancers also treated visitors to a medley of dance styles charting the trends across the decades from Lindy Hop to breakdancing and “voguing” and wheelchair dancing.

They also led workshops, giving people the chance to have a go themselves throughout the day. One of the day’s highlights was a hula hoop workshop, with plenty of people from the crowd taking part.

It is hoped the event will leave a lasting legacy with more people spurred on to join local groups.

The last hurrah for Big Dance is set to take place in Hounslow Town Centre on Saturday 10 September, bringing to a close a project that has included more than 3,500 shows and in 2012 set the record for the UK’s biggest ever dance festival as part of the London Cultural Olympiad.

Lambeth Council Leader and co-chair of the Nine Elms Partnership Lib Peck said: “Big Dance is a fantastic event that promoted the cultural side of dance as well as it being a way to stay in shape.

“It is great that so many people got into the spirit of the day and hopefully it will leave a lasting legacy in its wake.”