Wandsworth Council has approved plans to replace the Christies Fine Arts Warehouse in Nine Elms with a mixed use development including 510 homes and new cultural space. 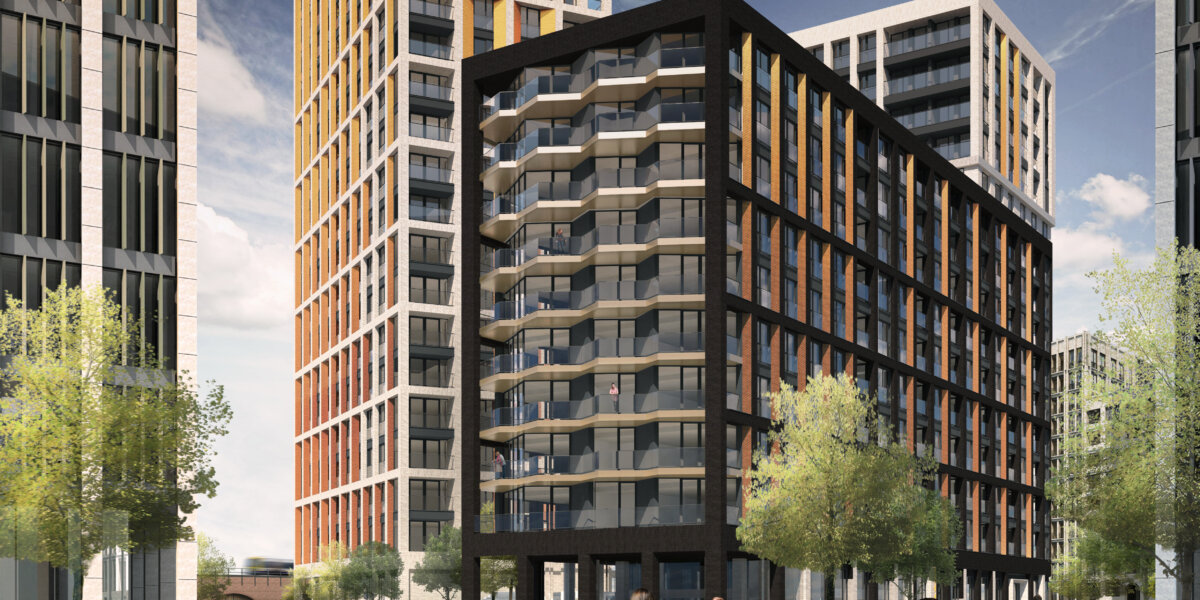 Wandsworth Council has approved plans to replace the Christies Fine Arts Warehouse in Nine Elms with a mixed use development including 510 homes and new cultural space.

The site is located in the heart of Nine Elms on the South Bank, London’s biggest regeneration project, which includes the new US Embassy, Battersea Power Station and New Covent Garden Market.

The proposal, by developer Bellway Homes, would see the warehouse demolished and replaced with two new buildings which at the highest point would be 19 storeys. The new blocks would be predominantly brick but with each having a different architectural treatment.

They would provide a total of 510 homes including 76 affordable properties and 114 set aside as private rent units which would be offered to local people on extended tenancies of up to five years.

As part of the planning application the homebuilder has agreed to pay an additional £10m to Wandsworth Council for providing ‘off-site’ affordable housing in the local area.

The scheme would also create 1,352 square metres of new commercial floorspace and 1,122 square metres of community use – some of which will be offered to not-for-profit cultural organsiations at 50 per cent of market rates.

A new outdoor public space would be created on the site, including part of the new Nine Elms Linear Park which will run all the way from Vauxhall Cross to Battersea Power Station.

The application also comes with a £9m contribution to extending the Northern Line into Nine Elms and other improvements to the area’s infrastructure.

“This is great news for Nine Elms. We are seeing more and more warehousing and industrial land making way for new homes, jobs and cultural attractions that will bring the area to life.

“This development provides another portion of the new linear park which will run right through Nine Elms as well as £9m for improving local infrastructure. There will be hundreds of new homes built including affordable rent and shared ownership properties.

“The scheme also provides some of Wandsworth’s first homes built specifically for the private rent sector. They will be reserved for local residents and offered on tenancies of up to five years to give more security than can usually be found on the open market.”