Crowds are expected to flock to Vauxhall Pleasure Gardens when the Big Dance Bus rolls into town on Saturday. 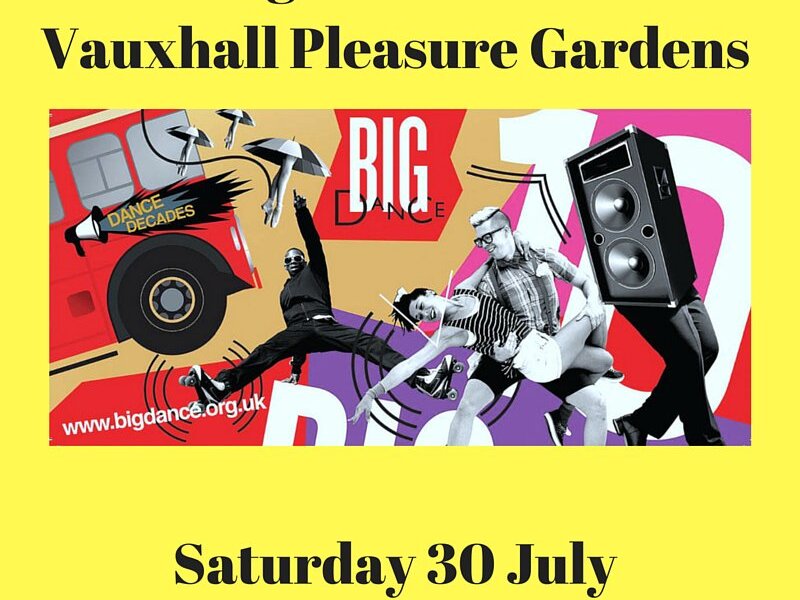 The quirky double-decker Big Dance Bus is set to rock up with its own dance floor complete with DJ, MC, sound system and resident dance company at Vauxhall Pleasure Gardens from 12pm until 5pm on Saturday.

During the summer months Big Dance has been driving dance into the corners of London, to get Londoners moving, dancing and exercising. The unforgettable experience can pop up in the most unusual places, creating thrilling “guerrilla-style” dance experiences for all to enjoy.

The programme is part of Big Dance, the UK’s largest festival of dance participation and performance, initiated and led by the Mayor of London since 2006.

The Big Dance Bus is a cross between Notting Hill Carnival and an old British tea party. Arriving in housing estates, parks, shopping centres, public squares, side roads, seafronts and festivals the bus treats crowds to a variety of incredible dance talents. The bus’s resident dance company, which is specially commissioned, performs a medley of routines taking the audience on a whistle-stop tour through the decades in Dance. Choreographed by Natasha Khamjani and Fleur Davidson, the performance will transport the crowd from the 1920s to the present day from the Charleston to swing, disco to “vogueing”, breakdancing and garage.

The Big Dance Bus is designed to give audiences the opportunity to enjoy professional performances, showcases from local talent and free dance classes from Lindy Hop, African, Bollywood and Wheelchair Street Dance – guaranteed to get everyone dancing.

For full details of the bus tour, visit: www.bigdance.org.uk/bus

Big Dance is a biennial festival and one of the world’s biggest and most influential dance initiatives, founded and funded by the Mayor of London in partnership with People Dancing and a network of leading dance organisations around the UK. In 2016, the Big Dance festival has included events across the country.

The Big Dance Bus has previously toured London & UK in 2010/2012/2014 and over 66 ‘bus stops’ have happened in many of the London Boroughs directly reaching over 500,000 people. Workshops, performances and showcases are presented as part of the programme and Resident Dance Company are the creative conduit that allows members of the public to directly engage in fun and inspiring dance activity.