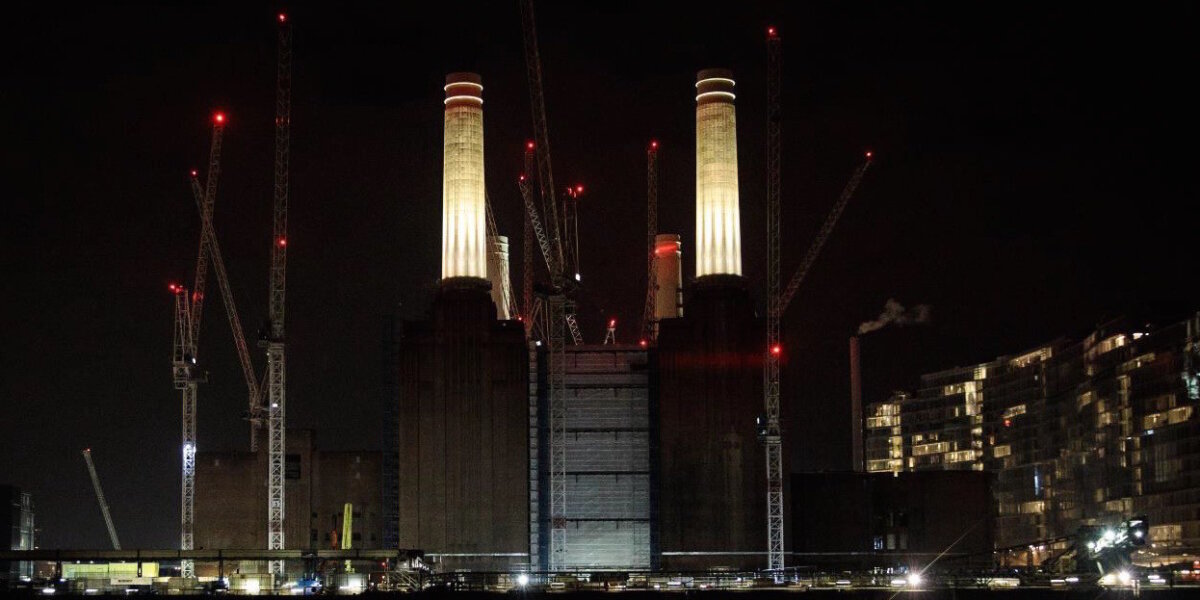 The inaugural switching on of the lights will take place on 4 November, ahead of the annual Battersea Park fireworks, which Battersea Power Station is a partner of this year.

The lights will be turned on every evening until Christmas, now that the first part of the new town centre at Battersea Power Station is open to the public and home to an ongoing programme of events, new shops and restaurants.

State of the art lights have been temporarily installed specifically for this milestone, ahead of the Grade II* listed Power Station building being fully restored and open to the public in 2020.

All four of Battersea Power Station’s chimneys have now been painstakingly dismantled and completely rebuilt following completion of detailed surveys and very close consultation and engagement with Historic England and the London Borough of Wandsworth. Both these organisations have been fully supportive throughout the process of restoring the chimneys to their former glory. All four chimneys are visually identical to the originals, right down to the colour of their paint.

The chimneys have been one of the key priorities for the Malaysian shareholders of the Battersea Power Station project, given their historical and cultural significance.

“The power is definitely back on at Battersea Power Station! Turning the chimney lights back on clearly signifies the tremendous progress the team is making restoring this extraordinary building. With many shops and restaurants now open, the new town centre is really taking shape.”