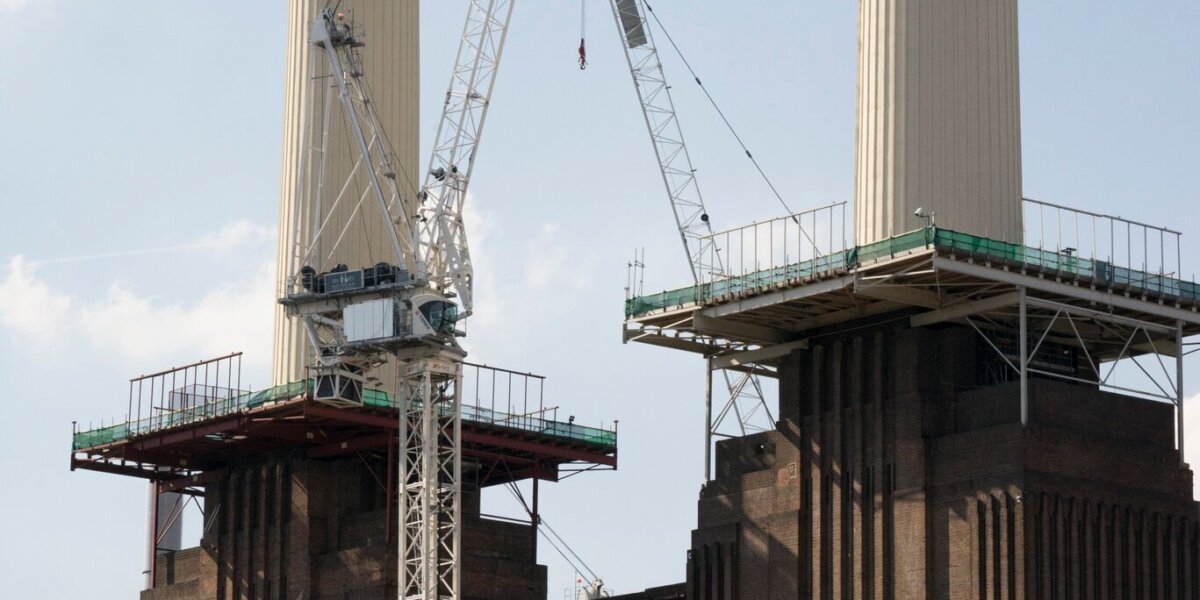 A chance to see first-hand the scale of the biggest regeneration project in Europe!

Londoners and tourists are to get the chance of a backstage tour of the £9 billion redevelopment project of Battersea Power Station. This world-famous Grade II* listed building is participating in Open House London and opens its doors to the public on Sunday, 17 September.

With the four newly rebuilt and repainted chimneys clearly back as a London landmark, what is not so clear is the scale of the work going on in their shadows in and around the largest brick building in Europe.

For most, the tour is the first chance to see inside the Power Station and what has been accomplished so far. To enter the ballot visit batterseapowerstation.co.uk/openhouse.

The project is so big that it has up to 3,000 workers on site a day. Peer over the edge of a safety fence not usually accessible to the public, and you will see an energy centre that is being built deep underground that will provide heat and electricity, not only to residents and businesses at the site, but also the wider Nine Elms area. To make this possible, hundreds of thousands of tonnes of earth has been dug up – much of it removed by barge – and a six-acre public park will be created on top of it.

Next to this sits the Power Station, its chimneys having been rebuilt to the specifications of the originals and then repainted the same original colour.

Boring machines have put 2,500 piles into the ground – significantly more than any other project since Canary Wharf was built in 1990 – to create foundations that reach up to 26m down.

At the same time as Battersea Power Station is being brought to life, people are moving into their homes in Circus West Village, shops and restaurants are opening, a pier is being built for MBNA Thames Clippers service – which will open this Autumn – and a new underground station on the Northern line at Battersea is being prepared with huge tunnelling machines already at work deep underground.

Tour ballot winners will be able to check out the new riverside location at Battersea Power Station which is now home to restaurants; No. 29 Power Station West, a village pub serving great food all day, and Mother, an Italian pizza restaurant from Copenhagen’s meatpacking district, that offers good, simple soul food, with many more restaurants to come in the coming weeks.

The Battersea General Store is now open selling fresh local produce as well as delicacies from around the world. The Village Hall, a local community arts and events venue has also opened and hosts a variety of events. Visitors over the weekend will also see the new pop-up spaces in a former railway arch, underneath Grosvenor Arch, which have been made available free of charge to small business and creative entrepreneurs and will be showcasing a variety of goods every Thursday through to Sunday until the end of December.

Rob Tincknell, CEO of Battersea Power Station Development Company, said: “It is an honour to be able to welcome so many people to Battersea Power Station every weekend and to allow so many more to see inside the Power Station during London Open House. It also gives everyone the chance to see the mammoth task we are undertaking to transform this once dormant area into a vibrant place that is attracting people from all over the world.

“With more restaurants, bars and businesses opening, it is great that so many people are enjoying the area every week. Whether you come here for the many events we put on for all ages every weekend, to enjoy a meal, or buy a coffee and watch the world go by as you sit by the River Thames, this is a fantastic place and is just going to get better.”