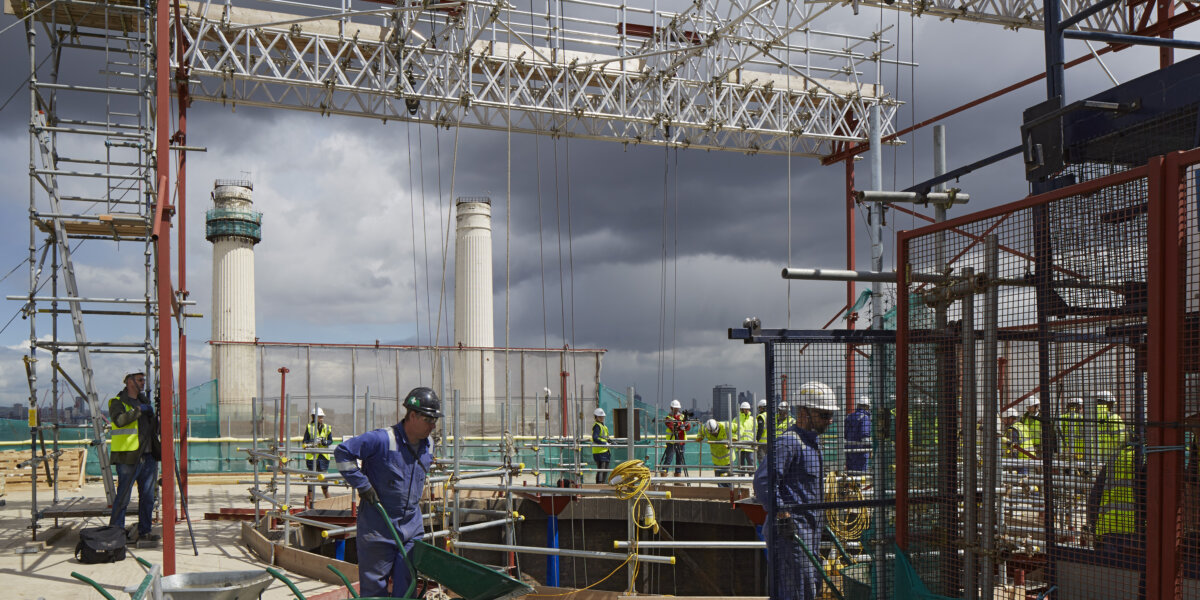 Battersea Power Station Development Company (BPSDC) and its principal contractors are hosting a jobs fair on January 19th 2016 for Wandsworth and Lambeth residents.  The event will take place at Battersea Power Station between 10am & 4pm at The Rose Centre (Ascalon Street, Battersea, SW8 4DL). The jobs fair is an opportunity for local residents to speak directly to one of the major employers in Nine Elms on the South Bank about current construction vacancies, and also to find out about future roles in retail, hospitality, catering and estate management which will start to become available once Battersea Power Station’s first phase, Circus West, opens from late 2016 onwards.

With construction well underway across 16 sites, and more due to start on site soon, a steady stream of live jobs are being advertised through Wandsworth and Lambeth Councils’ jobs brokerages, Wandsworth Work Match and Lambeth Working, whose role is to support local people into jobs.  The brokerage teams coach candidates through the job application and interview process to give them every chance of success.  As well as access to live jobs vacancies, Wandsworth Work Match and Lambeth Working can provide advice on accessing pre-employment training including the CSCS card necessary to work onsite, and offer specialist construction skills training to prepare local people for trades where there are significant skills shortages.  Examples include introductory courses in dry lining, fenestration/ curtain walling and asbestos removal, all of which are in high demand across Nine Elms.

Over £15billion is being invested in Nine Elms on the South Bank, one of the largest regeneration projects in Europe. The area, which stretches from Chelsea Bridge to Lambeth Bridge, covers parts of Wandsworth and Lambeth. Underutilised industrial land is being transformed to make way for 20,000 new homes, new public spaces, two new tube stations and 6.5million sq. ft. of commercial space. The construction programme is expected to create 22,000 new jobs before 2023 with 8,000 new roles at its peak, which is fast approaching.

• Residents interested in finding out more about the Battersea Power Station job fair are invited to email Karen Gray at kgray@bpsdc.co.uk

Wandsworth and Lambeth residents planning to attend the event should bring an up-to-date CV, ID and Proof of Address to register at the event on 19 January 2016.

Those interested in the live job opportunities, apprenticeships and training opportunities in Nine Elms on the South Bank should get in touch as follows:

• Unemployed young adults living in Battersea can get extra support from Wandsworth Council’s QUEST team which is dedicated to helping them find lasting work.  Email Quest@wandsworth.gov.uk or call 07768 987491

• Lambeth residents should contact Lambeth Working at lambethworking@lambeth.gov.uk or call on 0207 926 0500

About Nine Elms on the South Bank:
Nine Elms on the South Bank is the £15 billion opportunity area between Lambeth Bridge and Chelsea Bridge, and is one of the largest regeneration projects in Europe. The area, which includes part of Wandsworth and Lambeth, is being transformed from one of the capital’s last remaining industrial districts into a world-class destination right in the heart of London.

Already home to Vauxhall and Battersea Power Station, the area will also be home to the new Embassy of the Kingdom of the Netherlands and the new U.S. Embassy.

Throughout the area underutilised industrial land is being transformed into new public squares, parks, schools, Tube stations, homes, and businesses. It is fast becoming a strikingly modern addition to London and a new centre for culture on London’s South Bank.