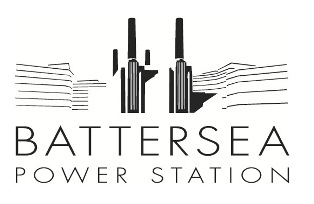 The financing is one of the largest real estate financing transactions this year and comprises:
• A £532m five year development facility to support Phase 1 of the development and the refurbishment of the Power Station itself over the next three and a half years;
• A £258.2m land facility, which refinances the initial loan used to fund the acquisition of the site onto a longer period of five years.

The facilities have been arranged with a group of international banks, including in senior syndicate positions CIMB (bookrunner and joint mandated lead arranger), OCBC, Standard Chartered and Maybank (joint mandated lead arrangers).  The banks have existing relationships with the shareholders of Battersea Power Station – SP Setia, Sime Darby and Employees’ Provident Fund, who together have publicly committed up to £1bn of equity finance to the overall development.

The terms of the financing reflect the strong pre-sales of property in Phase 1, which has seen a 99 per cent take up of the residential units at an unprecedented rate of sales and the appointment of contractors for Phase 1 and the Power Station restoration work which provides certainty on the cost and timescale of the development programme.

“The financing agreements are a key step in the development of Phase 1 and the restoration of Battersea Power Station and in bringing the iconic building into public use after 30 years. The agreements are a demonstration of both the level of confidence in this project, in London and internationally, and the strength of the relationships between the shareholders of Battersea Power Station and the banks.”

Work started on Phase 1 of the development, named Circus West at Battersea Power Station, in July 2013. Circus West at Battersea Power Station is a mix of 866 studio, one, two and three bedroom apartments, townhouses and penthouses as well as a blend of offices, shops, leisure and hospitality components designed by Ian Simpson Architects and de Ryke Marsh Morgan (dRMM).

The funding package will also support the refurbishment of the Power Station itself.  This includes the reconstruction of the chimneys to the original designs, which will begin next year. Under these proposals the Power Station will comprise a mix of shops, restaurants, cafes and bars, plus a state of the art events space, offices, a hotel and new homes.