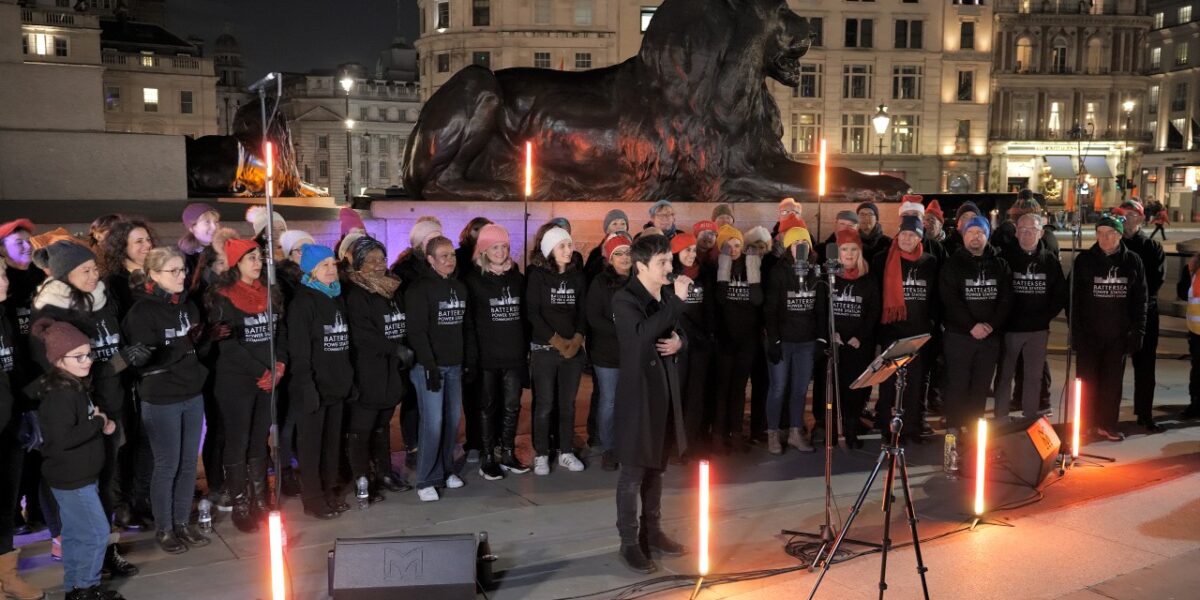 Jamie Cullum and the BPS Community Choir performed ‘In the Bleak Midwinter’ and ‘Winter Wonderland’ together, followed by festive classics sung by the choir.

The event, on 8 December, raised money and awareness for four London charities working to end homelessness – Centrepoint, Depaul UK, New Horizon Youth Centre and Albert Kennedy Trust and was held by the Mayor of London.

Ania Kalacinska, Battersea Power Station Community Choir member, said: “We couldn’t quite believe it when we received the invitation to perform alongside Jamie Cullum on stage in Trafalgar Square. It’s a huge honour and we are extremely excited to be a part of this fantastic event which is supporting a cause that I know many of the Battersea Power Station Community Choir are very passionate about. We have made many memories together since the choir was founded back in 2016 and I’m certain this will be an experience that none of us will ever forget.” 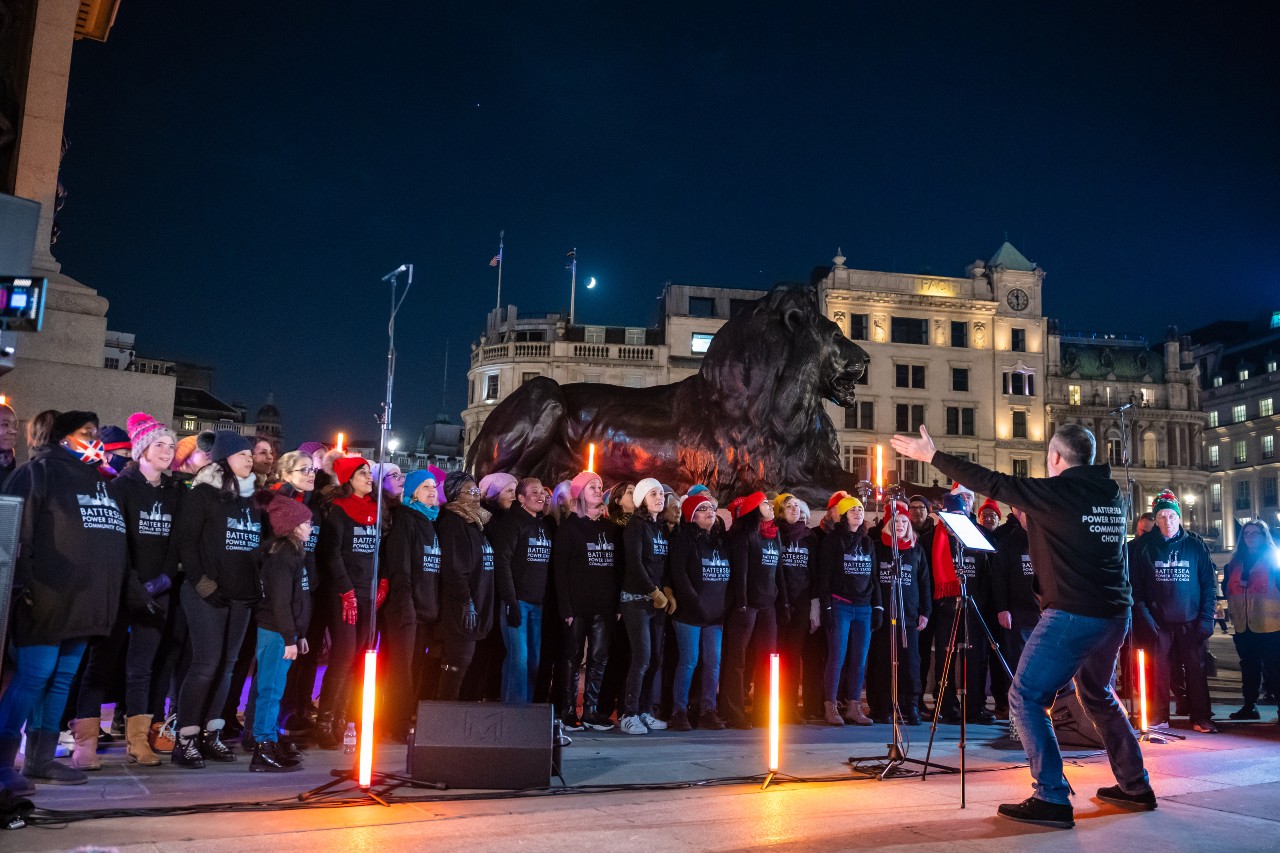 Founded in 2016, the BPS Community Choir has grown from 14 to over 80 members between the age of seven and 80 years old. The choir brings neighbours together in the ever-changing Battersea landscape.

Community and support was more important than ever during the COVID-19 pandemic, which saw the choir switch to singing together online for 18 months. For many members, coming together once a week provided the support needed to get through such a challenging time. 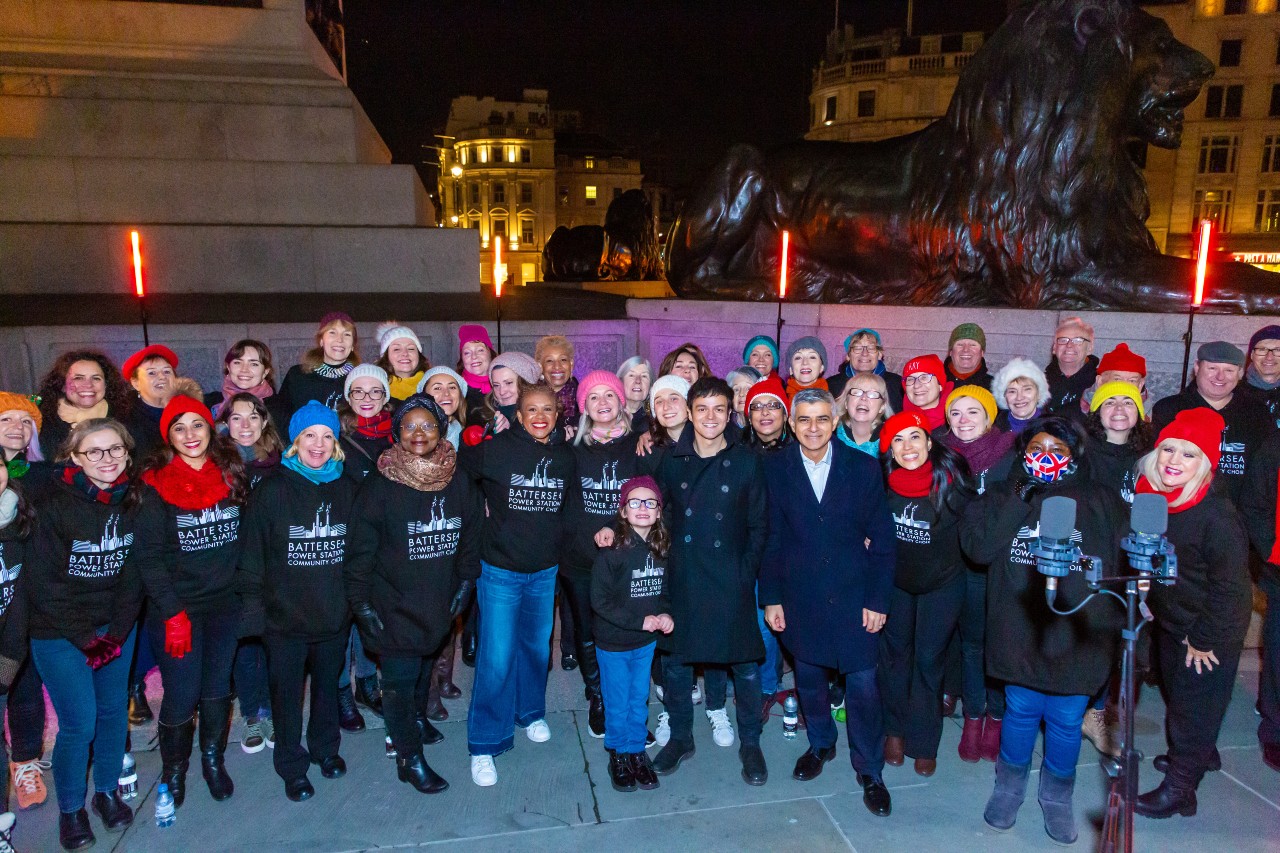 Reunited in early 2021, BPS Community Choir performed at celebrations for the first residents moving into the Power Station in May. In September, the choir celebrated the opening of the new Battersea Power Station Underground station by singing The Jam’s ‘Going Underground’. 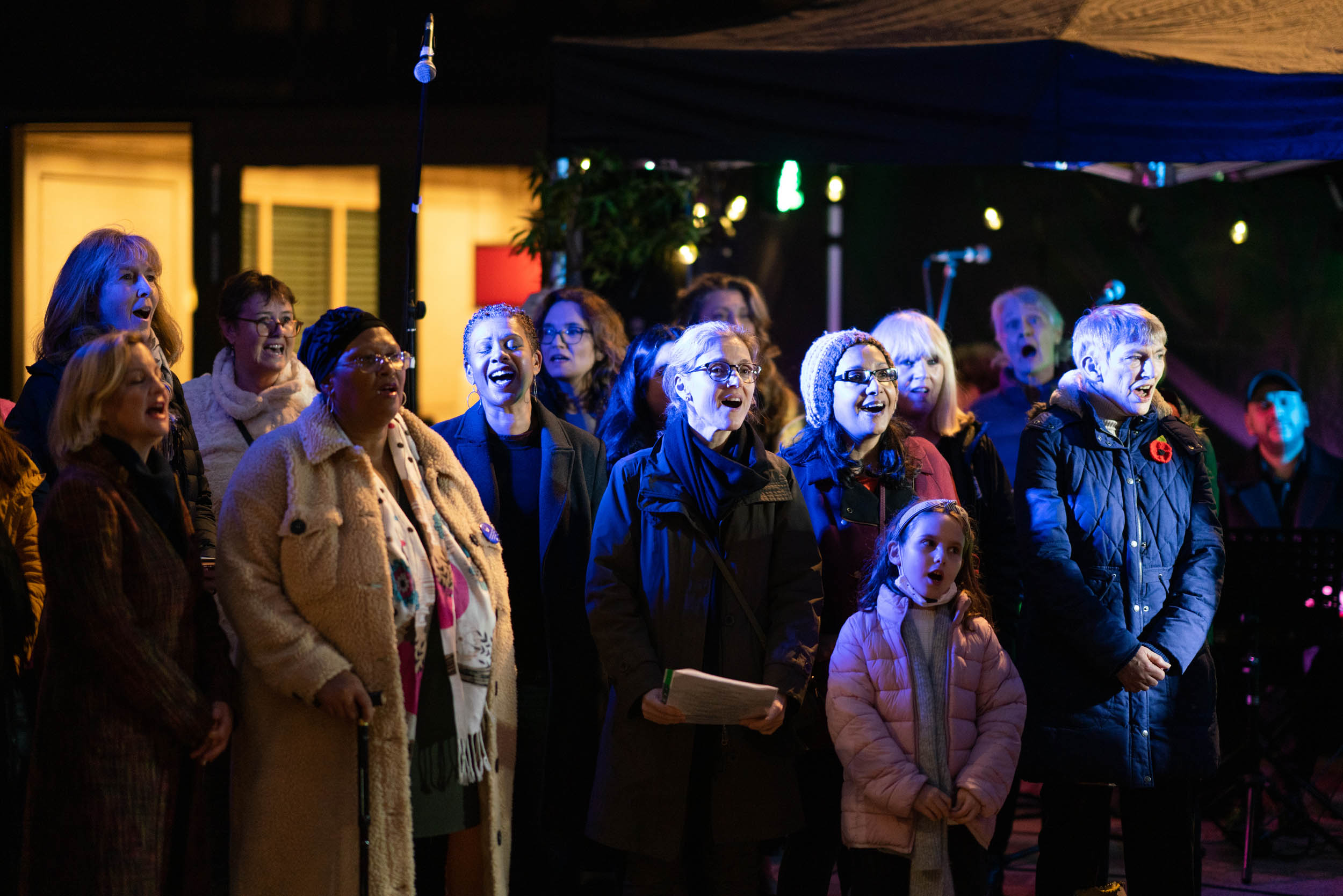 The Northern Line Extension celebrations continued with performances from the choir at the Line of Light, a free outdoor festival in October featuring lights and visual projections along the 3km route between the new stations at Battersea Power Station, Nine Elms and Kennington.

The BPS Community Choir is completely free for anyone to take part. For more information on how to get involved, email choir@batterseapowerstation.co.uk