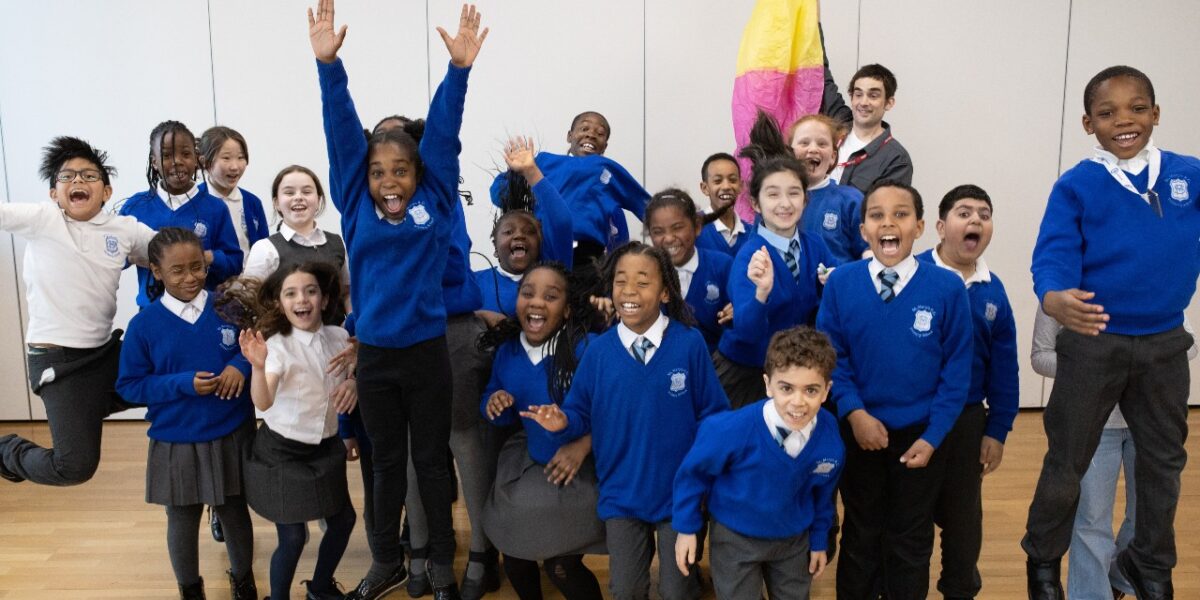 David Appleyard has been commissioned by developer St. William to develop a series of outdoor artworks for a public walkway on nearby Prince of Wales Drive, SW11.

His artwork takes its inspiration from the pioneering history of early aviation in the area. In the early 1900s, the Short Brothers famously developed ‘lighter than air’ balloons and ‘heavier than air’ aeroplanes in arches 71 and 85 which sit underneath the railway line that runs through Battersea to the north of Battersea Park Station and Prince of Wales Drive.

Uncovering fascinating stories of engineering feats and dare-doing, David has been speaking with the Wandsworth Heritage Service at Battersea Library, The Battersea Society and a former engineer and Fellow of the Royal Aeronautical Society who worked with the Short Brothers from 1959 to 1979 in Belfast.

David shared these stories and plans for his artwork with Year 5 pupils from St Mary’s RC Primary during a workshop that showed the class how to make their own ‘lighter than air’ balloon, flown in the school hall, bringing local history to life.

David Appleyard said: “It’s a privilege to be exploring some of the unique and inspiring stories of early flight in Battersea and sharing these with local young people.”

Pupils used patterns based on balloons that were made in Battersea in the early 1900s when it was possible to phone ‘788 Battersea’ or send a telegram to ‘Ballooning London’ to book a flight across the Channel. 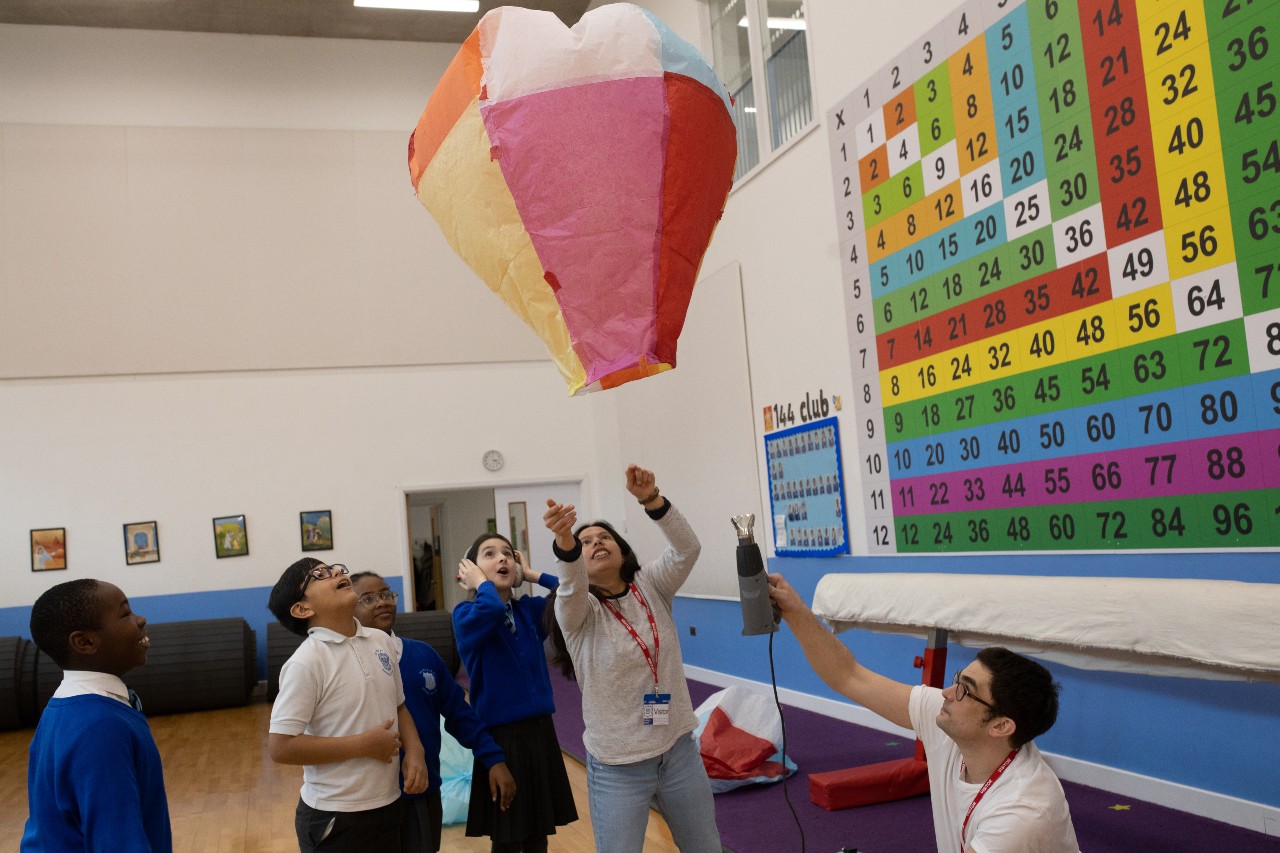 Year 5 pupils, Julie and Ellie, said: “I really loved that we were thinking about our dreams, like Oswald and his brothers [Short Brothers]. We got to make our own balloons and interact in groups, not just watch.”

Natalie Bailey-Green, Teacher at St Mary’s RC Primary, said: “It was an amazing day that incorporated local history, art, design, technology and science. The children were fascinated by every aspect of this project. I loved seeing the wonder and excitement on their faces when their balloons flew up to the ceiling of the main hall.”

David Appleyard’s permanent public artwork will be installed later this year at Prince of Wales Drive for the public to enjoy, alongside information about the history of the area. An accompanying booklet will published to celebrate some of the stories that inspired the his work.

In June, David will also be giving a talk on the project at the Wandsworth Heritage Festival about the inspiration behind the artwork.

The project is commissioned by St. William, part of the Berkeley Group, and this is the final creative project from the Prince of Wales Drive development’s cultural strategy. 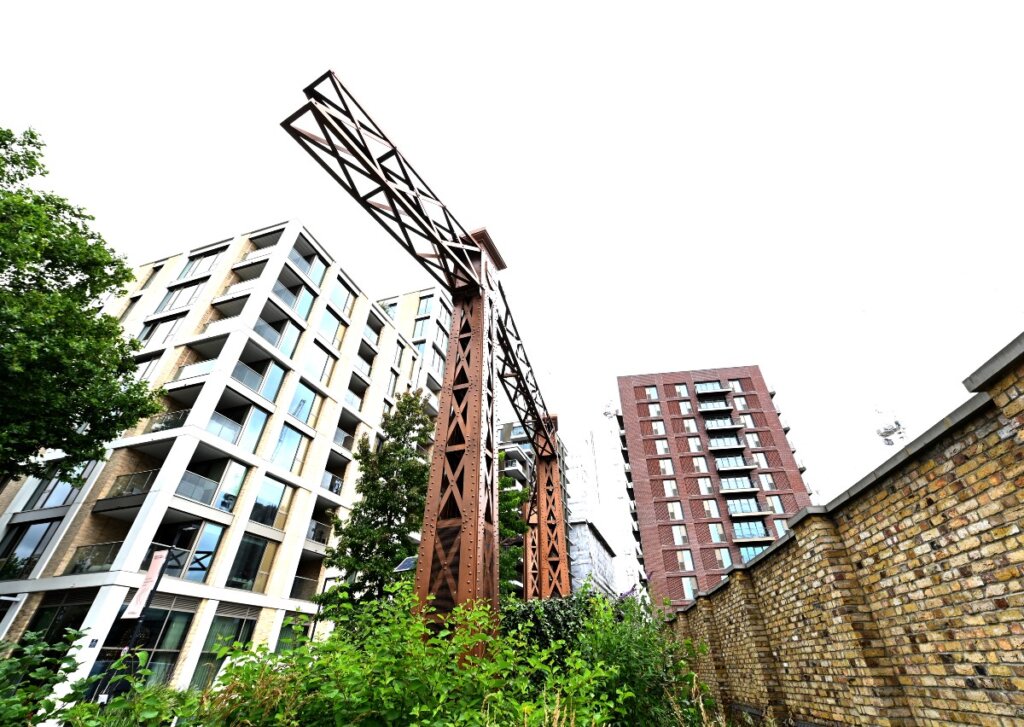 Sean Burke, Operations Director at St. William, said: “St. William is delighted to be working with David Appleyard, who has been able to work with local young people at St Mary’s to share his creative work and skills. We very much look forward to seeing David’s public art in situ at Prince of Wales Drive later this year and pleased that these will bring the site’s former stories to life.”

Inspired by local history? Watch the Fly Away video as part of The Nine Elms Sessions by World Heart Beat who dedicated the video to Battersea-based Hilda Hewlett, the first woman to gain a pilot’s licence in Britain.