Volunteers pitched in to spruce up the Savona Estate as part of a day of service in remembrance of the victims of the 9/11 terrorist attacks. 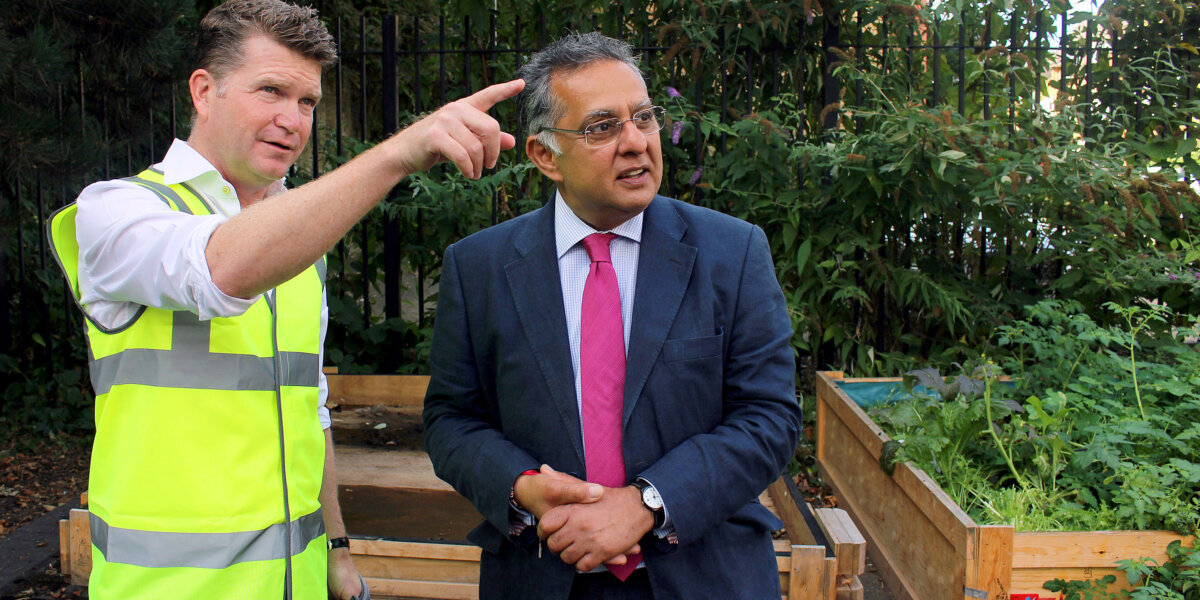 US Embassy staff were back in Nine Elms on Friday to help spruce up the neighbourhood during their annual Day of Service organised by Wandsworth Council.

Led by US Ambassador Matthew Barzun, staff were joined by local volunteers and a team from Battersea Power Station to take on jobs ranging from litter-picking to potting out planters donated by the new Sainsbury’s Nine Elms Point store.

Around 60 people took part in the volunteering day, staged every year to mark the anniversary of the 9/11 terrorist attacks on the US in which 3,000 people died.

Projects tackled by the team included planting herbs and flowers at the Rose Community Centre, in Ascalon Street, which had been donated by Willerby Landscapes, the company landscaping the grounds around the new US Embassy building in Nine Elms Lane.

The Day of Service is the latest in the embassy’s long-running volunteering programme, designed to build bridges with the local community ahead of the move to Nine Elms Lane next year.

Ambassador Barzun said: “I believe great progress comes from small, meaningful, caring acts repeated many times. So this fifteenth day of service as called for by President Obama is the perfect way to honour and memorialize the more than 3,000 people, including 67 British citizens, whom we lost in one horrible act of evil.”

Leader of Wandsworth Council Cllr Ravi Govindia said: “It was good to see the ambassador leading a team of people from the power station, the embassy and the local community working together as part of this year’s Day of Service. The event is a fitting way to remember the victims of the 9/11 attacks and the legacy of today’s hard work will be enjoyed by local people for a long time to come.”