People from across Nine Elms on the South Bank are expected to come together for this year’s Big Lunch. 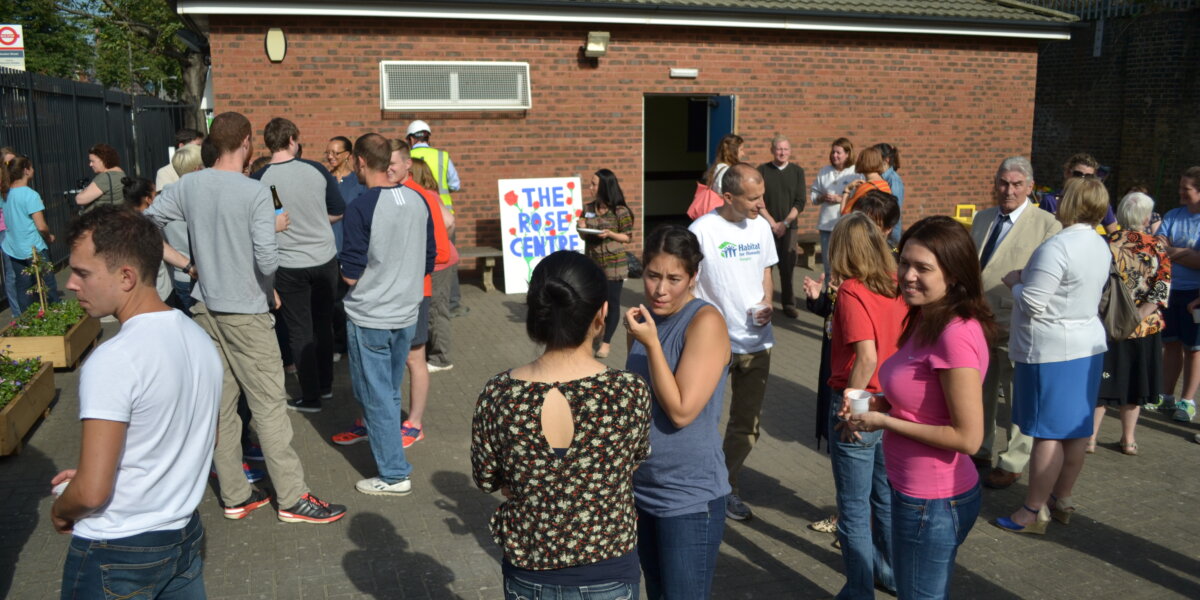 Three major community projects are set to be launched at an event where residents from across Nine Elms on the South Bank are invited to share a meal together.

Last year more than 100 people came to the Big Lunch family fun day and this year the organisers hope that it will be bigger than ever.

The Big Lunch will be hosted by the Rose Community Centre, in Ascalon Street, Battersea, on Saturday 25 June with an open invitation issued to everyone in the neighbourhood.

This year, as well as offering guests the chance to make new friends with people of all ages, the Big Lunch is also being used as a launch pad for the area’s contribution to a nationwide-drive to get more people dancing. A new community garden is being launched and a mobile healthcare clinic, which will visit the Rose Community Centre monthly, has also been given the green light by NHS bosses.

Marine plywood planters, made from recycled packing cases once used by Vauxhall-based Martin Speed to transport goods around the globe, have been delivered to the centre, while the Northern Line Extension (NLE) team has paid for and delivered the soil for the project. The soil was going to have been taken from the NLE excavation but it has too much clay in it to be suitable for gardening.

Staged every two years, Big Dance sees community groups the length and breadth of Britain performing choreographed routines at public events in their own communities.

Two instructors will be leading dance taster sessions, for people of all abilities at the Big Lunch in the hope of inspiring them to join a programme of six free weekly classes in preparation for a mass performance in Vauxhall Pleasure Gardens on Saturday 30 July, when the Big Dance Bus– an iconic London Routemaster converted to take dance into communities around the UK – will be visiting.

It is hoped that the project will spark a legacy of dance in Nine Elms on the South Bank that will last in the local community long after the tour bus has left town.

A team of NHS health promotion officers will be on hand to carry out blood pressure checks and other minor treatments at the centre once a month to cater for residents living in and around the Patmore Estate.

Free food for the Big Lunch is being provided by Sainsbury’s which is set to open a new store in Nine Elms on Wednesday 24 August.

Hardwired into the vision for the area is the importance of developing a new cultural centre for the South Bank, with new parks, performance and leisure spaces woven into the designs.