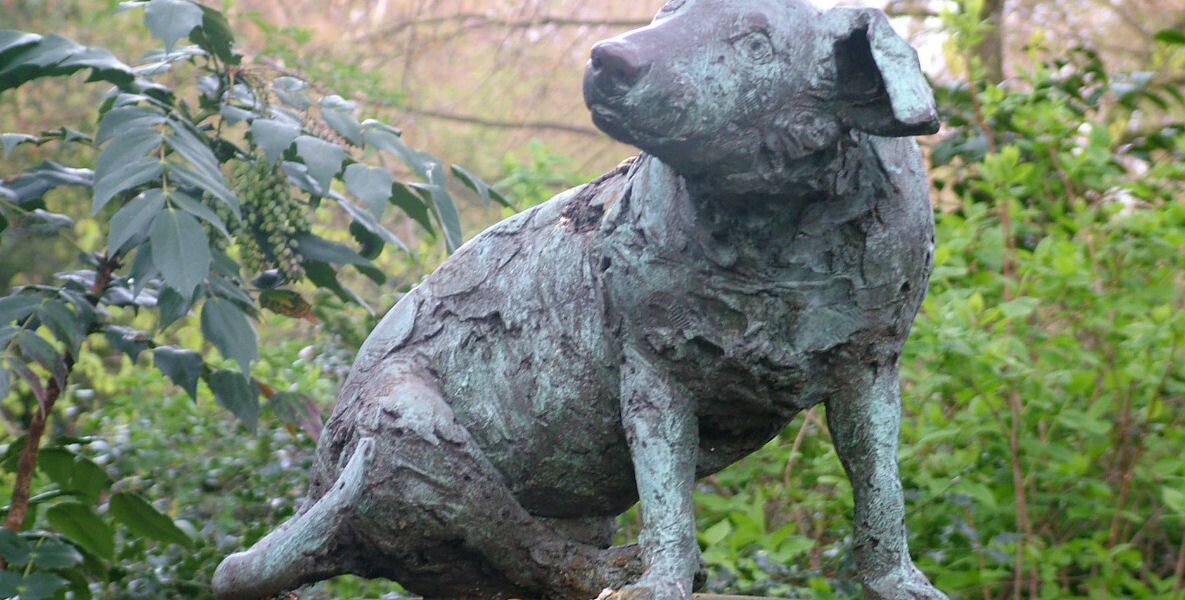 The current sculpture is the second iteration of this monument. Originally unveiled in 1906 by animal rights campaigners as a memorial to animals bred and used for the purpose of scientific experiments, the sculpture was removed in 1910. This was due to its contentious nature – it became a focus of both pro-science and anti-vivisection campaigners, which necessitated a 24-hour police guard for the statue in order to protect it. The current version is a reinterpretation of the original, and was sponsored by anti-vivisection animal rights campaigners.