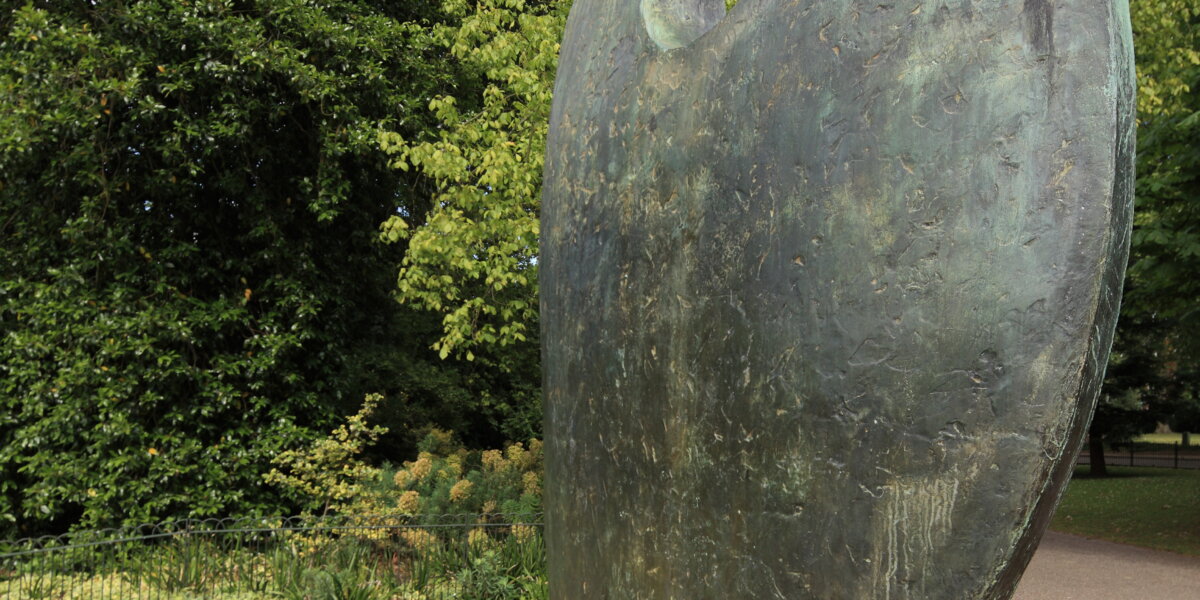 Single Form (Memorial) is a smaller copy of the work Single Form, which was commissioned as a memorial to UN Secretary General Dag Hammarskejold and installed outside the United Nations HQ in New York. The New York work was the largest work ever created by Hepworth, in 1970 art critic Edwin Mullins suggested, ‘it is a torso, it is a profile with an eye, it is an expanse of space in which the sun rises, it is a blade, it is a human hand… raised flat in a sign of authority, or of a salute, or of a gesture of allegiance.’