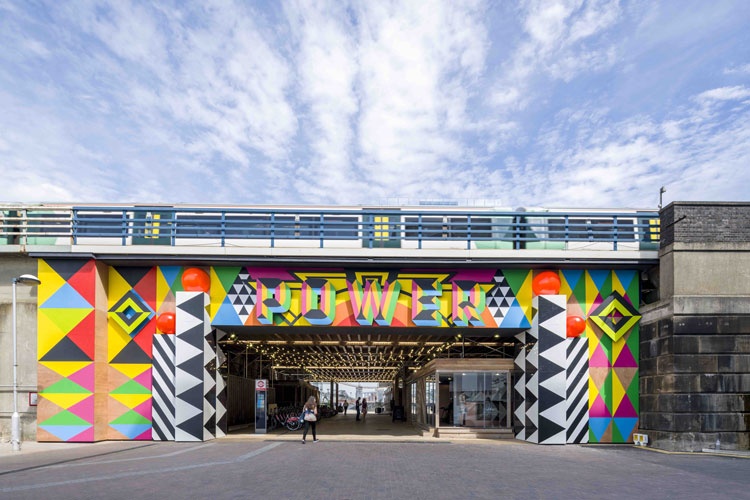 This is a new rolling outdoor sculpture programme in partnership with CASS Sculpture Foundation. The sculptures currently on view are by international artists Jesse Wine and Haffendi Anuar.

Local Vocals, the new commission from Jesse Wine references historical sculpture contemporaneous to the origins of the power station, by recreating and reinterpreting the work of Henry Moore, who studied at the Royal College of Art in the early 20th century, and presented work in Battersea Park. It also incorporates Wine’s signature style through the depictions of objects that adorn the stylised reclining figure.

Malaysian artist Haffendi Anuar has created Machines for Modern Living, a series of pilotis – traditional architectural columns that lift a building above ground or water, which commonly support stilted dwellings across Asia. The sculptural pieces are intended as surrogates of Battersea Power Station’s chimneys – bringing them within grasp through anchoring them at ground level within the Circus West Village site.