The next chapter of our fabulous autobiography. 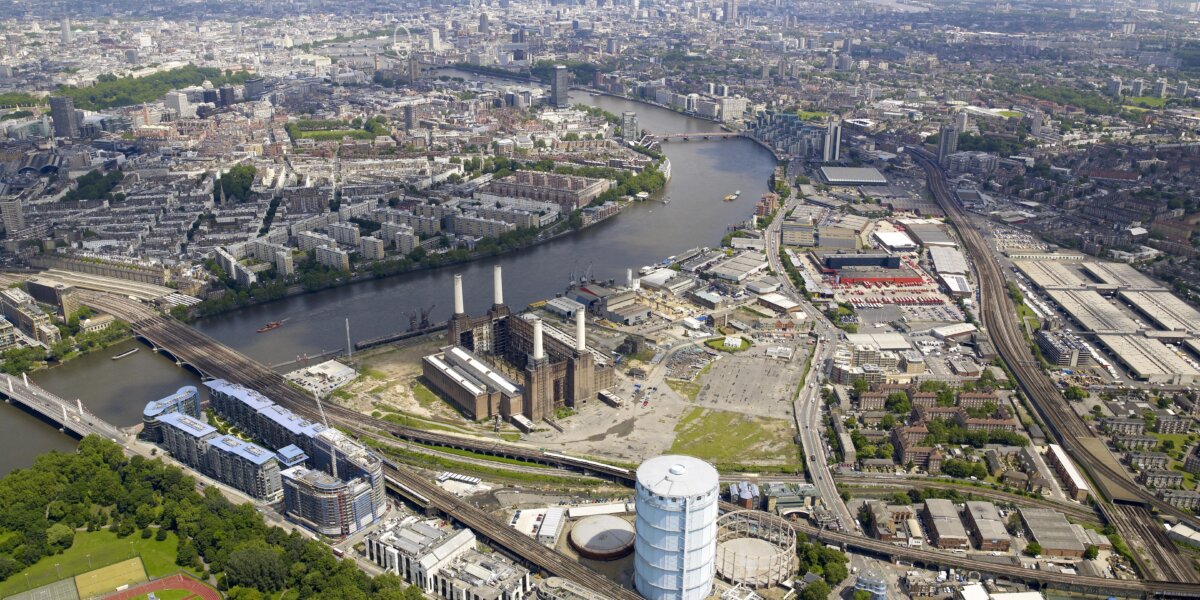 They’re really big but you can’t see them; they’re really loud but you can’t hear them. They’re only a small part of the story but you should see the video: a 750-tonne crane with impeccable precision lifted the two tunnel boring machines, Helen & Amy, into place to start work on the Northern Line Extension at Battersea Power Station.

This exciting major expansion of London’s underground is the first since the late 1990s. It’s fully underway and it’ll add two new tube stations: Nine Elms and Battersea Power Station along the Charing Cross branch of the Northern Line.

It’s tradition; digging cannot start until the machines are christened with a name.

With the two giants burrowing under the Boroughs of Lambeth and Wandsworth, another name is being heard across London: Nine Elms.

Its rich history and heritage is developing into the next chapter of its fabulous autobiography. That bit between Vauxhall and Battersea Park is no longer a collection of warehouses and industrial zones. Nine Elms is no longer a diamond in the rough because there are already gems here you should know about.

The Brand New Covent Garden Market is here, the Newport Street Gallery is here, the Royal College of Art has a studio here, the monumental MI6 building is here, the historic Vauxhall Pleasure Gardens have always been here. On the weekend, you can hear the beats from The Royal Vauxhall Tavern and Fire, two legendary nightclubs.

Our favourite Black Cab coffee is here. Zeitgeist London has a fantastic selection of German beer. Not to mention all the piri piri Portuguese food here.

Soon, the headquarters for Apple is moving in here. The new US Embassy will be here. A linear park stitched along Nine Elms with public art and a varied programme of events will mean walking through Nine Elms becomes a joy. Oh and it’s a 15-minute walk to Parliament from here.

But you probably knew that already from all the hubbub.

While there is a long-term vision that’s carefully considered, there is also an exciting vibe of progress and things to see and do now. Nine Elms on the South Bank is buzzing – with builders in hard hats yes, but with a new lease for life for the locals too. It’s on the next phase of its journey, with burning ambition. The locals already know it is culturally vibrant, the new things only add to its richness.

Bring your walking shoes and visit Nine Elms to check out the food, the outdoors, the heritage, the arts & culture. Hope to see you here!