Latest CGIs for Nine Elms on the South Bank revealed 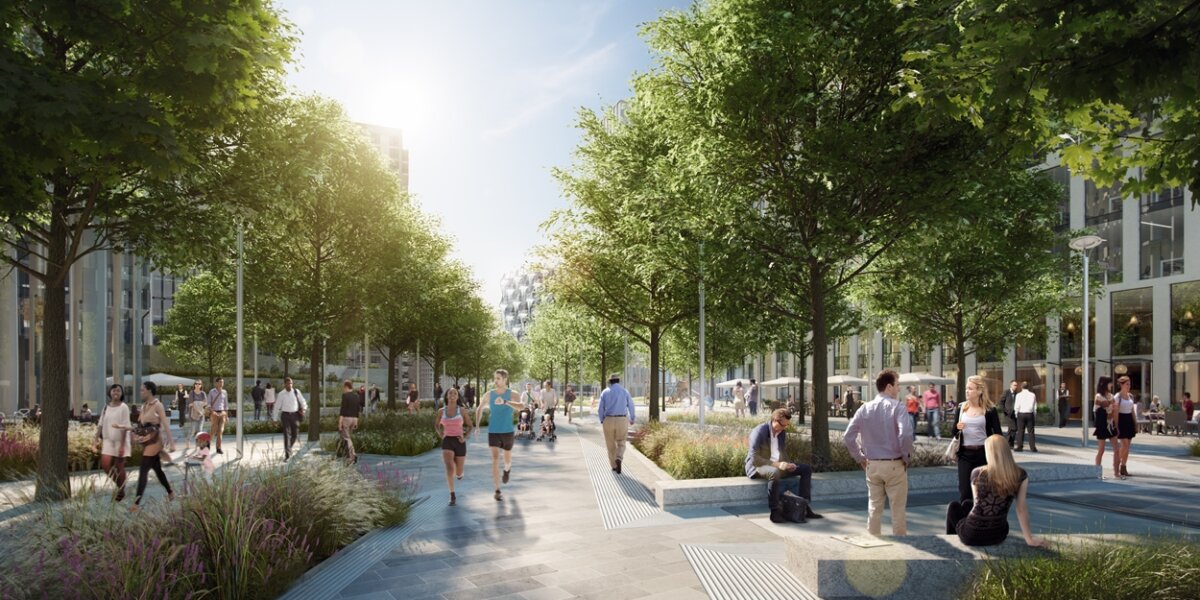 With MIPIM, the annual 4-day real estate conference, kicking off today, Nine Elms on the South Bank reveal new CGIs which illustrate how the area will become. With 20,000 new homes and 25,000 new jobs (in addition to 20,000 construction jobs) being delivered over the next 5-10 years Nine Elms will move from what was in parts an industrial wasteland to London’s newest destination.

These new CGIs, commissioned by the Nine Elms Vauxhall Partnership, give insight into this vibrant new piece of city, transformed by some of the world’s best architects and landscape architects. Encompassing two new town centres at Vauxhall and Battersea Power Station, Nine Elms on the South Bank will also include two new tube stations, the new US Embassy, a linear park and a revitalised New Covent Garden Market.

The Nine Elms Delivery Team is at MIPIM this week, showcasing its 3D model at the London Stand C15 with a Nine Elms on the South Bank panel discussion at midday on Tuesday 10 March.

Main image: This CGI shows the scope of transformation of one of London’s last remaining industrial districts into a world-class destination right in the heart of the capital. Already home to Vauxhall and Battersea Power Station, Nine Elms on the South Bank will also be home to the new U.S. Embassy and the new Embassy of the Kingdom of the Netherlands. Underutilised industrial land is making way for new public squares, parks, schools, Tube stations and 20,000 new homes. 25,000 end user jobs are being created, with 6.5m sq. ft. of commercial space across Nine Elms on the South Bank bringing new business opportunities and supplementing some 900 businesses currently located across Albert Embankment, Vauxhall and Battersea. The area is fast becoming a strikingly modern addition to the cityscape and a new centre for culture on London’s South Bank.

Image to the left: This CGI shows Vauxhall Pleasure Gardens, Vauxhall’s new tall buildings cluster and just some of Nine Elms on the South Bank’s numerous revitalised railway arches – many of which will be given new commercial and cultural uses. The Pleasure Gardens are at the heart of a burgeoning gallery quarter, which includes Beaconsfield Gallery, Gasworks and Pump House Gallery (in nearby Battersea Park) and will soon include Damien Hirst’s Newport Street Gallery and Charles Asprey’s Cabinet Gallery, both of which are expected to open later in 2015.

Image to the right: The CGI depicts the entrance to Nine Elms’ linear park, with a tree-lined boulevard leading to the new U.S. Embassy. The linear park will provide a beautifully landscaped, public and open space linking Battersea Power Station to Vauxhall Cross.  Delivered in stages, each segment will form a new link, seeing private industrial land reclaimed for public use, linking public squares, footpaths, cycle lanes and outdoor recreational facilities together with pocket parks.

Notes to editors: These CGIs have been commissioned and are owned by the Nine Elms Vauxhall Partnership and should be credited as such.