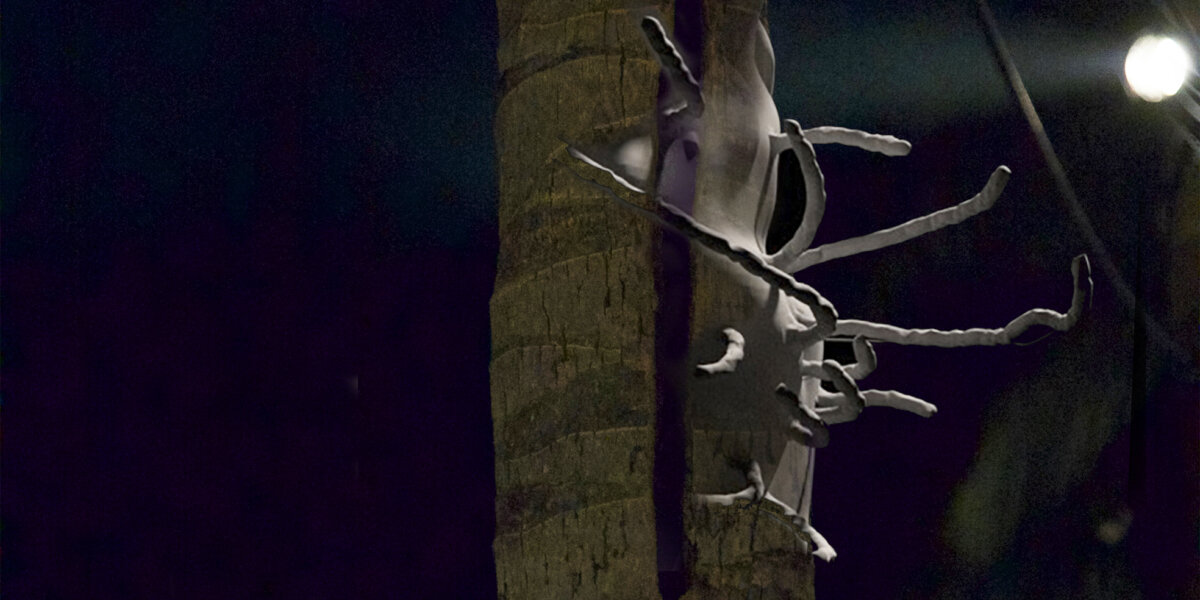 Part of the Dusk exhibition series curated by A- – -Z at StudioRCA Riverlight.

Susannah Stark and Karolina Lebek present new work exploring empire, language and spam, culminating in a hybrid installation with sound, moving image and live performance, made in various locations in Scotland and London.

Exploring the growth of luxury apartments and residential properties in areas shaped by interwoven histories and the cohabitation of low-income communities, the work will focus on the changing relationship of women to domestic space with regard to such luxury developments – existing as the backdrop for conversation about the relationship to the home, a ‘haunting’ of the idyll. Aiming to recast such architecture as mutating virtual projection, hollowed out and reinserted with voices both real and imagined, there is a constant oscillation between two-and three- dimensions, alluding to material instabilities. Using sound as a sculptural material they aim to bring about a situation where the boundaries of public and private spaces blur and the voices of past and present could interface with one another, creating a palpable illusion of space in the disjunction between digital visuals and low-fi sound effects.

The conversation between the artists will be constructed from multiple sources combining the personal, economic and spiritual into a rotating narration of contradictions inherent in contemporary living.

A little about the artists:

Karolina Lebek lives and works in London. Her practice is an investigation of the phenomenon of the sacred with particular interest in object oriented ontology and animism. Though desire to capture the affect of memory, Lebek is expressing subtle and perturbing worlds and building her own lexicon of symbolic language which is populated by unspoken narratives, haunting material mysteries and taboo consciousnesses. She graduated in 2016 with an MA in Photography from the Royal College of Art. Selected exhibitions include: Identify your limitations, acknowledge your periphery, Vitrine Gallery, Art Basel Jun – Sept 2017 ; MK Calling, MK Gallery, Milton Keynes, UK, Apr – May 2017; Uncertain States, Four Corners Gallery, London, 2015; Sensing Grounds, The Horse Hospital, London, 2015 ; Landscapes of Poland, Project Space, MK Gallery, Milton Keynes (solo show, 2012)