The festival plays host to the inaugural London Tournament: international fighters from “Battle of the Nations” will congregate on the Queen Anne Field for a tourney of medieval combat. In a full-contact, armoured, singles competition, knights from around the globe will compete to be crowned the first London Champion.

In the Agincourt Memorial Melee, the English team takes on the French team for bragging rights in the oldest rivalry.

Throughout the day, visitors will be treated to Shakespearean performances with a special focus on Henry V, Mummers Plays of St. George and the Dragon, Morris Dancers from Greensleeves Morris Men, medieval folk-rock band Princes in the Tower, and Punch & Judy puppet shows.

The Falconry Centre will present a falconry demonstration, as well as daring feats of archery.

Best of all, you’ll have the chance to wander the Medieval Market with Traditional English Ale for purchase and a Hog Roast turning on a spit at the Agincourt Arms. 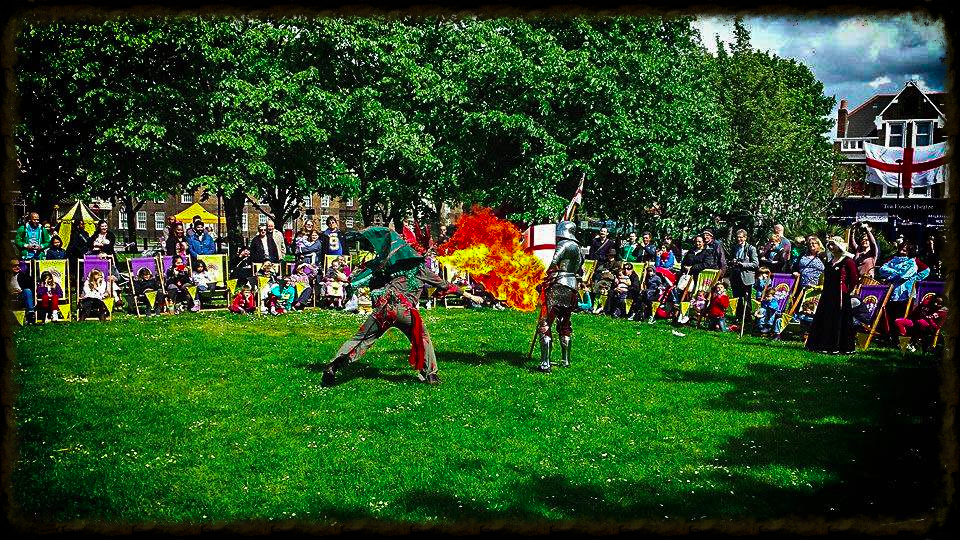