The US Embassy London, in partnership with Wandsworth Council, would like to invite you to a special one-off outreach performance of the world renowned Preservation Hall Jazz Band from New Orleans.

Members of the Preservation Hall Jazz Band will perform songs from the New Orleans traditional jazz repertoire and selections from their new album of original songs, “That’s It!”. During the show, Creative Director Ben Jaffe, whose parents started the legendary venue of the band in 1961, will briefly discuss the origins of jazz in New Orleans, a history of Preservation Hall and its significance in the American Civil Rights movement.

Event is free of charge. 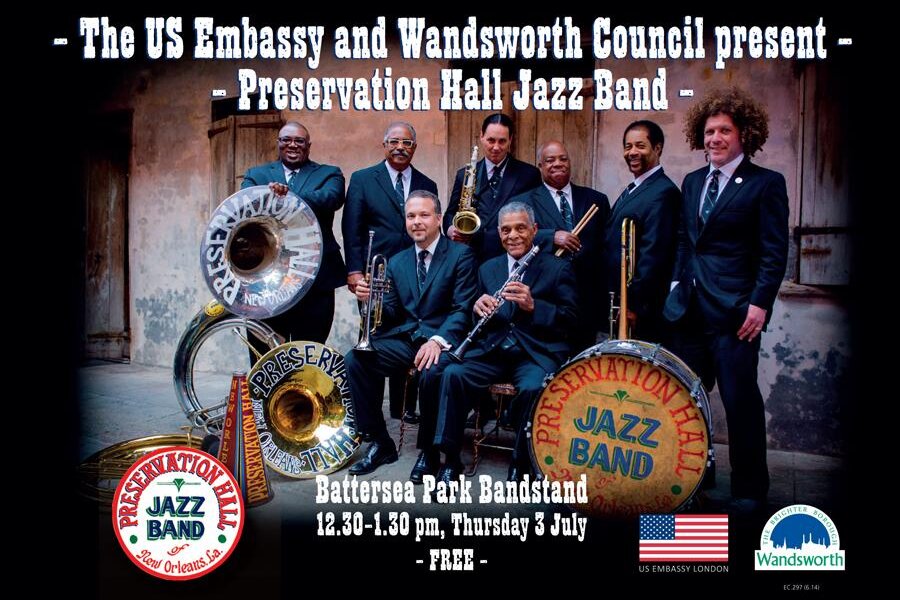