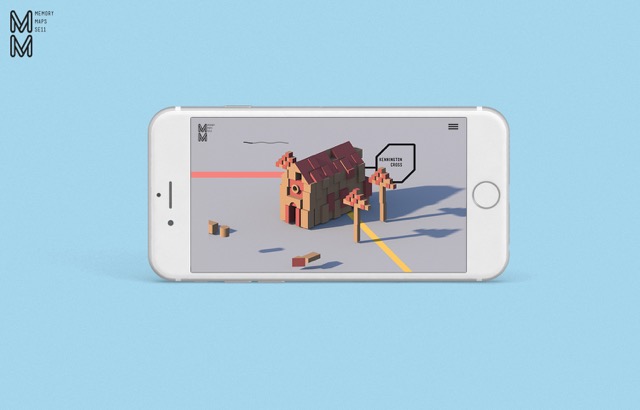 This exhibition is supported by kings.kitchen and Lambeth Libraries

In the last week of June studio ëpp will present Memory Maps SE11 – a series of walking routes inspired by interviews with the people of Kennington and Vauxhall. studio ëpp interviewed residents and people connected to the area asking them about places of general interest to them. Each interview has been turned into a digital walking guide with accompanying audio clip.

The interviews are conversational in tone covering what brought people to the area, what it was like when they moved there, how changes may or may not have affected them – interviewees describe some of their favourite places to visit. The project is a part of the London Festival of Architecture (LFA) 2017 which has the theme this year of memory.

Memory Maps SE11 features interviews with people whose time in the area spans from the 1950s to present day. Elizabeth Scott, along with her late husband, set up an architecture practice at their home on Cleaver Square in 1951. They worked on the post-war redevelopment of Walcot Square. They also frequented the former Regent Cinema off Black Prince Road, now a Tesco, whose streamlined shapes show off its Art Deco heritage “It was a splendid cinema, it was so beautifully built.. we used to go there about once a month and it had the most grand staircase.”

Annie Jessop moved to Kennington in the 80s and has noticed the changing landscape, Annie’s favourite route takes her from her home near Kennington Cross to the Garden Museum.

Osho runs The Osho Gallery on Lambeth Walk, a creative educational space, which provides a very visual insight through social, musical and sporting history, TV, film and ephemera. He remembers some of the old traders who had been trading on the Lambeth Walk for some thirty years when he began his own business.

Architect Deborah Saunt has had a longstanding fascination with the area, visiting as a student and being struck by its lack of visible landmarks. 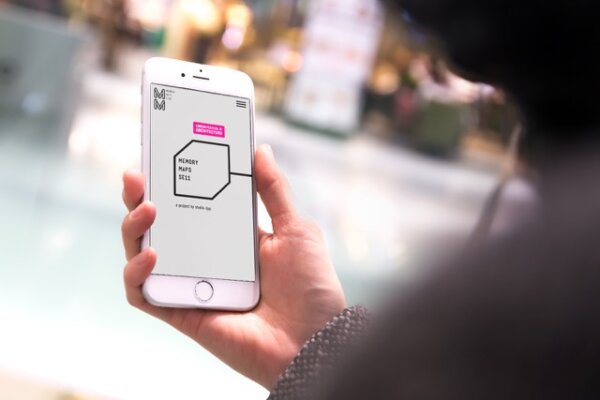 studio ëpp’s take on the project:

“We were interested in hearing how people experience their surroundings and how different people experience the same space over a period of time. Each interview provides a personal account of the relationships people have developed to this particular neighbourhood. The main challenge was to both design a simple navigational tool unified by one identity and to visually reinforce the stories that are heard. We wanted to provide a fun eye-grabbing piece of work that would be easily followed and translate well to its exhibition form.”