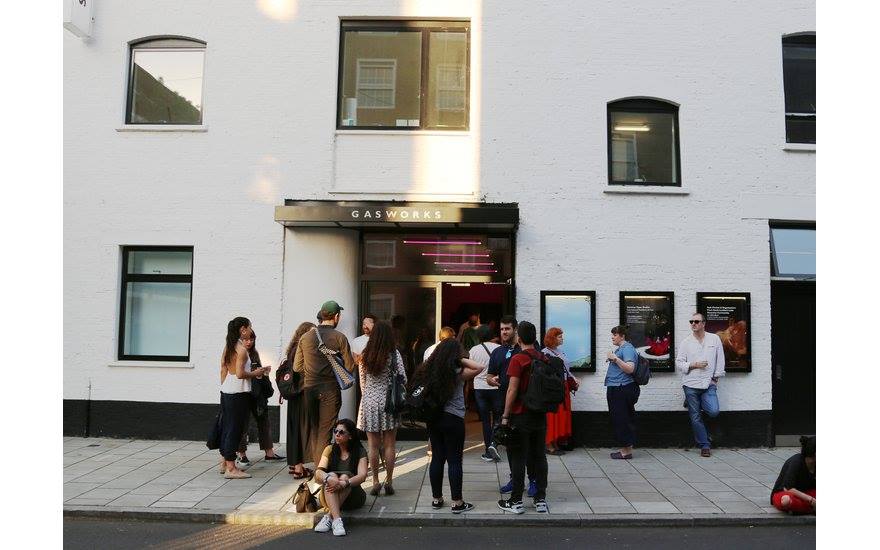 Gasworks is pleased to invite local residents, community groups and businesses to a free breakfast event on 6 June. Join us for coffee, tea and pastries, say hello to our team, and meet other locals! Drop in any time between 8.30 – 10.30am.

Visitors can also take a look around our current exhibition Orphan Dance, the first UK solo exhibition and a major new commission by Buenos Aires-based artist Osías Yanov. Developed on site during his residency at Gasworks, the exhibition transforms the gallery into a ritual space in which to re-imagine the relationships between humans and machines.

We will also be screening La Escuela, a film made collaboratively by Seth Pimlott and organisations from South London’s Latin American community including Escuela Gabriel Garcia Marquez, a Spanish-language Saturday School in Kennington; Sin Fronteras, a young women’s support and political advocacy group organised by the Latin American Women’s Rights Service; Cali Swing Dance School, the largest salsa academy in the UK; and activists from the Pueblito Paisa campaign in Seven Sisters.

The workshops explored the intersection of personal biographies with national histories, including the violent conflicts that forced some families to flee abroad. Collective and creative engagement with these histories became the basis for re-imagining personal narratives, which has informed the story told in La Escuela. Running time approximately 20 minutes.