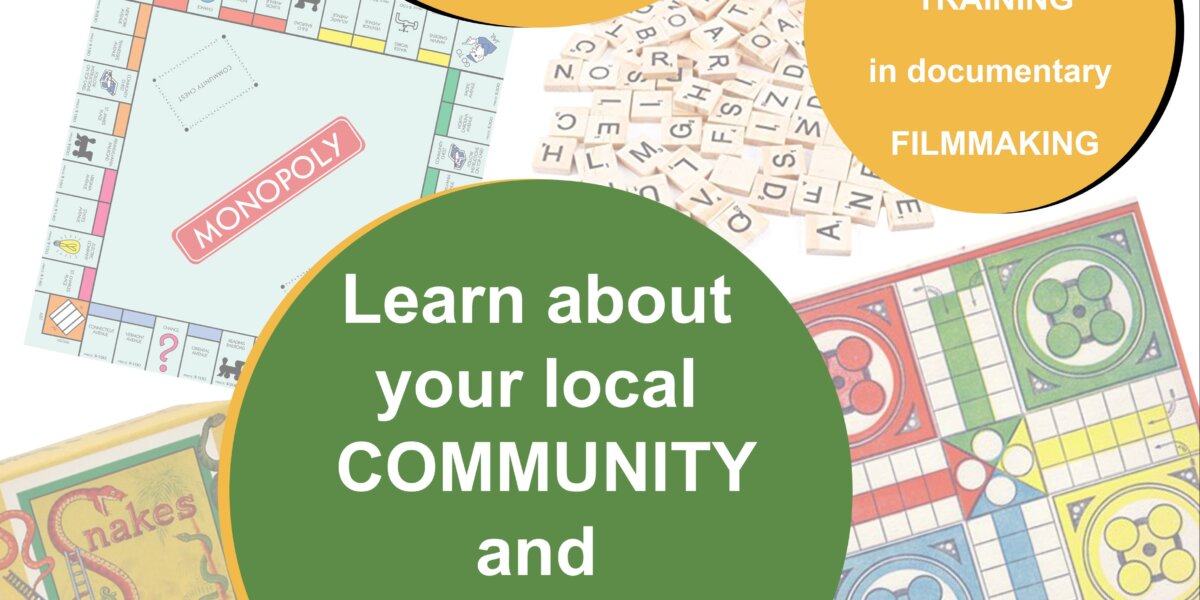 This summer, Chocolate Films facilitators will train and support participants from every generation in making short documentary films. This will include training in using professional filmmaking equipment to shoot their films, creating shot lists and interview questions, and editing using Final Cut Pro- all supported by professional filmmakers

Participants young and old will work as a film crew, to produce a selection of short documentary films whilst playing board games and sharing stories. The workshop participants will determine the outcomes of the film by choosing the style of their film, the subject and questions asked in the documentary interview. The workshops will not only empower the young people, but also the older generation and will build a sense of togetherness in the local Peabody community.

The documentary films created during the workshop will have the opportunity to be added to our award winning web series 1000 Londoners project ( http://www.1000londoners.com/ ). 1000 Londoners is Chocolate Films’ flagship project and award-winning web series. The project’s primary aim is to promote community cohesion and a greater understanding between diverse communities living in London. This platform will allow participants to have their documentaries seen by a wide and diverse audience. 1000 Londoners is a decade long project and will be added to an ever-growing archive of films. This platform is open for everyone to view and easily accessible.

Participants will have the opportunity to gain AQA Unit Award accreditation during the workshop.